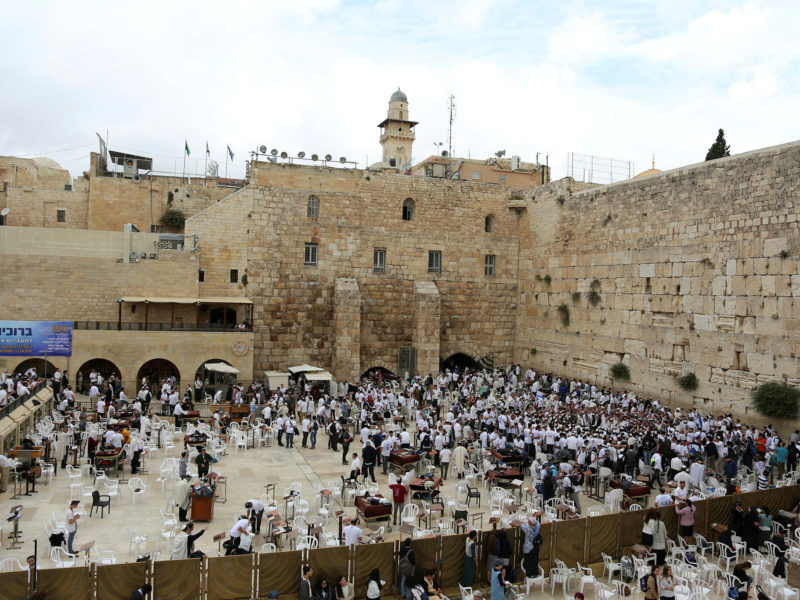 Minister of Religious Services David Azoulai, a member of the ultra-Orthodox Shas Party, resigned Sunday from a ministerial committee charged with implementing plans to expand a pluralistic prayer space at the southern reach of the Western Wall. Azoulai was the third member of the committee to resign in a week, following Justice Minister Ayelet Shaked and Culture Minister Miri Regev last week, leaving Prime Minister Netanyahu and National Infrastructure Minister Yuval Steinitz as the only members of the committee.

The decision to expand the Robinson’s Arch prayer space dates to a January, 2016 agreement between the government, the Women of the Wall monthly prayer group and representatives of non-Orthodox Jewish groups, who agreed to use the alternate site for mixed-gender prayers provided that the space was expanded and that appropriate signage was provided at entrances to the Western Wall complex informing visitors of the new section.

Representatives of the ultra-Orthodox parties also signed off on the deal, but quickly came under fire from the powerful Haredi press, which is vociferously opposed to granting any state recognition to streams of Judaism not based on the observance of Jewish law (halacha). Netanyahu eventually bowed to pressure from his haredi coalition partners and shelved the compromise last June.

Zionist Union MK Nachman Shai, a member of the Knesset foreign affairs and defense committee and the chairman of the Knesset lobby for US-Israel Relations and lobby for Strengthening the Jewish People, called the collapse of the committee a “disaster” and said Netanyahu has a responsibility to find a solution to unite all streams of Judaism. Steinitz added in an interview with Army Radio on Sunday morning.

“(Opposition to the new prayer section) only harms Zionism,” Steinitz added.” There is nothing new or substantial in (constructing a) Reform Judaism plaza. There is nothing worth fighting about.”

For just $100 per month you can bring the gospel to 10,000 homes. Join us as media missionaries! GIVE NOW
VIEW COMMENTS
« Video of the Day: Reach Initiative International Former Chief Rabbi: Poles ‘shot selves in foot’ With Holocaust Law »