BREAKING
Israel-led Team Solves Mystery Why Lightning Strikes Fewer Times Over The Ocean...
Tourism In The Holy Land Is Soaring Back Up To Pre-Pandemic Highs
Lapid Speaks Directly To Palestinians—Offers Them “Another Way” Out Of The Ongoing...
Home News Shin Bet Apologizes After Detaining Jewish American Journalist 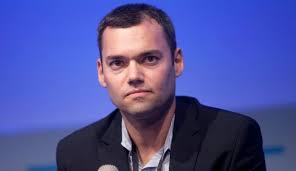 The Israel Security Agency (Shin Bet)  issued an apology Monday after the Jewish American journalist, author and academic Peter Beinart was detained and questioned at Ben Gurion Airport when he arrived in the country for his niece’s bat mitzvah earlier this week.

Beinart, who in the past has advocated for a boycott of Jewish settlements in Judea and Samaria,  published a blog post in the American Jewish website The Forward in which he said he had been taken aside for questioning and asked whether he had ever participated in any demonstrations in Israel. On Monday, the Shin Bet said Beinart had been detained due to “the mistaken considerations of personnel on the ground. We apologize for the inconvenience suffered by Mr. Beinart. The head of the Shin Bet has ordered an inquiry into the incident.”

Prime Minister Benjamin Netanyahu said via a statement from the Prime Minister’s Office that he had spoken with the agency to inquire the incident occurred and was told it was due to an administrative error. “Israel is an open society which welcomes all – critics and supporters alike. Israel is the only country in the Middle East where people voice their opinions freely and robustly,” Netanyahu said.