BREAKING
At Least 1 Killed, 22 wounded In Bombing In Jerusalem by “Organized...
United Arab Emirates To Include Holocaust Education In School Criteria
US Group Wants Israel To Become Key Hub For Medical Supplies, Replacing...
Home Articles Should Christians Share The Gospel With Jewish People? 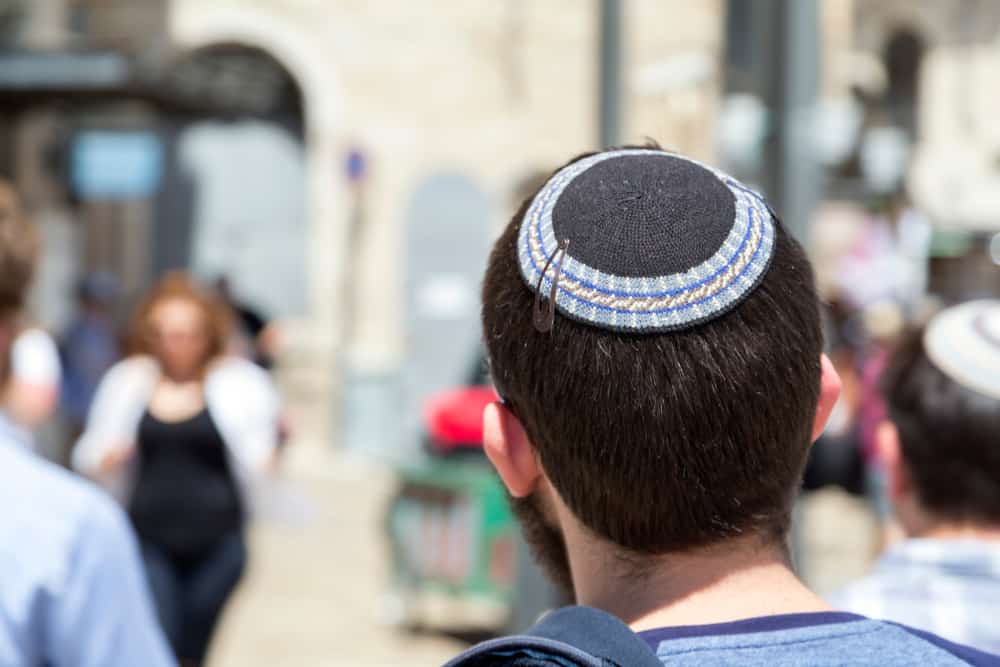 Theologians call it liberalism, getting away from the plain and simple Gospel message that Yeshua died to pay the debt for sin, and that by accepting His atoning work people are granted eternal life.

Along with this position, many leaders are steering their denominations and churches away from evangelizing Jewish people. They mean well, trying to be sensitive to those who have suffered centuries of prejudice and persecution in the name of “Christianity.” Neglecting to present the message of salvation to the people for whom it was first intended is an unwitting, yet serious, act of anti-Semitism.

Moreover, replacement theology states that the Church has replaced the Jews as the new chosen people. This theology seeps into the teaching of many theologians, pastors, and ultimately those in the pews, leading to anti-Semitism and persecution of Jewish people.

As a consequence of all these false teachings, people are reluctant to share the Good News with Jewish people. But, there are persuasive arguments for doing so, especially now.

Moses is a spiritual hero to many. After the Israelites built a golden calf, directly disobeying the first of the Ten Commandments, Moses interceded with God on their behalf:

Moses was willing to give up his life for this wayward, rebellious people.

The apostle Paul is also a well-known role model. While he states that he was the “apostle to the Gentiles,” he, like Moses, had deep concern for his own people. Paul was inspired to express his feelings on this subject:

“My grief is so great, the pain in my heart so constant, that I could wish myself actually under God’s curse and separated from the Messiah, if it would help my brothers, my own flesh and blood, the people of Israel!” (Romans 9:2–4). He, too, would sacrifice his life to see his people saved.

Of course, Messiah knew what this pain was like. Weeping over Jerusalem, Yeshua cried, “Yerushalayim! Yerushalayim! You kill the prophets! You stone those who are sent to you! How often I wanted to gather your children, just as a hen gathers her chickens under her wings, but you refused!” (Matthew 23:37).

These examples show that Moses, Paul, and Messiah Yeshua, shared a common burden for the salvation of the Jewish people. All were willing to sacrifice themselves to accomplish that goal. So despite the errors of liberal and replacement theology, the heroes of the faith wanted to see the Jewish people saved.

Sharing the Good News with Jewish People is a Good “Investment”

Another reason for sharing with Jewish people is that it’s a good “investment.”

FormerNew York Times reporter McCandlish Phillips, in his fascinating book The Bible, The Supernatural, and The Jews states boldly:

“Jews are socially and culturally influential. They cannot avoid being influential as a people. In any society in which they are found, Jews are influential out of proportion to their numbers….It is written into the very nature of the Jews, by the finger of God, to be influential.”

Consider the enormous impact individual Jews have had on history. For a people of such small numbers (.005 of the world’s population), their impact is disproportionate. This disproportionate influence is something that the apostle Paul described in Romans 10:1–2.

“Brothers, my heart’s deepest desire and my prayer to God for Israel is for their salvation; for I can testify to their zeal for God. But it is not based on correct understanding. . . .”

This zeal, this influence, was given to the Jewish people by God to bring blessing to the entire world. That’s what he promised to Abram: “By you all the families of the earth will be blessed”(Genesis 12:3).

Just think of all the constructive, helpful, and charitable contributions that Jews have made—medicine, music, the arts, science, literature, scholarship. God-given talent with God-given zeal have indeed combined for the good of all mankind.

God gave the Jews zeal with which to bless the entire world. Reaching out to Jewish people can be a great investment that will get results. Think of how redirecting that Jewish zeal might change the world for good.

Sharing the Good News with Jewish People Will Get Results

In Romans 11, Paul introduced the remnant theme in his argument for Jewish evangelism. He asked rhetorically,

“In that case, I say, isn’t it that God has repudiated his people [given that Gentiles believe]? Heaven forbid! For I myself am a son of Israel, from the seed of Avraham [Abraham], of the tribe of Binyamin [Benjamin]. God has not repudiated his people, whom he chose in advance.” (Romans 11:1–5)

Paul referred to 7,000 faithful believers in the days of Elijah who stood for God, and he went on to say that there was a remnant in his day, too. There is still a growing remnant now.

Not since the 1st Century have so many Jews come to believe that Yeshua is the promised Messiah. In addition to the hundreds of Messianic congregations in the USA there are also thousands of Jewish people who attend traditional churches, and hundreds of congregations in Israel. The remnant is growing.

This means it is entirely possible that your neighbor, co-worker, or friend might be part of the remnant, waiting to respond to the Good News.

Sharing the Good News with Jewish People Will Reap a Reward

There is an unusual promise in Genesis, first given to Abram (repeated to Isaac and Jacob: “I will bless those who bless you, but I will curse anyone who curses you” (Genesis 12:3). Scripture and history have proved the truth of this unique promise many times.

My people were not chosen because we were better than anyone else. Rather, we were chosen to exhibit to the world the grace and faithfulness of God. As it is written,

“For you are a people set apart as holy for ADONAI your God. ADONAI your God has chosen you out of all the peoples on the face of the earth to be His own unique treasure.” (Deuteronomy 7:6)

Now that these arguments for sharing the Good News are clear in your mind, let me anticipate a question you may have. “OK I want to see Jewish people saved, but isn’t that the work of other Jews and professional missionaries to the Jews? Can I, an untrained Gentile, really play a role in telling Jewish people about Yeshua?”

My unequivocal answer to you is YES!

Barry Rubin is the author of You Bring The Bagels I’ll Bring The Gospel available from Messianic Jewish Publishers. 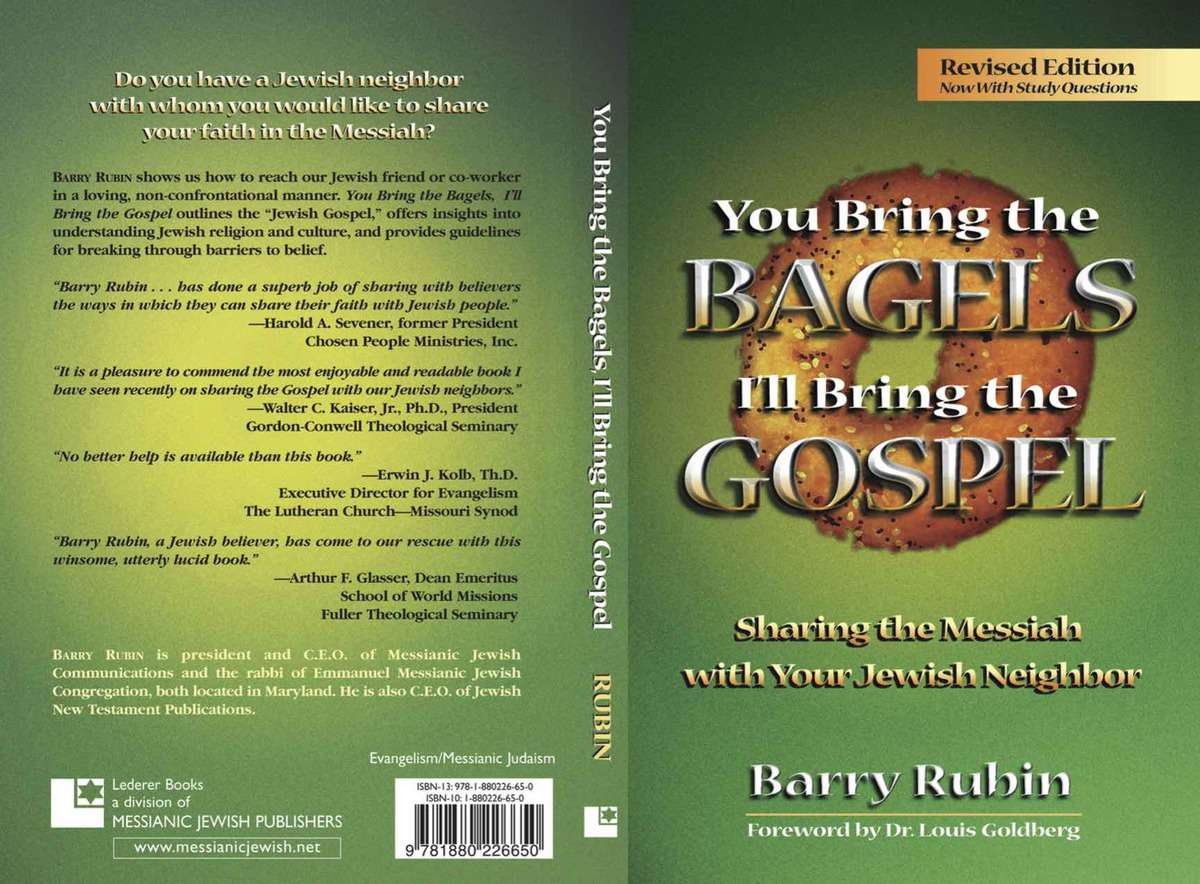 Barry Rubin is the President and Publisher of Messianic Jewish Resources which distributes a wide variety of books and Bibles, DVDs, CDs, educational computer software, Judaica, gifts from Israel and more.