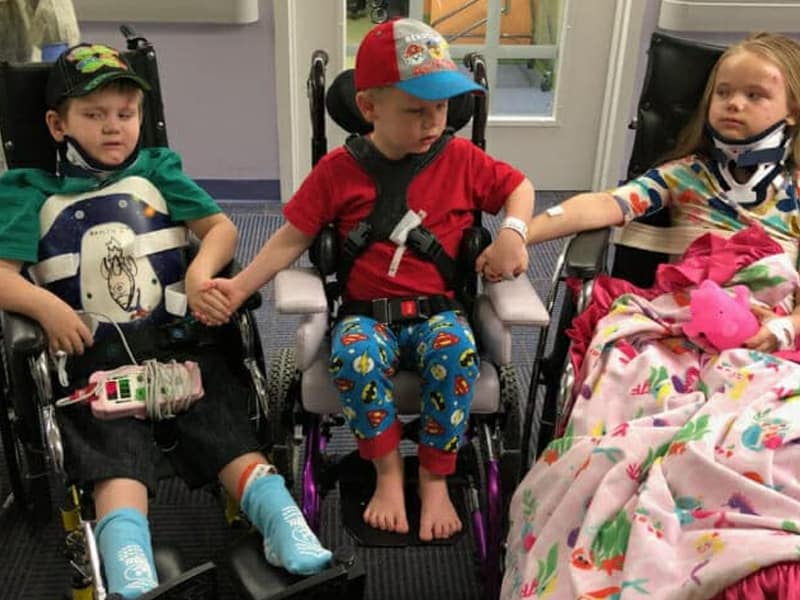 A dreadful car crash in Texas took the lives these children’s parents, but the siblings were reunited after weeks of treatments.

The Clemens family was involved in a terrible head-on car crash. After being taken to the hospital, the parents Jim and Karisa, died along with their youngest child, 2-month-old Juliana.

The couple’s other children survived the ordeal but were all in critical condition.

Angela, 8-years-old, suffered from a severe head injury and broken legs. She was also left in a coma for about a week. Zachary, 5, suffered internal injuries and a broken back. Their 4-year-old sibling also suffered a number of strokes and was paralyzed on his left side due to the damage on the right side of his brain.

Nicholas, 2, was released a few days after his treatment for his injuries and was being taken care of by his aunt, Teresa Burrell.

After Angela (8) was conscious, the first thing she asked was to see her brother. 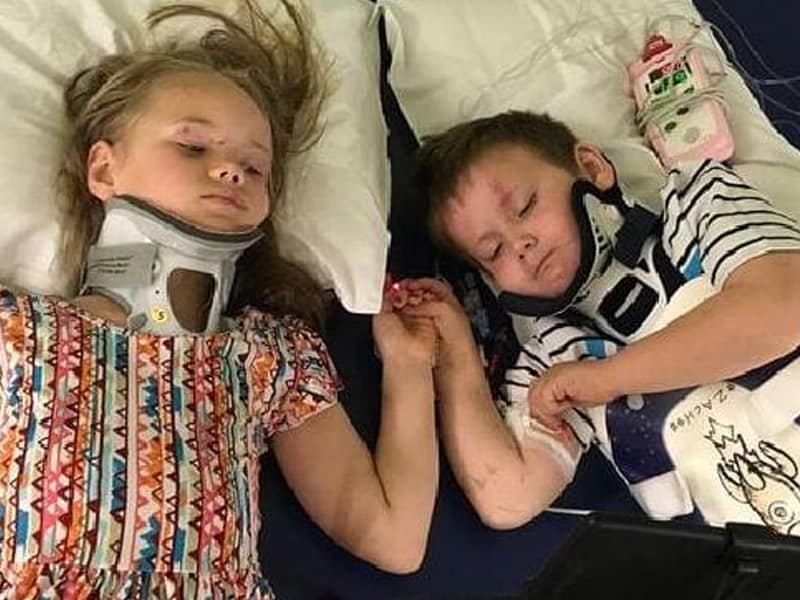 “So we knew she had remembrance of her family. It’s really hard with brain damage to know where you’re headed. But, we are very hopeful from where we were a couple of weeks ago,” Teresa said.

The three siblings were reunited for the first time after the horrific crash and that moment gave hope to everyone. Angela’s face lit up upon seeing her brothers, and Zachary was comforted and cheered up by the presence of his siblings.

“It was what they really needed. They just are grieving and were comforting each other,” Teresa added.

All four siblings recovered smoothly with the help of the prayers and financial support of everybody.

“So many good people, from all different kinds of faiths, have united their prayers on behalf of these children, and we’ve felt it. We felt it as a family and we’ve definitely seen it in these children. We’ve just seen it. It’s just been a miracle and it’s been amazing,” Teresa said.

For just $100 per month you can bring the gospel to 10,000 homes. Join us as media missionaries! GIVE NOW
VIEW COMMENTS
« This Epic Marriage Proposal At An “Avengers: Endgame” Screening Breaks The Internet! Meet Naomi Scott, ‘Britain’s New Superstar’ Who Shines For Jesus »