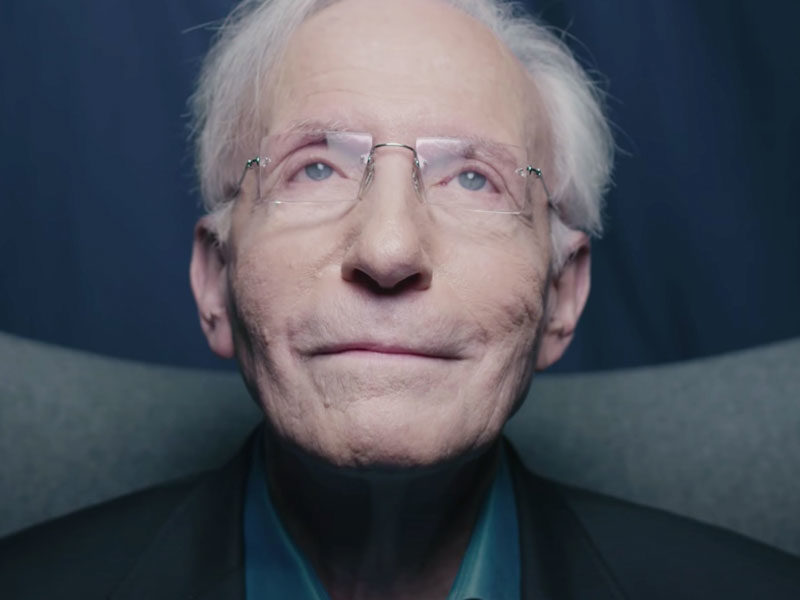 Christian talk show host and author Sid Roth shares his journey as a Jew practicing New Age and finding Yeshua amidst his desperation to be free from the demon inside him.

Sydney Abraham Rothbaum or known as “Sid Roth” was raised in an Orthodox Jewish home. Growing up, he often went to the synagogue faithfully because of his parents.

As a teenager, he thought making a million dollars could make him happy. So he worked hard and graduated from a major university in the United States. And then he had a job with the largest stock brokerage firm in the world at that time.

However, one day, Sid suddenly left his job, his wife, and his daughter. Then he got involved with a New Age meditation course.

“I was told that they would teach me how to know things that were not programmed in my brain,” he recalled.

Obsessed with the pursuit of becoming a millionaire, Sid wanted to know the information in the invisible world to know when the stocks would go up. He wanted to make a million dollars in the market. All for one reason—so that he could be happy.

As a result, he devoted himself to the mental exercise of the New Age. Then he got involved with astral projection wherein your spirit leaves your body.

“But then I found out once your spirit leaves your body, every night that you go to sleep, your spirit goes for a spirit walk. What if my spirit left my body and didn’t make it back in time? I’d be buried alive,” the author recalled.

It made him fearful that he couldn’t sleep at night. And he was convinced that what was inside of him was evil. The demon inside him was actually pulling him under.

“I have tasted the power of the dark side, of the demonic world. And contrary to popular opinion, it’s not fake. There are genuine supernatural things that are miraculous. Death looked better to me than life,” he said.

He thought that if he would tell a rabbi about a demon inside him, they would send him to a psychiatrist.

“The psychiatrist, when you are crazy like that, and they didn’t know what to do, they would give you electric shock treatment. And you’d really be crazy.”

The Power Of Yeshua

There was nowhere he could go until someone told him that there was a greater power than the devil.

“And that power was the Name of Jesus,” Sid attested.

He had no choice but to accept the Bible given to him by Christian businessmen.

Then he said, “In desperation, I prayed of two-word prayer: ‘Jesus, help.’”

Surprisingly the next morning when he woke up, he felt that the demon was gone.

“Totally gone and replaced with the greatest peace and love a human could have. I could not be afraid and fearful if you gave me a million dollars, because this love conquered all of my fear,” he described.

“It was a love that I had never, never experienced. I’d never felt before.”

Eventually, he returned to his wife and daughter, and his marriage was restored.

Meanwhile, his dad was angry at him the entire time he believed in Yeshua. He wanted nothing to do with Christians and was ashamed of having a son who believed in Jesus.

His mother, however, saw how Yeshua changed her son’s life. He became a good son, a good husband, and a good father. Then he was able to share with his mom why he believed in Yeshua.

“I tell you, God is wonderful. He restored my life. He restored my family. My entire family came to know the Messiah. I owe everything to Yeshua and I’m one grateful Jewish man.”

Reference: ONE FOR ISRAEL Ministry

For just $100 per month you can bring the gospel to 10,000 homes. Join us as media missionaries! GIVE NOW
VIEW COMMENTS
« ‘Terror Summit’ Convenes In Beirut Discover Israel Facebook Live Event Airing Sept 9th »