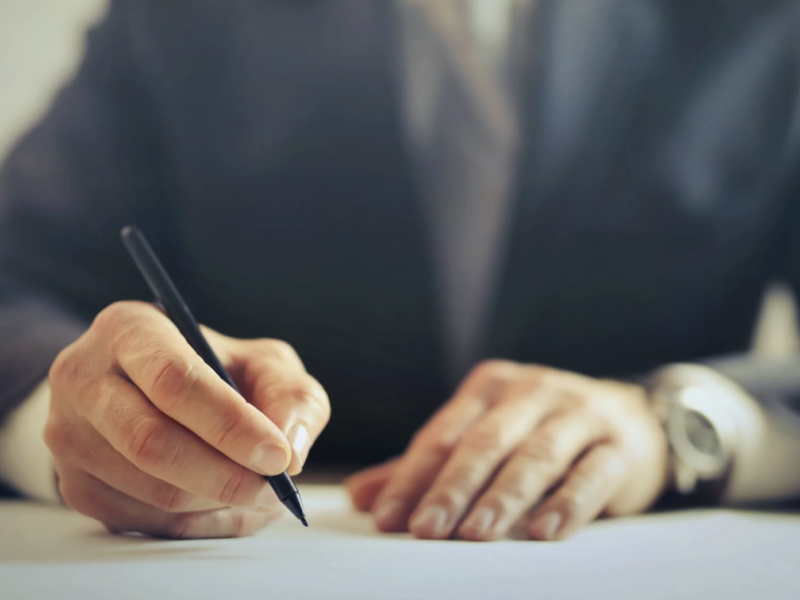 What does signing blank checks to God look like? For me, it began with surgery to have a large kidney stone removed. After the operation, the doctor put in a stent to ensure that the kidney was properly drained. A twelve inch tube running from kidney to bladder, remaining inside me for a week. I signed on for this process and trusted the doctor on the procedure and the recovery. Oh my goodness; the first two days pushed me to the max! I REALLY did not think I could make it. Then I had this thought: What if God were to plant something in my soul which was impossible for me to remove? A spiritual stent, if you will, to cleanse the toxins from my soul. On top of it all, I may have actually requested the procedure!!

In moments of passionate prayer, we ask God to do whatever He desires, no matter the cost. God takes note of these prayers of consecration, where we pledge our all-out allegiance – signing over blank checks of consecration before we know the full amount we’re committing to. Foolish in the natural, but it’s a common occurrence in God’s kingdom. I.E. We are often overdrawn, lacking the funds to cover the amount on the checks we signed. No worries. God is making deposits into our lives, especially in our weakest moments, that translates into a heart currency, from which we are empowered to obey Him.

Tipping the Bowls in Heaven

And when He had taken the book, the four living creatures and the twenty-four elders fell down before the Lamb, having each one a harp, and golden bowls full of incense which are the prayers of the saints. Revelation 8:3-5

And another angel came and stood at the altar, holding a golden censer; and much incense was given to him, that he might add it to the prayers of all the saints upon the golden altar which was before the throne. The smoke of the incense, with the prayers of the saints, went up before God out of the angel’s hand. The angel took the censer; and he filled it with the fire of the altar and threw it to the earth; and there followed peals of thunder and sounds and flashes of lightning and an earthquake. Rev. 5:8

There are bowls in heaven in which our prayers are stored. It’s very possible in my mind, that we may have not just one bowl, but “bowls” that represent various categories or chapters of our journey. I don’t know if it’s literal or symbolic. It doesn’t matter. The principle is still the same. God takes our prayers and mixes them with incense and fire before they are released to their destination. Either when He knows it is the right time to do something or when enough prayer has accumulated to meet the need. Surprise warning: God may put a draw on the funds long after you’ve forgotten that you even signed the check! Result: you may feel unprepared and overwhelmed.

Can you drink the cup

Praying for authority and power to bear fruit in God’s kingdom is not a wrong desire. But various tiers of leadership carry a price tag. Then the mother of Zebedee’s sons came to Jesus with her sons and, kneeling down, asked a favor of him. “What is it you want?” he asked. She said, “Grant that one of these two sons of mine may sit at your right and the other at your left in your kingdom.” “You don’t know what you are asking,” Jesus said to them. “Can you drink the cup I am going to drink?” “We can,” they answered. Jesus said to them, “You will indeed drink from my cup, but to sit at my right or left is not for me to grant. These places belong to those for whom they have been prepared by my Father.” Mt. 20: 20-23

See where they signed blank checks to God? James and John gave their verbal signatures: We can. Their motive was mixed with a desire for prominence and status. Jesus saw right through it, but still had them sign on, knowing that they were probably expecting their request to be granted. They no doubt reflected back on this encounter later on in their ministries.

Jesus defined to Peter and Andrew, exactly what they were signing on for. Come with me. I’ll make a new kind of fisherman out of you. I’ll show you how to catch men and women instead of perch and bass. They didn’t ask questions, but simply dropped their nets and followed. Mt. 4:19-20 (MSG) To me, this would be like signing my name on the dotted line while the check amount I was backing with my signature was written in a different language. Okay, I understand the words (fishers of men) but not the deeper meaning. Jesus described what they were committing to, but it was an unknown in their experience.

A reasonable question when making an investment, is What is this going to cost me and when will I see the return? Jesus was very clear on the front end, with the rich young ruler. If you want to give it all you’ve got, Jesus replied, go sell your possessions; give everything to the poor. All your wealth will then be in heaven. Then come follow me.That was the last thing the young man expected to hear. And so, crestfallen, he walked away. He was holding on tight to a lot of things, and he couldn’t bear to let go. Mt. 19:21-22 MSG Jesus gave him the exact amount – sell all that you have. The man chose to not sign the check.

It’s a reckless amount to put on a check isn’t it? Anyone who loves their life will lose it, while anyone who hates their life in this world will keep it for eternal life. Jn. 12:25

I signed away my life decades ago, in exchange for the eternal assets of His kingdom. Chances are that you’ve done the same. Any regrets?

You Can Never Out-give God

Whatever amount God may decide to write in when He cashes the check, will pale in comparison to what we receive in return. In one sense, I think Jesus signed a blank check as well. He was the Lamb slain before the foundation of the world, saying Yes before knowing the full import of what the human experience would be like, when Father tipped the bowl of the Incarnation.

For you have experienced the extravagant grace of our Lord Jesus Christ, that although he was infinitely rich, he impoverished himself for our sake, so that by his poverty, we become rich beyond measure. 2 Cor. 8:9 TPT

In Christ, our resources are unlimited. Let’s keep signing those checks of consecration.
_____

For just $100 per month you can bring the gospel to 10,000 homes. Join us as media missionaries! GIVE NOW
VIEW COMMENTS
« God’s Word For You Today: Love The Lord Your God Hearing And Understanding, Seeing And Perceiving »