BREAKING
Israel-led Team Solves Mystery Why Lightning Strikes Fewer Times Over The Ocean...
Tourism In The Holy Land Is Soaring Back Up To Pre-Pandemic Highs
Lapid Speaks Directly To Palestinians—Offers Them “Another Way” Out Of The Ongoing...
Home Articles Simon Cowell Displeased With Christian Choir But After Second Performance, He Stood Up In Awe

Simon Cowell Displeased With Christian Choir But After Second Performance, He Stood Up In Awe 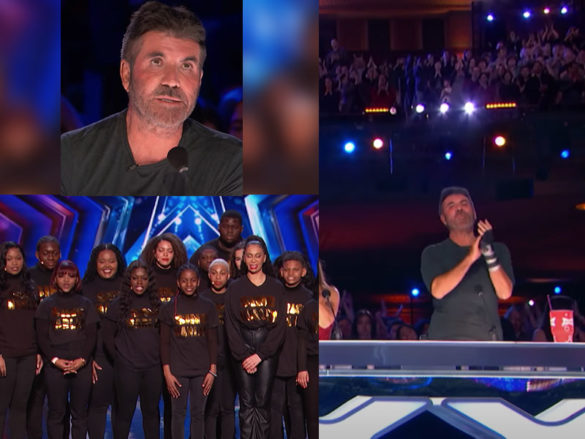 A Christian choir auditioned for America’s Got Talent, and Simon Cowell was displeased with their performance. But after giving them a second chance, he stood in awe.

In one of the recent episodes of America’s Got Talent, the Sing Harlem Choir shared their talent with the world. But before they began to perform, the group’s choir director Noelle introduced the group while overwhelmed with emotion. Apparently, all the teen members have been her trainees in Harlem, New York, since they were very young. And now, most of them are teens. 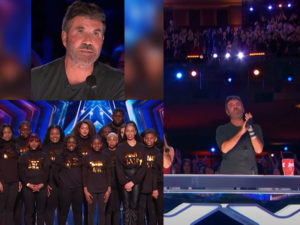 The Sing Harlem Choir performed and gave a lively choir performance. The group danced while singing in their black and red sneaker costume. They got to draw the AGT audience with their lively show and impressive harmony with their vocals. But judge Simon Cowell seemed to be displeased after their performance.

“Are you kind of up for doing something a little bit unprepared?” he asked. “Because I’m slightly on the fence with you right now.”

Further, Simon explained that it was because he felt their performance was “less like a choir and more like a musical.” But he gave them a chance and requested to do it once again and “do an audition as a choir” with their second song. So, Sing Harlem Choir accepted the judge’s challenge, and the choir director told the teens to sing “Amazing Grace.”

Soon, the Christian group began to perform with a young boy, Moses, kicking off with his powerful vocals. Then the rest of the teenagers sang and began to harmonize their incredible voices.

In the end, Simon’s frowned face turned into laughter, and he stood up in amazement. And finally, the Christian group received three “yes” from all the judges.

Watch and be blown away!