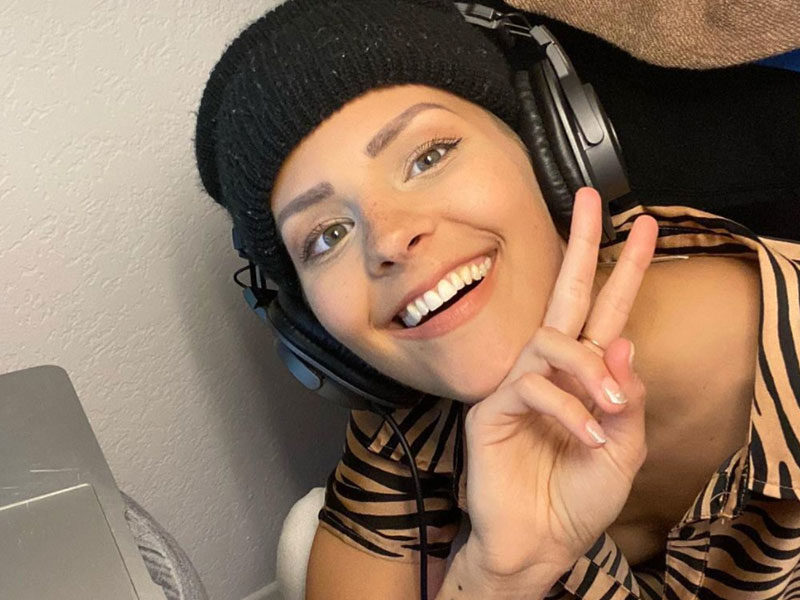 Simon Cowell fights back the tears in a video call as his Golden Buzzer, Nightbirde, returns on the “America’s Got Talent” semifinals.

On Tuesday, “America’s Got Talent” contenders laid it all on the show to advance to the semifinals. But one Golden Buzzer winner whom the world looked forward to performing was not there—Nightbirde.

Jane Marczewski, or as she calls herself “Nightbirde,” is the young Christian lady who touched the world with her story of hope. She even captivated the heart of Simon Cowell, known to be a hard-to-please judge of AGT, that made him press the Golden Buzzer. Since the video AGT released the episode, millions have been changed and inspired by her story. Her original song listeners on Spotify and YouTube also skyrocketed after the release. She went viral, and since then, she was a guest for several interviews and shows in America.

Withdrawn From The Competition

And now, with the AGT semifinals, Jane couldn’t show up due to her worsening condition. It was previously reported that she had a “2% chance of survival” with “some cancer in my lungs, spine and liver.” Hence, she had to withdraw from the competition.

“It was a great show (last night) but there was somebody missing – Nightbirde,” Terry Crews said.

But despite having not shown up on the AGT stage on Wednesday, Nightbirde virtually returned. Jane expressed her gratefulness to the overwhelming support she received, remarking that it has restored her faith in humanity.

“I cannot say thank you enough for the opportunity to have a moment to share my story, and we are witnessing such a beautiful picture of the human spirit,” she said.

Moreover, Simon assured her that she had not let people down with her decision to focus on her well-being.

“You made the decision, rightly so, that your health is your priority right now and I know the last time we spoke you actually said that you feel like you let people down,” the judge told her while holding back his tears. “On behalf of all of us, you haven’t let anyone down. Even though you haven’t competed – you already won.”

Let’s continue to pray for Jane and her miraculous healing in Jesus’ Name.

Wishing nothing but the best to our very own, @_nightbirde. We’re with you always! ✨💖 pic.twitter.com/6GVJctb55F

For just $100 per month you can bring the gospel to 10,000 homes. Join us as media missionaries! GIVE NOW
VIEW COMMENTS
« Relentless Woman, Quit Beating Yourself Up & Accept God’s Mercy A Devout Jew Was Surprised To Discover Jesus Is Jewish »