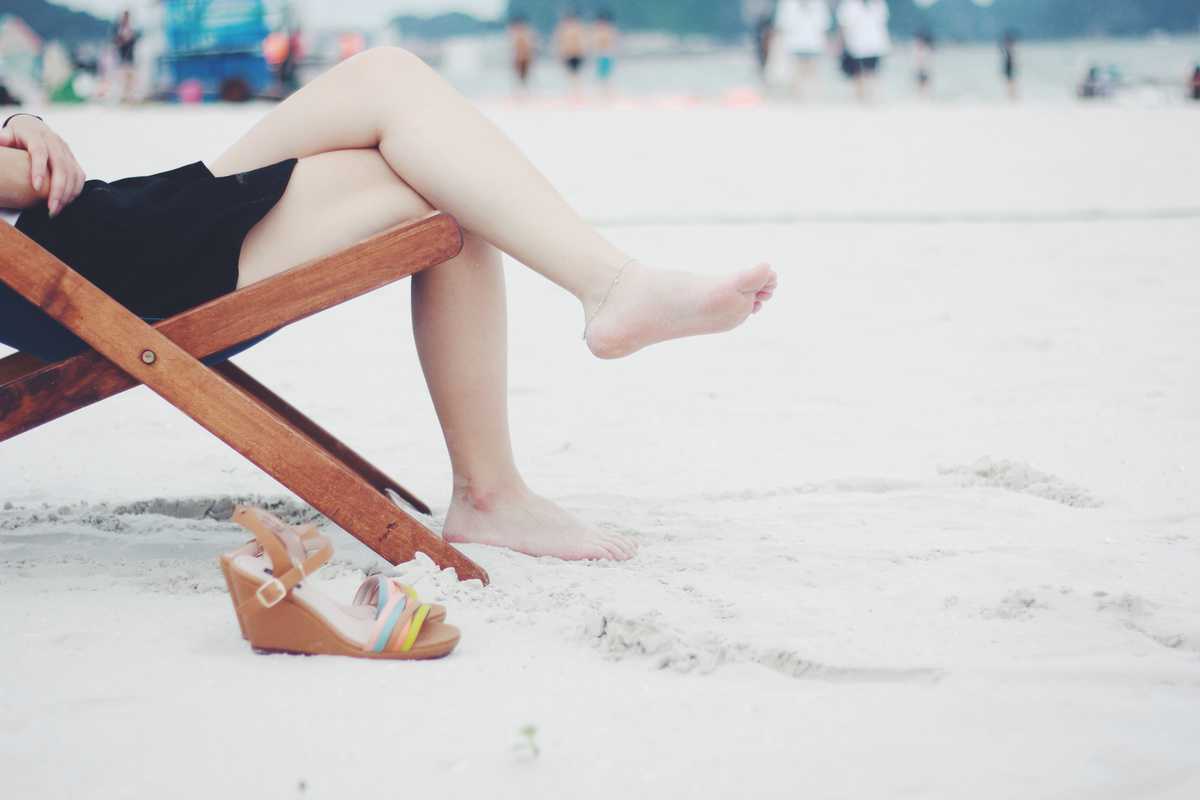 It may sound a little strange, but I’ve been mostly barefoot for the last 11 years. When you live on a tropical island, there isn’t much call for shoes around the house. During those barefoot years, I have to confess the soles of my feet have gotten… a bit tough. Now that’s not a bad thing when you walk around barefoot. It’s a protective thing. Tender feet would be very uncomfortable and more vulnerable to bruises. Every so often, though, I step on something sharp enough to penetrate.

Ten days ago I stepped on something. I cleaned my feet thoroughly and discovered a small black dot. I tried to get it out, but only the part above the surface came out. I was left with the dot, but it didn’t really hurt any more. I put a little Band-Aid with antibiotic cream on it and went on my way. After a few days, I noticed a little discomfort, but when I looked at the dot it didn’t look any different and after a couple of half-hearted attempts, I decided to just let the splinter work its way up to the surface and then try again. Yesterday, I took a step and it felt like I had stepped on a needle. The black dot looked the same, but I realized something had been happening under the surface. After soaking my foot, I had to use a needle to get to the splinter. That black dot was actually infected and only when I got the splinter out, was the poison released and the pain went away.

My 15 year old daughter said, “It’s like sin, isn’t it?” God often speaks to me through my kids and this just hit my heart so strongly. That splinter was like a “minor” unconfessed sin. Because I consider them minor, some of my sins are comfortable to me, so I keep committing them without feeling too much guilt. I’ve grown a callous on my conscience. But under that little black dot of sin, infection is growing. It can only be eliminated by exposing the sin to my Savior and getting His help to remove it.

Proverbs 28:13 says, “ Anyone who hides their sins doesn’t succeed. But anyone who admits their sins and gives them up finds mercy.” Just as that splinter eventually affected my physical ability to walk, seemingly minor sins can make us ineffective in our spiritual walk. It’s only when we confess those pet sins to the great physician that he can heal us.

“Lord, I confess that I have classed some of my sins as minor in my heart so that I can continue to live as I like. Those rebellions are poisoning my life, one drop at a time. Please give me the strength to give them to you and give them up. Amen.”

children for "10 weeks" almost 12 years ago. That's what's known as island time. Writing poetry, devotionals and short stories is a particular passion of hers. She used writing scholarships to pay for her BA degree at the University of Mary Hardin Baylor. She also earned a secondary certification to teach English and art. She now homeschools her youngest three children who still live at home. The oldest is at university as a freshman. There's never a dull moment between teaching her children, being the mom taxi for their activities, running a youth bible study and editing books for a local author. She has even had a part in a local movie. And in her spare time...who are we kidding? She's got no spare time, but she wouldn't trade her amazing crazy life for anything!