Sinach—⁠a physics major whose pastor called her to sing—⁠is now one of the most recognized artists in worship music across the globe.

Sinach is a multi-award-winning Nigerian gospel singer, songwriter, recording artist, stage performer, and philanthropist. In her 30+ year career, she has recorded ten albums and has won numerous awards. Sinach is known globally for writing and recording several hits, such as “Way Maker,” “I Know Who I Am,” “Rejoice,” “The Name of Jesus,” “There’s An Overflow,” and so much more.

Sinach is the first singer-songwriter to top the Billboard Christian Songwriter chart for twelve weeks in a row and the only woman known to consecutively hold this No. 1 spot. Her writings have ministered to millions bringing healing, hope and encouragement, and in strengthening their faith. 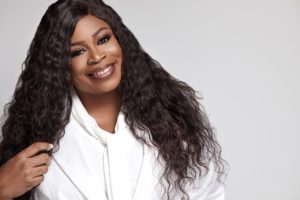 This Nigeria-based songwriter, recording artist Sinach, whose full name is Osinachi Okoro Egbu, has eight siblings, including two sets of twins, and at one time, her music was just a hobby. Sinach was a physics major pursuing a different line of work until her pastor encouraged her that she was called to share her music. Today, Sinach is one of the most recognizable names and faces in worship music across the globe.

Sinach’s “Way Maker,” which has over 175M views on her YouTube channel alone, became an anthem during the rise of the pandemic, winning the 2020 GMA Dove Award® Song of the Year. With a total of over 562 million views on YouTube and 1.58 million subscribers, she has written more than 200 songs in her career. 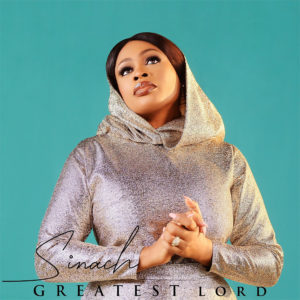 A worship project declaring God’s sovereignty and Lordship over all situations and circumstances the world is currently going through, Sinach created Greatest Lord to help Christians all over the world recognize Jesus as the solution to today’s hurting world. It is her hope that each song will be an inspiration to worship and declare the Word of God in praise, worship and faith proclamations.

You can check out last year’s Christianity Today story at this link. And be sure to watch Sinach, along with Mandisa and Leeland, sing “Way Maker” during last fall’s GMA Dove Awards (below).

For just $100 per month you can bring the gospel to 10,000 homes. Join us as media missionaries! GIVE NOW
VIEW COMMENTS
« Switch Your Thinking From Your Head To Your Heart God’s Word For You Today: He Will Never Leave You »