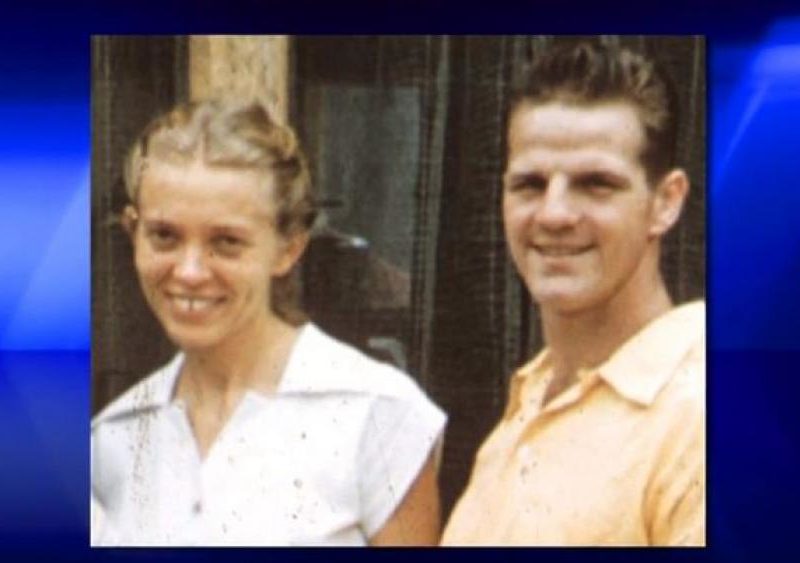 Most people, Christian or not, have heard of the late missionary, Jim Elliot. Jim was martyred after an attack while trying to reach a remote Ecuadorian tribe.  The story of his last mission, the one that ended his life and brought him home to Jesus, is chronicled in his wife Elisabeth’s book, Through the Gates of Splendor.  His story was also made into a movie in 2005 entitled, “End Of The Spear”.

Recently, Jim and Elisabeth’s names have been see in headlines again. Their daughter, Valerie Elliott Shepherd, unintentionally unearthed love letters that she discovered from four years of their courtship. She has compiled them into a book to share with the world. In the video, Valerie says she was searching for her dad’s journals. On her search she stumbled upon the love letters that her mom had kept from the years leading up to their marriage.

Valerie shares that it was obvious her parents’ love was so deep because they put God first and foremost. Their marriage was founded primarily on Christ which allowed them to see each other as a gift straight from Him. She describes her parent’s love letters as “treasures” that leave a legacy of love and truth.

Valerie undoubtedly cherishes these invaluable notes that reconnect her to her parents once again.  She says that when her mother passed away and she was planning the funeral she felt she wouldn’t be able to pass on her mother’s legacy in the manner in which Elisabeth deserved. Valerie’s husband reminded her that, “It’s not you that carries it. It is Christ. It is Christ you are sharing with other people when you share the story.”

Such a powerful reminder to all of us

We don’t need to try so hard to make things seem perfect or for our stories to be told in a way that grabs everyone’s attention.  We need to trust that when we are sharing our testimonies and life stories, Christ is the center.  He is the focus, He will guide us through.

Valerie Shepherd’s book, “Devotedly: The Personal Letters and Love Story of Jim and Elisabeth Elliot” was published on February 1. Get your copy today and read more about Jim and Elisabeth’s legacy of love and truth.

Devotedly: The Personal Letters and Love Story of Jim and Elisabeth Elliot by Valerie Elliot Shepard

Their paths to God’s purpose led them together.Many know the heroic story of Jim Elliot’s violent death in 1956, killed along with four other missionaries by a primitive Ecuadorian tribe they were seeking to reach. Many also know the prolific legacy of Elisabeth Elliot, whose inspiring influence on generations of believers through print, broadcast, and personal testimony continues to resonate, even after her own death in 2015.What many don’t know is the remarkable story of how these two stalwart personalities—single-mindedly devoted to pursuing God’s will for their young lives, certain their future callings would require them to sacrifice forever the blessings of marriage—found their hearts intertwined. Their paths to God’s purpose led them together.Now, for the first time, their only child—daughter Valerie Elliot Shepard—unseals never-before-published letters and private journals that capture in first-person intimacy the attraction, struggle, drama, and devotion that became a most unlikely love story.Riveting for old and young alike, this moving account of their personal lives shines as a gold mine of lived-out truth, hard-fought purity, and an insider’s view on two beloved Christian figures.

Posted by The Gospel Coalition on Monday, February 18, 2019

For just $100 per month you can bring the gospel to 10,000 homes. Join us as media missionaries! GIVE NOW
VIEW COMMENTS
« Brian ‘Head’ Welch of Korn Shares a Revelation from God At Tim Tebow’s Movie Premier Today’s Bible Reading – Where Does One Start? »