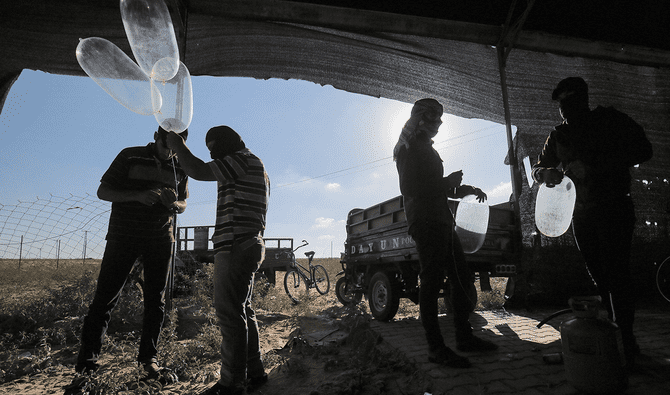 The new understanding agreement allows for continued progress in civilian projects, ensures Israeli medical assistance to the Gaza Strip dealing with the Coronavirus as well as progress on the electricity project, including the construction of a new line that will provide the amount of electricity needed by Gaza’s residents.

The agreement also allows for fishing within fifteen miles off Gaza’s coast and the increase in the Qatari grant that will be distributed to more than 100,000 families.

The announcement of the agreement came from Sinwar’s office, as the leader of Hamas in the Gaza Strip and also appeared on the Hamas website, but in the past, such announcements were drafted by Ismail Haniyah, who heads the entire organization.

Sources in the Gaza Strip say that there is anger towards Sinwar due to the meager achievements and certainly considering his belligerent commitments in recent weeks, according to which he would only stand down after Israeli lifted the blockade completely over the Strip.

Although before the signing of the agreement there was a phone call between Ismail Haniya and the Qatari foreign minister, various sources claim that Sinwar alone accepted the agreement, which raises tensions between him and Haniyah.

It should be noted that the two are facing elections in a few months for the chairmanship of Hamas’ political bureau.

Others claim that Haniyah forced the agreement through the Qataris, which harms Sinwar’s image. Sinwar undertook to lift the blockade on Gaza and Haniyah “took him down from the tree.”

To cover up the failure, Hamas is now trying to describe the “victory over Israel with the balloons”, even though the residents of the Gaza Strip are now returning to exactly the same point where they were three weeks ago.

Hamas supporters wrote Tuesday that those trying to downplay the importance of the agreement are ignoring the fact that Israel has shown weakness in the face of the incendiary balloons that have become a new source of power in the Gaza Strip.

They also point out that Israel has failed to defeat Hamas in recent weeks. Others point out that Hamas has managed to withstand the Israeli military pressure and that it has not lost any of its men.

Ayman Dulul, a Hamas supporter in the Gaza Strip, said that this is in fact the new and real equation. Dulul wrote a few days ago that anyone who thinks that Hamas has the power to break the siege entirely is living in illusions.

According to various testimonies, Haniyah, who is now making his way to Beirut, is angry with Sinwar, who made the decision on his own. They say that since Haniyah left the Gaza Strip at the beginning of the year, Sinwar has been taking too much independence and is signaling his path to the Hamas leadership and the political bureau.

Although some estimates in the Gaza Strip are that Hamas was forced to compromise following the spread of the Coronavirus and preferred to receive urgent medical assistance, other sources point out that the possibility that the Qataris pressed Sinwar to accept the current agreement should not be ruled out, also because they prevented Sinwar from achieving a significant accomplishment that could have been used in the elections to Hamas’ political bureau.

Qatar supports Khaled Masha’al’s camp, which does not enjoy good relations with Sinwar.

The Qataris announced Tuesday a grant of $7 million for Coronavirus victims in Gaza and another $10 million for the poor families.

A Palestinian source says that the Egyptians are concerned, among other things, about the increase in the power of Yahya Sinwar in the Gaza Strip vis-à-vis Ismail Haniya, whom they view a relatively moderate factor, who sees with them eye to eye in the Gaza Strip.

The last round of clashes was particularly long and set a number of precedents: during the round, the Al-Sharq Al-Awsat newspaper reported, an Israeli delegation led by Southern Command General Herzl Halevi had been in Qatar to try and harness it to reach an agreement.

The Qatari ambassador skipped between Tel Aviv and the Gaza Strip several times and met at the coordination and liaison headquarters at the Erez crossing with senior IDF and defense officials, and tensions arose among the top of Hamas officials.

For just $100 per month you can bring the gospel to 10,000 homes. Join us as media missionaries! GIVE NOW
VIEW COMMENTS
« 2.4 Million Israeli Students Go Back To School In Shadow Of COVID-19 God First, Marriage Second, Kids Third »