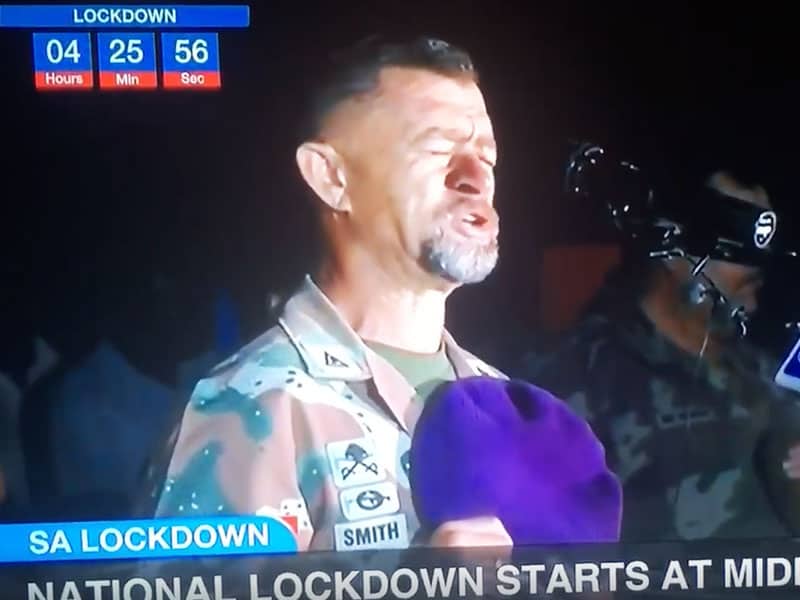 On Monday, March 23, President Cyril Ramaphosa of South Africa declared the 21-day national lockdown which began last Thursday, March 26. And later on, called for the citizens to pray for the country, Eyewitness News reported.

And just four hours before the country began the national lockdown, SAA CEO Zuks Ramasia said a prayer live on the National Television.

Then he ended the prayer asking for the Father’s blessing as a nation. He prayed, “Father, I pray that You will just continue to bless us as a nation and we hide in You. You are our stronghold and You are our tower, and this I pray in the Name of our Lord and Savior Jesus Christ. Amen.”

Also, the president asked South Africans “to use the time between 6 pm and 6:30 pm on Thursday to observe two minutes of prayer, reflection, or silent meditation.”

“These are challenging times. We are traversing a path we have never traveled before. There are many amongst us who are fearful, uncertain and vulnerable. I call on our people to offer a prayer and a thought for the protection and healing of our land and its people from this disease,” President Cyril appealed.

According to CBS News, South Africa has now more than 1,000 confirmed cases of COVID-19 and has reported its first death. The real challenge for the citizens begins as they go through a three-week lockdown. Given the fact that many people may not have easy access to water and decent sanitation.

Together, let us continue to pray for South Africa and the whole world. That this pandemic will soon vanish in the Name of Jesus!