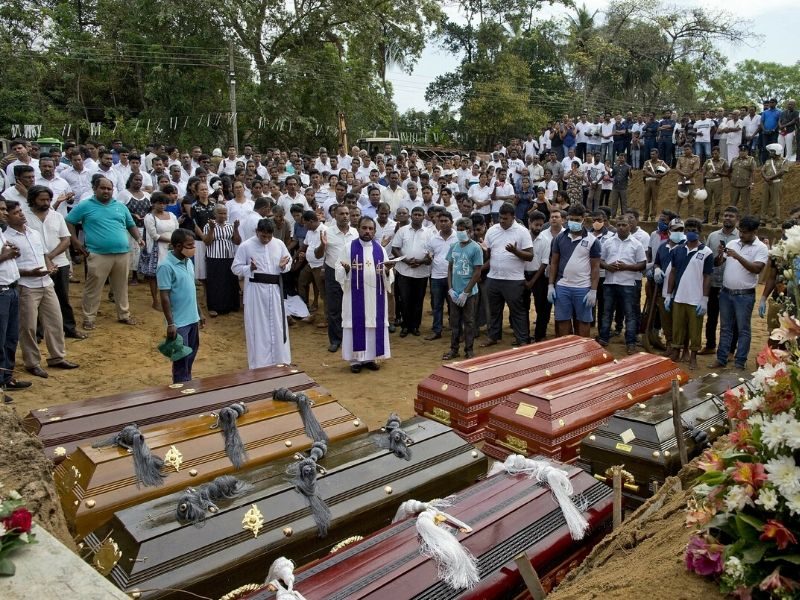 Cardinal Malcolm Ranjith is the Archbishop of Colombo, Sri Lanka. In his live stream Easter Sunday Mass on April 12, he said that the Church has “offered love to the enemies who tried to destroy us.”

“Last year, some misguided youths attacked us and we as humans could have given a human and selfish response. But we meditated on Christ’s teachings and loved them, forgave them and had pity on them,” the archbishop said in his homily.

“Not only did Catholics die but the bombs also killed Buddhists, Hindus and Muslims.” He added, “We did not hate them and return them the violence. Resurrection is the complete rejection of selfishness.”

One of the bombed church, St. Sebastian’s Church in Negombo was badly damaged. The physical environment is reconstructed but the people are still working to come through the trauma and heal together. The parish priest, Father Manjula, has reinforced every effort of building trust again. He reminds the congregation of their God who forgives and tells them to forgive.

With the lockdown in place on the country, Christians celebrated Easter by joining services on live streams. There are still inter-religious strains and concerns over the government of Sri Lanka.

Jehan Perera is the Executive Director of National Peace Council. Perera claims that this is the time for unity and not for furthering division. He said, “Covid is infecting anyone without any discrimination. We must not think on these divisive lines but face the problem together.”

“Unless we are all secure, none of us will be secure, and that is the message that Covid is bringing us one year after the Easter bombings.”

For just $100 per month you can bring the gospel to 10,000 homes. Join us as media missionaries! GIVE NOW
VIEW COMMENTS
« Learning To Love Yourself All Over Again Andrea Bocelli: An Example Of Evangelistic Pioneering »