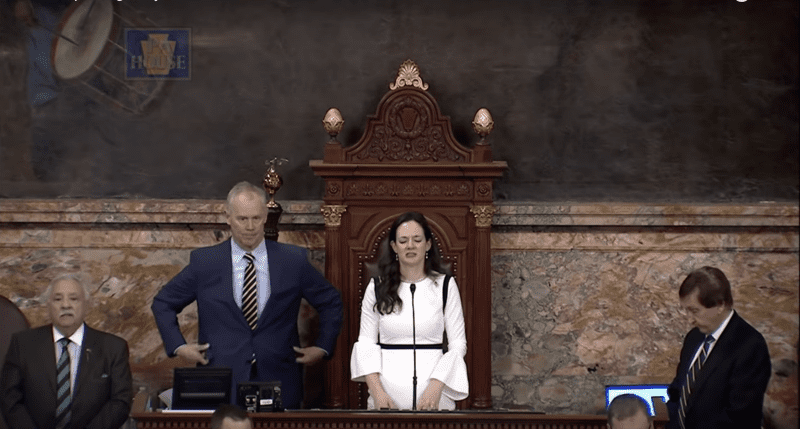 A Republican lawmaker made national headlines after saying a controversial prayer at the State House and now speaks about it.

State Representative Stephanie Borowicz gave a powerful opening prayer at the swearing-in ceremony for Pennsylvania’s first Muslim representative. Filled with God’s presence and overwhelmed with the magnificence of her surroundings, she took the podium for the swearing-in of Democratic Rep. Movita Johnson-Harrell of Philadelphia.

“It was so neat that you can see the scripture as you stand up there, and pray, that we all know the truth, and the truth shall set you free,” Stephanie told Todd Starnes. “It’s right there, and then there’s Deuteronomy, is right behind you.”

“There are over 60 Bible verse references in the Pennsylvania Capitol, and even thinking about it makes me teary-eyed. We’re losing those things,” she added.

After flipping a Democratic seat, Stephanie was elected to office in 2018. She has always been open about her beliefs and being a pastor’s wife. 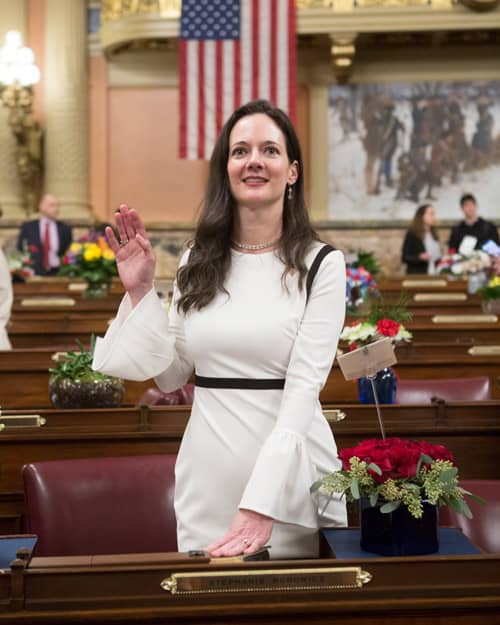 “At the name of Jesus, every knee will bow and every tongue will confess, Jesus, that you are Lord,” she declared during her prayer.

Stephanie also asked for forgiveness during her prayer and declared that Jesus is the only hope of America.

Many viewed the prayer as ill-timed and divisive. The politician defended herself by saying that her actions were just overflow of her daily spiritual routine.

“That’s how I pray every day,” she said in an interview.

“She’s always been very clear about her beliefs. She’s never hidden anything. She makes it clear that Christ is the center of her life, and that is her belief,” Kris said in a phone interview Wednesday, later adding, “Why is she now vilified because of how she prayed?”

[The opinions expressed here are those of the author and not necessarily the opinions of GOD TV.]