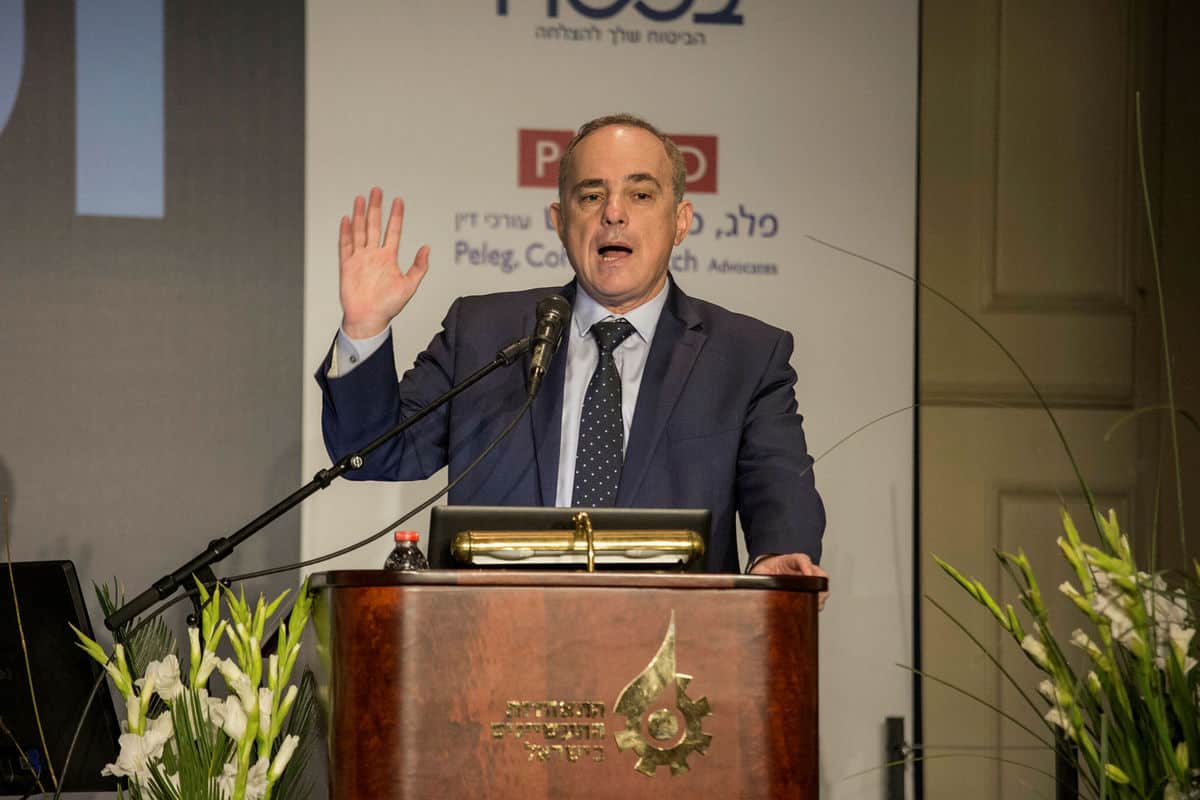 Palestinian Authority Chairman Mahmoud Abbas (Abu Mazen) has purposefully instigated the humanitarian crisis in Gaza,  Energy and Water Minister Yuval Steinitz told Kan Bet Radio on Monday. “Abu Mazen is working to create bloody riots in Gaza, so that we, in turn, can hit Hamas – his enemies, and then he can travel around the world and denounce us,” Steinitz said.

He added that the Palestinian Authority Palestinian should not be allowed to benefit from any ceasefire and rehabilitation deal in the Gaza Strip.

“The Palestinian Authority should not get our backing,” said Steinitz.  “They have purposefully created the humanitarian crisis in recent months, and they are interested in pushing us to a military conflict in Gaza. Abu Mazen, who is supposed to be Israel’s partner for negotiations for peace, incites against the existence of a Jewish state.

When asked if it’s better to deal with Hamas than with Abu Mazen, who has publicly renounced terrorism on multiple occasions and whose security forces coordinate with the IDF, Steinitz said: “He says he is against terror, but he pays large cash rewards to the family of every terrorist sitting in Israeli prisons. He glorifies terrorists in his education system. He calls on Palestinian youth to be martyrs and he educates for the destruction of Israel and the killing of Jews.”

When pressed again, and asked if, despite all that, if Israel should be dealing with Hamas – a radical Islamist terror organization, Steinitz said: “We’ve had ceasefires and deals also with enemies. It’s a matter of realistic policy. We need to ask ourselves, do we want to conquer Gaza? or would we rather reach a deal without a fulls scale military operation?”

Commenting on the announcement made by the Israel Water Authority, by which Israel’s natural water reserves are at a 2.5 Billion cubic meter deficit – the lowest in a century, Steinitz said: “About a month ago, I passed a decision to construct two additional desalination plants, which will double the amount of desalinated water in Israel,” adding that “We will not suffer the same fate as Jordan, which has water in its faucets only once every ten days. That is a tragedy. We are now taking an unprecedented step, not just so that we will have drinking water, but also to channel water to the Sea of Galilee, in order to save Israel’s environment.”

New Inscriptions Uncovered Near Sea of Galilee Give...