“Steph Curry Is Copying Me… Again…With A Hebrew Sweatshirt” 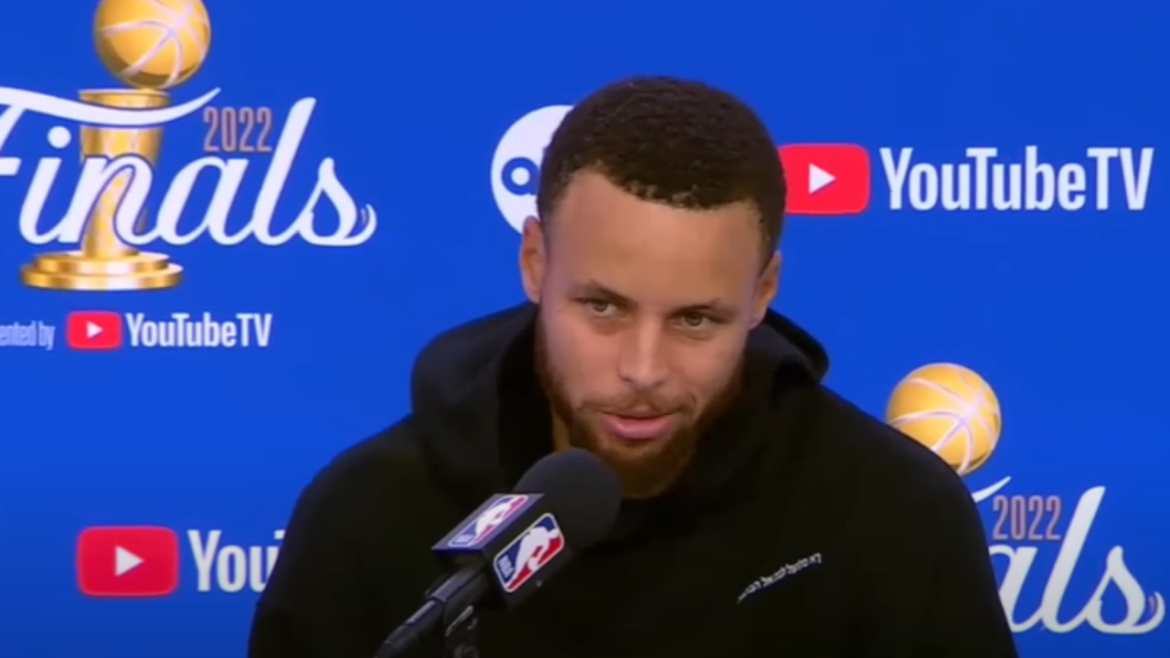 Stephen “Steph” Curry, NBA superstar and star point guard for the Golden State Warriors, made headlines Thursday night not only for winning the NBA title but for the sweatshirt he wore after the game—actually for the writing on the sweatshirt. It was in Hebrew! I first saw this story on AllIsrael.com. And while I didn’t see where he gave me a shout-out or anything, it was just another example of Steph copying me…again.

Steph is a Christian, but he and his family (his mom especially) have a fascination with the Hebrew language. Curry’s post-game black hoodie sweatshirt featured a Hebrew rendering of I Cor. 13:8—love never fails: “האהבה לא תבל לעולם אך.” I have the same thing on my wedding ring!

Most wedding rings in Hebrew have the same verse from the Song of Solomon, “I am my beloved’s in my beloved is mine.” “אני לדודי ודודי לי.” But I wanted to do something different. Elana and I concluded that the best thing we could do to remind ourselves how to have a good marriage was to see on our fingers the phrase from first Corinthians 13:8, love never fails. We have definitely had our challenges over the past 34 years, but love has never failed us.

Curry also has two tattoos in Hebrew. One is this phrase in Hebrew from the love passage in I Corinthians (his wife, Ayesha, also has this one), plus Curry has a tattoo that is simply his last name in Hebrew, “קרי.”

Curry’s mother, Sonya, first visited Israel about 12 years ago and was profoundly impacted. In an interview a few years ago, she said, “When I (went) to visit Israel and Jerusalem about five years ago, and came back, (I) was just transformed spiritually…and have been basking in the experience ever since,” she said. “I actually love Hebrew… I just love that Jesus Christ (spoke) Hebrew. I wanted to learn…. so I could read the Torah in Hebrew.”

Sonya also has a tattoo in Hebrew on the back of her neck—the word “חן,” which means favor. In her memoir that was published recently, Sonya revealed that Steph almost “wasn’t.” She had had one abortion earlier in her life, and she was standing outside Planned Parenthood about to go in for an abortion when she was pregnant with Stephen. But she said God intervened.

“There could be no Stephen. If I would have gone through that, there would have been no Wardell Stephen Curry II, and ya know, God had a plan for that child.”