Steph Curry’s Foul Mistakes, Something We Should Reflect On
Lifestyle 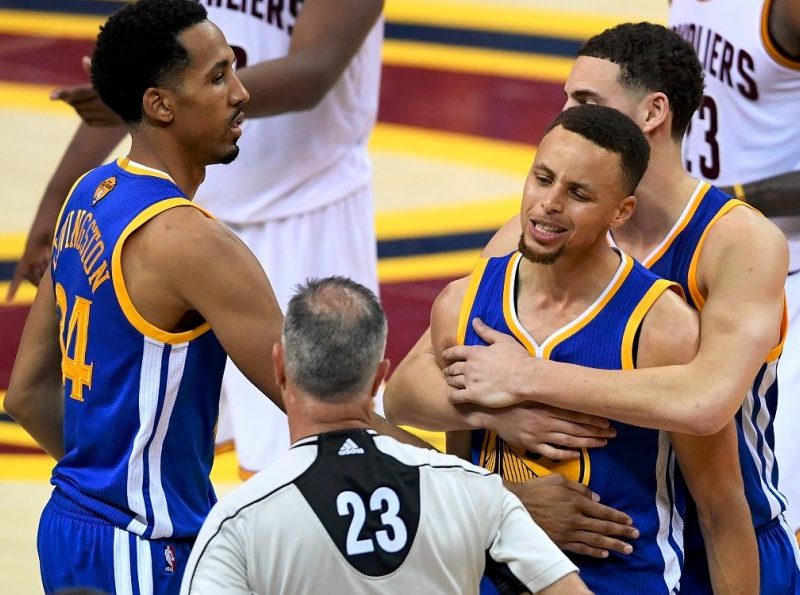 Recently, Steph Curry, Golden State Warriors player was ejected from a game for throwing his mouth guard at a ref, who failed to call a foul that angered Curry.

Steph Curry has led the Golden State Warriors to two different NBA championships, as well as breaking records while playing on the team. His accomplishments are highly impressive. Not only is he an impressive athlete, but an impressive role-model for children all over.

Curry is a Christian, who constantly talks about his faith in Jesus Christ. He constantly points all his accomplishments to Him and leads his family in a Christ-like manner. He provides a healthy role-model for children, who all too often see negative acts from sports figures.

This past Saturday, when he chucked his mouthguard at the referee, he received a significant amount of criticism from his fan base. It’s not a surprise, as many look to him as being a light in the world of sports.

They had one minute left on the clock while facing the Grizzlies, and Curry was overly frustrated. For once, he allowed his calm and collected demeanor to be tainted by the anger that he felt on the inside. Regardless of the reasons, Curry was ridiculed on social media for his actions.

“How am I supposed to explain to my son that his favorite basketball player got ejected tonight unreal. This was very traumatizing to him,” disappointed father @glockrivers tweeted.

Curry also took to Twitter after the game tweeting, “No excuse for that! Gotta remember who I am playing for…”

He also apologized in the post-game interview and clarified his intent saying he did not try to hit the ref, “If I was trying to throw at him or hit him, I would’ve been able to execute that.”

Regardless of his motives and intent, Curry said he was still ashamed for his actions during the game.
“My frustration boiled over, I did something stupid and deserved to get kicked out. “I’ll obviously learn from it and try not to do it again,” he said in his post-game interview.

Even though Curry apologized multiple times, the internet still attacked him. Aside from attacking his character as a player, they attacked his faith as a Christian. People called him a hypocrite for his actions, others questioned his Christianity.

Although Curry messed up, he actually provides a good example of what the bible teaches us about human nature. In Romans 3:23 it says, “For all have sinned and fall short of the glory of God.” In Romans 3:10, it says, “There is no one righteous, not even one.”

It’s important to remember that Curry is a human, thus he falls short in all things. It’s also important to remember all of our downfalls. Think about the last time you got angry, it was probably over something small. The only difference between our outbursts and Curry’s outburst is the couple million viewers standing between us.

Author Brian Smith, detailed how Curry’s actions are actually applauded for showing how all people fall short, even phenomenal athletes.

“In a culture where Christian athletes are often celebrated for appearing morally excellent—and rightfully so!—I applaud Curry for giving us a picture of what Christianity is actually about: Falling short, repenting, and moving forward with a clean slate. I stand with Curry as a Christian. Not perfect by any means—just forgiven.”

He sums it up perfectly and should bring us to question our critique before we gossip about the next fault someone has in front of an audience.

For just $100 per month you can bring the gospel to 10,000 homes. Join us as media missionaries! GIVE NOW
VIEW COMMENTS
« 7 Ways to Help A Strong Willed Child The Destiny Killer: Breaking Free from Condemnation’s Crushing Weight »