Steve Harvey On NBC Replacing His TV Show: ‘The God I Serve Didn’t Bring Me This Far To Leave Me’ | God TV
Video 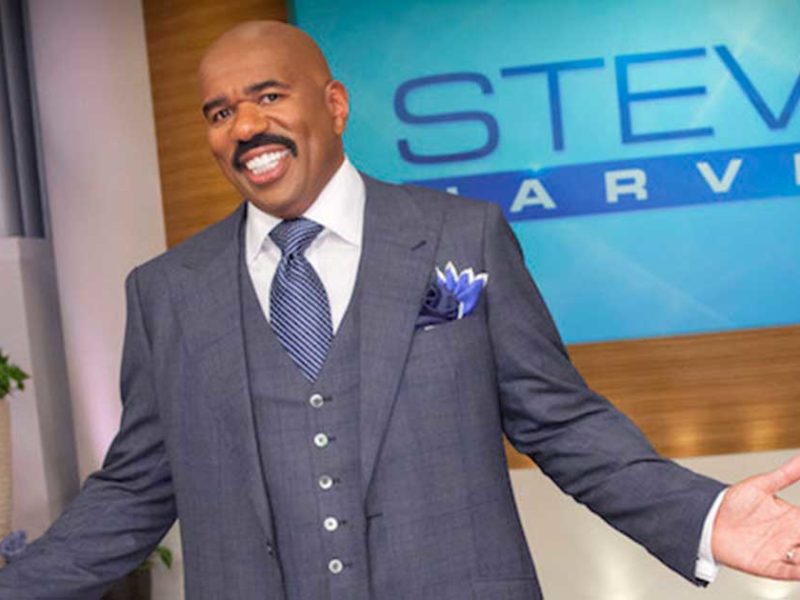 Last September, Kelly Clarkson accidentally spoke about her new daytime talk show with NBCUniversal on “The Tonight Show Starring Jimmy Fallon”. She then admitted that “The Kelly Clarkson Show” will premiere in the fall of 2019. This daytime show with Kelly will replace Steve Harvey’s “Steve” daytime show slot.

After the accidental announcement, Steve retorted to the news expressing his disappointment towards NBCUniversal for not telling him first hand.

“I thought it would’ve been nice of them to come to me — as being the only dude that’s survived [on daytime TV] for them for seven years — and say, ‘Steve, we’re thinking about doing this.’ But no, they just made an announcement. So when you do that, I gotta make announcements, too,” he said.

Steve claimed that he knew nothing about his TV show’s fate.

He surprisingly only heard the news from the media. In an interview at Variety’s Entertainment Summit he said, “I thought I was until they made an announcement a couple weeks ago that they wanted to give Kelly Clarkson the owned and operated NBC Networks, and that’s my slot. I don’t know if it sold — it’s not selling like they thought.”

Seemingly upset by what the entertainment company did, Steve also revealed a hint of his backup plan.
“You can’t make announcements and not expect to have to hear one yourself. And so, I’m working. It’ll be something real cute,” he said.

Recently, on Steve Harvey FM, he shared what it means for him to be precluded by the industry to continue his show saying:

“They gon’ close the door on me in 2019. All that means for me is God has another door for me to open. These people that make these decisions at these networks and stuff, they don’t control my life. They control that little piece of section over there, I got the rest of it. God in charge of me. So every door that closes for you in 2019, if you understand that that allows for an opportunity for another door to open. Maybe I need some more rest? Maybe I’ve been working too hard? Maybe this is His way of saying, ‘Hey partner, you gon’ slow down. I’m going to help you slow down.’ I’ve learned to accept God’s will and understand that everything that happens to me, happens to me for my good and my betterment. Because the God I serve didn’t bring me this far to leave me. You tell me. Why would God lift you to the height that He got you to just to see you fall? That’s not the God we serve.”

For just $100 per month you can bring the gospel to 10,000 homes. Join us as media missionaries! GIVE NOW
VIEW COMMENTS
« Gideon And His 300 Broken Lanterns Is It Too Late for America? »