"God is still good and He's still faithful and He still can be trusted." 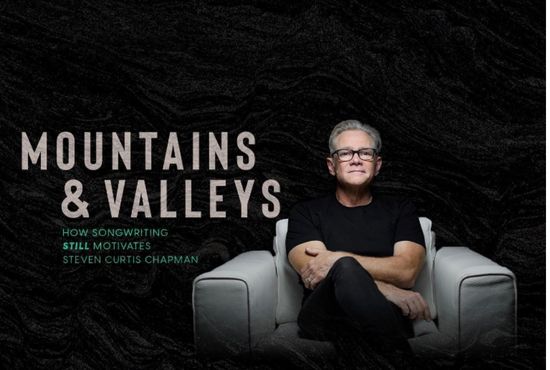 Steven Curtis Chapman shared the story of their late adoptive daughter, Maria, and how God’s promises kept him alive after that tragedy.

Steven is a renowned Christian musician and songwriter who has won five Grammy Awards and 59 Dove Awards. The songs he wrote are always about his own journey in life. His vulnerability, lessons learned, and struggles can be heard through his songs since he started in the 1980s. 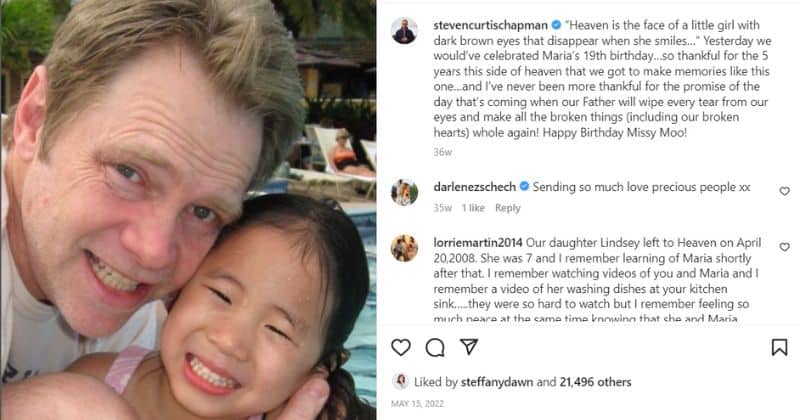 In an interview with I Am Second, Steven talked about his journey as a father and as a leader of their family. He met his wife Mary Beth back in college, and they eventually got married and had three children. Later on, they grew their family by adopting three girls. Their youngest daughter was Maria who Steven met in China.

Upon meeting her, he knew God was touching his heart to adopt this little girl who was in need of a family. Mary Beth and Steven went back to China to take Maria home with them as their daughter.

“This miracle of adoption was like the glorious wrecking of our plan and threw our lives upside down in so many ways. But also brought so much goodness and richness into our lives,” Steven shared.

However, in May 2008, Maria met an accident that took her life. She was just 5 years old at that time and the tragedy broke Steven and his family.

“God, how are we going to survive this,” the father of six asked God.

Steven knew he had to be strong for his family, but he was in need of a Savior. As he was grieving, God revealed to him one of his promises, he held on to that promise.

“The promises of God that there’s a day coming when He’s going to wipe every tear from our eyes, He’s going to make all things that are broken whole again and He’s not going to waste any part of our story.”

Today, years after that tragedy, Steven is continuing to share hope with other people through his songs.

“God is still good and He’s still faithful and He still can be trusted.”

Grow closer to God daily by getting exclusive video teachings on God Today!
Read God’s Word For You Today directly from your phone. Download the Daily Word app now on Google Play and Appstore
Reference: YouTube | I Am Second