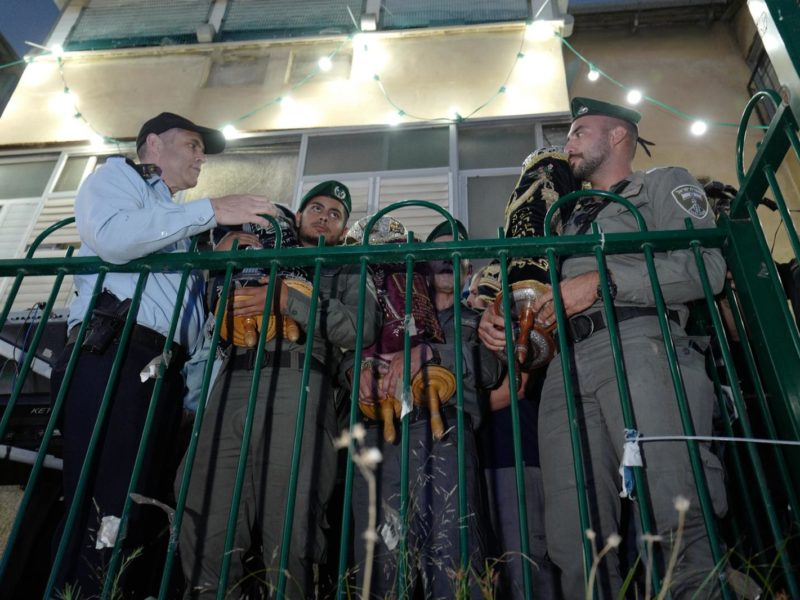 Thousands of Israelis on Wednesday evening took part in an event celebrating the returning of four Torah scrolls that were stolen by Arabs from a synagogue in Bnei Brak and later found hidden in a barn in Samaria.

Police officers, representatives of the municipality, Rabbis and leaders of the community celebrated the return home of the precious Torah scrolls.

The police stated that it viewed this operation with great importance because “beyond the financial value of the Torah scrolls, there is a very high religious and symbolic value.”

The synagogue was vandalized and looted last Tuesday, and a police investigation into the incident led to the recovery of the four Torah scrolls on Sunday, found hidden in an animal pen in the Arab village of Akraba.

Police arrested five Arab suspects connected to the stolen Torah scrolls. The suspects, in their 20s, are from Akraba, Shechem (Nablus) and Jerusalem.

The suspects will appear for a court hearing on Thursday. Police will request to have them remain under arrest.

For just $100 per month you can bring the gospel to 10,000 homes. Join us as media missionaries! GIVE NOW
VIEW COMMENTS
« Israel Blows Lid on Iranian Plot to Establish Espionage Network in Country ISIS Tried To Set Fire To Iraqi Christian Man, But Miraculously He Didn’t Burn »