Stones Of Accusations Shall Fall Before The Rock Of Salvation! | God TV
Faith 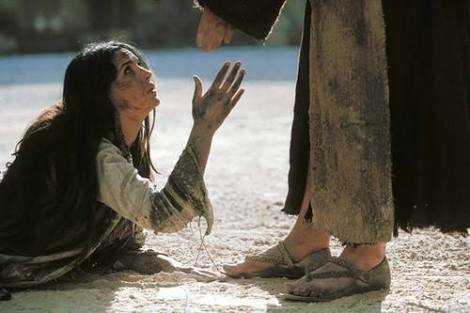 Beloved, affix this deep truth on your heart – stones of accusations shall fall before The Rock of Salvation. Your accusers shall fall down before Jesus Christ – The Rock of your Salvation!

Remember the scene in the movie “The Passion of the Christ” where the woman in John 8 is brought to be stoned in the presence of Jesus? It is a wonderful depiction of what might have happened. Before reading further, watch it here to get a glimpse of the beautiful act of God that takes a sinner from the brink of death to her destiny in God.

This unnamed woman is seen as a snare for the evil plans of a group of men. Whether this woman willfully sinned or was compelled to do so for whatever reason, she knew she was going to be judged. She regretted what she did and knew she could not escape the consequences of the sacred Law. She stood there silently, sobbing without hope of any mercy.

A bunch of men in uniform – oldest to youngest, highly qualified members of society in every way. They loved their self-righteousness, sacred robes, and front rows in the congregation. They advertised themselves as defenders of the Law. Out of jealousy, they worked hard to accuse Jesus and get rid of Him. After several failed attempts, they were so happy to find this woman who they thought was a potential snare to Jesus. They never thought that their stones of accusations would fall before the Rock!

Jesus, fully God, fully Man, the ultimate provider of Justice and Judgment, and the fulfiller of The Law pronounced His verdict.

Despite their pestering, He took the time to show them the mind of God concerning a sinner. He did not disqualify the Law neither did he proclaim the woman not guilty.

Jesus discerned their evil intentions to accuse Him. He also saw the woman who regretted her sin and stood defenseless and hopeless. He gave them a choice. They could either acknowledge that they all were sinners and leave the woman unharmed, or they could choose to stone her and thereby bring judgment upon themselves as well.

They posed Jesus a question concerning the Law written by Moses, to which He stooped down and wrote with His finger. Perhaps He wrote a new Law that pronounces Mercy instead of Judgment to a repentant sinner.

This whole conversation was between the accusers and Jesus. The accused woman remained silent. She knew that day was the end of her life, but it became the day of her redemption. Jesus Himself chose to defend her in an unexpected way.

These men were not dragging her to death, but to Life – Jesus Christ, The Rock of Salvation. The Sovereign Judge chose to show mercy and pardon her sin.

To every true child of God, there comes a point of accusation. By the reason that you have a destiny designed by God, the devil raises accusers that use your past to poke your present and mar your future.

The Accuser of The Brethren

We had a sinful past but we are not there anymore. We are a new creation in Jesus. But still, the devil uses people who access, misinterpret, manipulate, and twist our words, actions, and even our testimony. Ironically, some of them pose as believers and think they serve God through their ‘exposing ministry’. They call good evil and evil good.

If you are dealing with your accusers, take courage, and remain silent. Staying silent is not being weak; in fact, it is the opposite. It takes a lot of courage to be silent. So be silent and the Lord Himself will defend you.

Stones Of Accusations Shall Fall

Your accusers will retreat one by one from the oldest to the youngest, throwing their stones – their accusations -before The Rock of your Salvation. No matter how many years they claim to have been serving God in their ‘exposing ministry’, all of them will depart. Their accusations will take you to your promotions!

For just $100 per month you can bring the gospel to 10,000 homes. Join us as media missionaries! GIVE NOW
VIEW COMMENTS
« Kirk Cameron Believes Christians Are Asleep And God Has Been Waking His People Up I Was Born In Adam, Now I Am Born Again In Jesus »