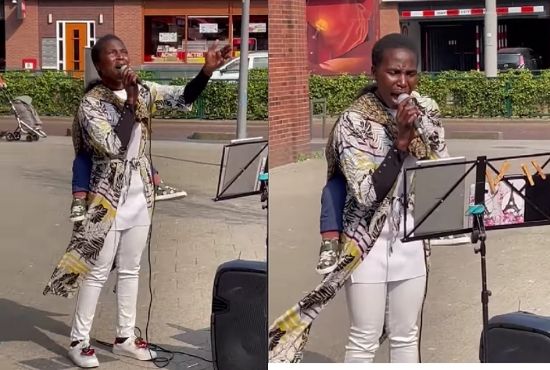 A street singer carrying a baby on her back stuns everyone with her beautiful rendition of some popular worship songs.

While Kortstam Patty was walking through the streets of Netherlands, she passed by a street performer carrying a baby on her back. She was stunned by how beautiful the voice of this woman is. The woman, whose name is unknown, beautifully and powerfully sang some popular worship songs. 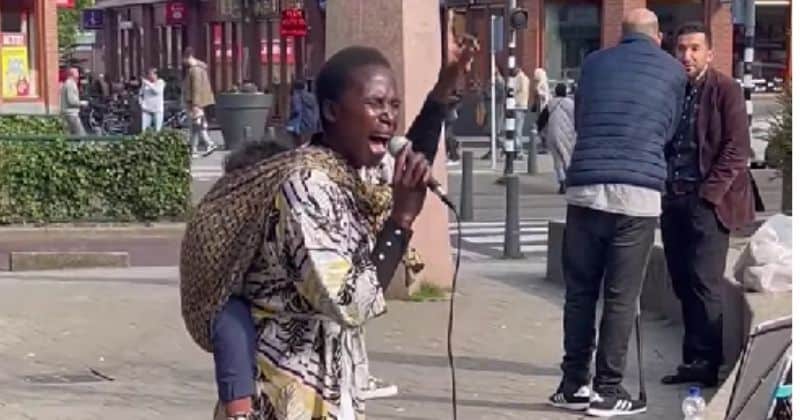 “What A Beautiful Name”

One of the song she sang was the popular Hillsong’s “What A Beautiful Name.” This song has topped the Billboard’s Hot Christian Songs charts a month after its release in January 2017. Since then, it is often sung on churches worldwide as a worship song. The song speaks about the power and beauty of the name of our Lord Jesus Christ.

The mother whose name has not been known also sang Elevation Worship’s “Never Lost.” She also gave a beautiful rendition of the worship song and she’s clearly seen worshiping while singing the song.

Kortstam posted her performances on her Facebook account and it quickly became viral! The two videos have now almost 5 million views and have been shared by thousands of people! Many people commented on her performance saying that they felt the presence of the Lord while listening to her.

“Wow what an anointing, just experiencing the Holy Ghost. Amen, You are a precious sister to God. Jesus what a beautiful name it is. Amen,” one person commented.

“What an anointing what a voice, she doesn’t belong on the streets but on a grand stage. I am experiencing such a powerful anointing wow,” another person wrote.