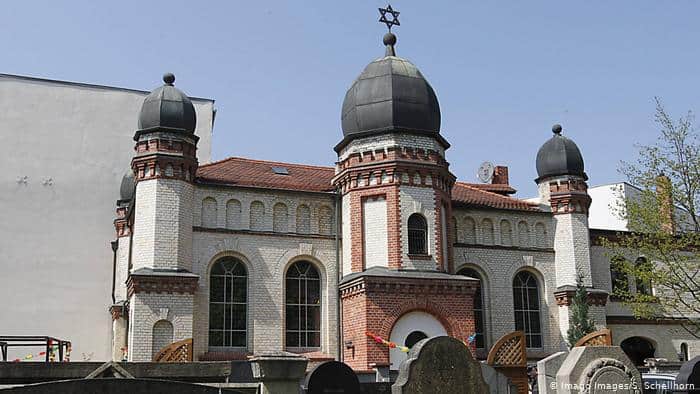 Israel’s leadership expressed shock and sharply condemned an anti-Semitic attack by neo-Nazis on a synagogue in Halle, Germany, during the Yom Kippur holiday, the holiest day in the Jewish calendar.

Stephan Balliet, 27, on Wednesday shot a man and a woman he encountered on Halle’s streets and attempted to enter a synagogue but failed to do so. Some 60 worshippers were said to be inside at the time of the attack.

The victims have yet to be identified. Balliet is in custody.

Prime Minister Benjamin Netanyahu said that the attack “is additional testimony that anti-Semitism in Europe is increasing.”

“On behalf of the people of Israel, I send condolences to the families of the victims and wishes for a quick recovery to the injured,” he added.

He called on the German authorities to “continue taking determined action against anti-Semitism.”

President Reuven Rivlin stated that Israel was “stunned and pained by the terrible anti-Semitic murders in Germany.”

“We will continue to campaign for education and remembrance in the fight anti-Semitism which raises its head again and again in Europe and across the world, based on a clear understanding that it is not a problem of the Jews alone, but threatens to destroy us all,” he said.

Foreign Minister Yisrael Katz stated he was “deeply shocked about the terror attack outside a synagogue in Germany which reminds me of dark periods in Jewish history.”

He likewise called on the German government to “intensify the struggle against anti-Semitism and bring the perpetrators to justice.”

Chairman of The Jewish Agency Isaac Herzog said that “the entire world sees and hears what is happening and must understand that there can be no compromise in the fight against hatred of Jews and anti-Semitism.”

Herzog spoke with German Foreign Minister Heiko Maas, who “expressed his deep disturbance regarding the attack on the synagogue in Halle, saying ‘this is an attack on all of us. We all stand together on the frontlines against anti-Semitism.’”

According to Herzog, Maas promised “firm action against” anti-Semitism in his country.

Israel Minister of Immigration and Absorption Yoav Galant called on “all European Jews to fulfill the Zionist vision in the words of the Prophet Ezekiel – ” I will assemble you from the lands which you have been scattered therein, and I shall give you the land of Israel.”

For just $100 per month you can bring the gospel to 10,000 homes. Join us as media missionaries! GIVE NOW
VIEW COMMENTS
« Netanyahu: Israel Facing Threat from Iran Similar to One Prior to Yom Kippur War Israel ‘Strongly Condemns’ Turkey’s Attack on Kurds »