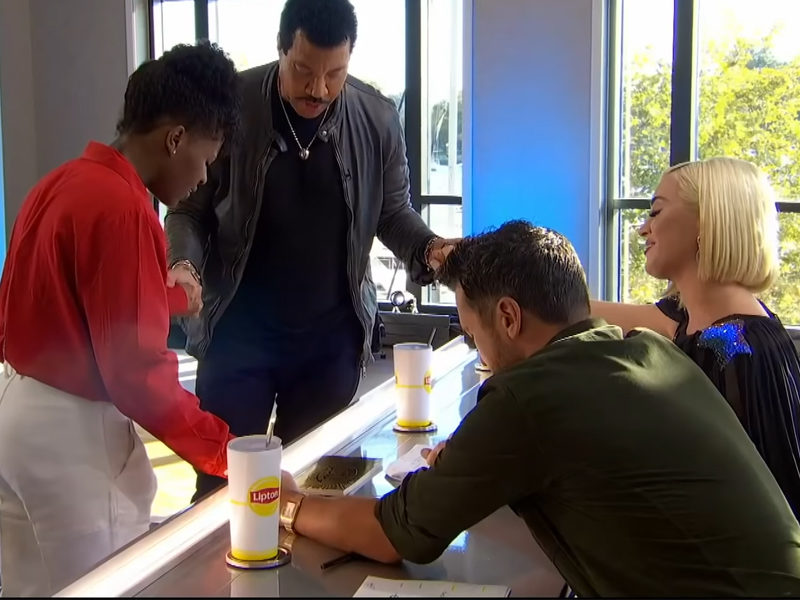 Samantha Diaz, who goes by the name Just Sam, was adopted and raised by her grandmother. The 20-year-old aspiring artist and her grandmother live in the Frederick Douglas Houses in Harlem. In order to provide for their daily needs and bills, Just Sam sings in the New York City’s subway system.

*True Story* One day I was singing in the train station I was feeling like I was ready to give up on everything.. including singing. That very day, a woman stopped me and said this prayer with me that literally turned my whole world around. This prayer saved my life. I’m truly and forever grateful! If you took the time to read this far, thank you ! Please take a few seconds to read this prayer and TYPE AMEN if you did. . . . . . . “

Heavenly Father, I come to you in the name of Jesus. I confess that you are my lord and savior. I know and believe that you died on the cross for me and rose again three days later. Thank you for saving me, healing me and making my life brand new at this very moment. In Jesus name, Amen.” . . . . . . . . One of my favorite Songs: Fly before you fall by: @cynthiaerivo ❤️❤️❤️

It all started out as a hobby that has turned into a career. Just Sam saw that the tips she earns through her subway singing could provide for her family’s financial needs. This is, in fact, the only way she earns a living.

Just Sam also sings in her Church, The Rock Church in Harlem. She has always been open about her Christian faith and even wrote “GOD IS WITHIN HER#shewillnotfail!Psalms:46:5,” in her Instagram bio.

Today, Was incredible. God WILL REALLY USE ANYBODY!!! In this video, I really did break down and it wasn’t just because of how nice these people were to me, but because as they were complimenting me(not giving any donations but looking around to see who would) and I was giving all the glory to God, I literally said out of my mouth that I wasn’t worried about who wasn’t or was putting money into the box because MY GOD promised me 100 FOLD of the 10% I gave him yesterday in service and I know that he got me .

And that’s when and why I was touched when out of all the people on the train, a man who seemed to appear homeless, reached his hand out for me to hold and said “ you sing from your heart . Never stop singing from your heart and you will always be blessed.” Then he gave me a 20$ bill and although it’s not my first time getting a 20$ bill, it just meant so much that he INSISTED on me taking it because he felt that I was singing from my heart(as I always do.) and also it was literally right after I said that “God got me!!!” So I just broke down.

The Second man in the video asked me why I was crying .. and I said “BECAUSE GOD IS JUST SO GOOD” and he replied, “ HE IS INCREDIBLE” I just had to share this moment because it was just incredible being able to be apart of showing how God works !!

In 2018, she prophesied to her grandmother that she would make it big on television one day. After just two years, that prophecy is starting to unfold as she stepped on the stage at American Idol for an audition.

As she started to sing Lauren Daigle’s “You Say,” she got emotional that she wasn’t able to continue the song. After some words of encouragement and comfort from Katy Perry, Lionel Richie, and Luke Bryan, she tried again. This time, she sang Andra Day’s “Rise Up” and she delivered a stunning performance! 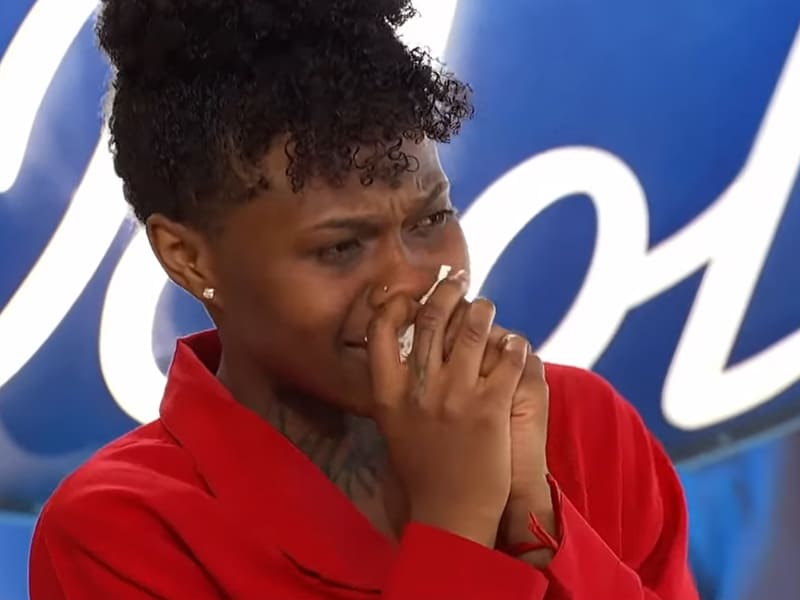 After her emotional audition, the Christian subway singer asked the judges if she could pray with them and they joyfully accepted. They held hands and prayed together. It was a touching moment that was shown on national television. It was not Just Sam who is making it big on TV, she is also making the name of Jesus Christ known.

Just Sam made it through the audition and she’s on the way to Hollywood for the next round of the competition.

Read also: Katy Perry’s Parents Share Their Pain and Urge Parents to Pray For their Prodigals

For just $100 per month you can bring the gospel to 10,000 homes. Join us as media missionaries! GIVE NOW
VIEW COMMENTS
« Priscilla Shirer Posts Update On Her Lung Surgery Justin Bieber On New Album ‘Changes’: “Thank You Jesus” »