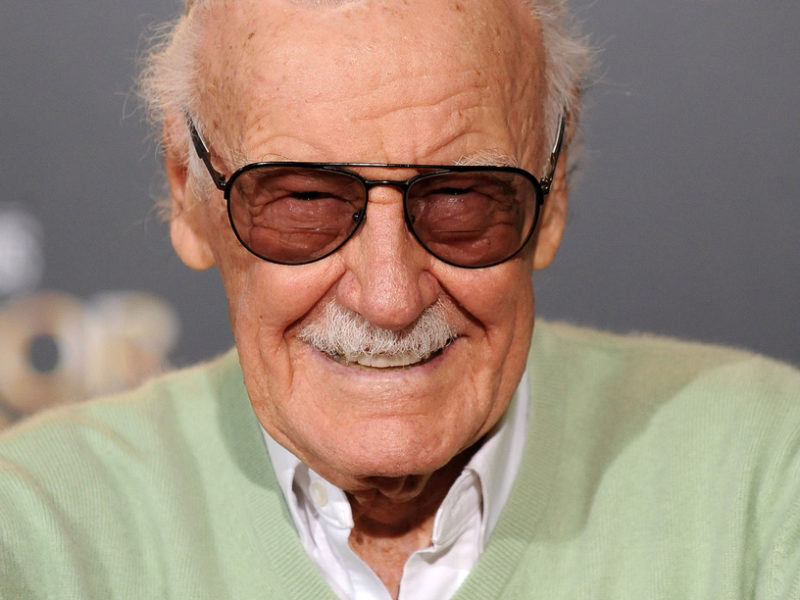 Being a celebrated writer, editor and publisher, Stan was part of many people’s childhoods through his superhero comic book stories. Since 1939, he created and collaborated on beloved heroes such as Spider-Man, Black Panther, Iron Man, the Incredible Hulk, the X-Men and the Fantastic Four among others.

While Stan was known to be a Jewish agnostic, some of his superhero creations tackled tough topics such as politics and religion over the many years of his career. When asked “Is there a God?” he responded, “Well, let me put it this way… I’m not going to try to be clever. I really don’t know. I just don’t know.”

Hopefully Stan found the answer to that life-long question. Today we remember him for his God-given creative talents which have shown new generations of people that ultimately good triumphs over evil.

Throughout his life, Stan was a hardworking creative. It was said that his work with artist-writer collaborators Jack Kirby, Steve Ditko and others brought Marvel Comics from being a small company into the #1 largest publisher of comic books.

Stan told the Chicago Tribune, “I used to think what I did was not very important. People are building bridges and engaging in medical research, and here I was doing stories about fictional people who do extraordinary, crazy things and wear costumes. But I suppose I have come to realize that entertainment is not easily dismissed.”

Stan loved to infuse his superhero characters with power and personality. The Spider-Man and Incredible Hulk characters showed not only their strengths but also their struggles and weaknesses. Some of these may have been reflections from Stan life transcribed onto the printed and colorful pages.

Born Stanley Martin Lieber, on December 28, 1922, he enjoyed adventure books. Graduating from DeWitt Clinton High School he began stage acting. But then in 1939 he was hired by Timely Comics. In 1941 he wrote a two page story known as, “The Traitor’s Revenge.” It was originally used as filler so the magazine could ship for a lower rate. He used the pen name, Stan Lee.

Serving in the US Army he wrote manuals and training films, working alongside Oscar winner Frank Capra, and Pulitzer Prize winner William Saroyan, and Theodor Geisel of Doctor Suess fame. After World War 2 he returned to work for the Martin Goodman publishing company.

In 1961 he collaborated on creating the Fantastic Four for the rebranded company, now known as Marvel Comics. Adventure lovers everywhere loved his stories.

Stan appeared briefly in many of the more recent Marvel Comics movies, such as the Avengers movies.

He was married to Joan in 1947 and is survived by a daughter, J.C. His younger brother, Larry Lieber currently works for Marvel Comics.

For just $100 per month you can bring the gospel to 10,000 homes. Join us as media missionaries! GIVE NOW
VIEW COMMENTS
« Blessed Are The Poor In Spirit Become a God-Tracker, Tracking His Plans and Purposes for Your Life »