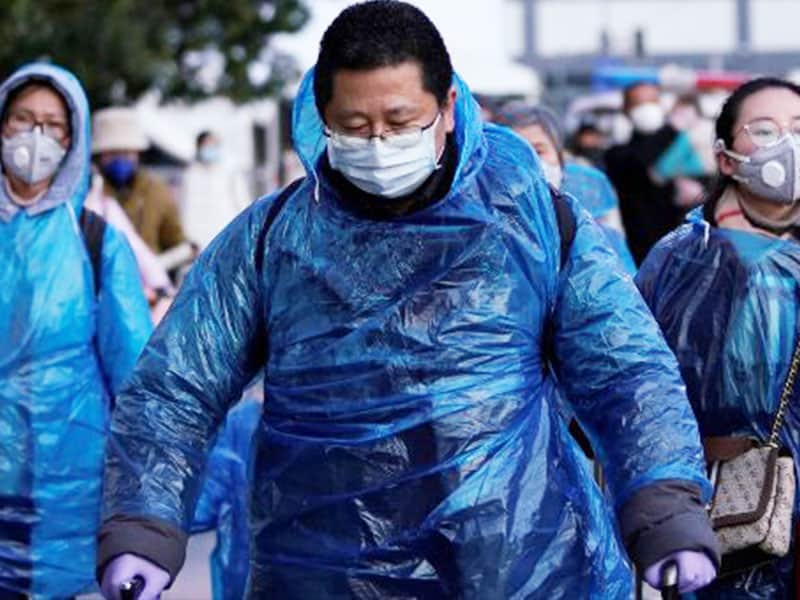 The novel coronavirus has become a global concern. As a result, a lot of speculation about the truth behind the viral infection can be read on the Internet. Some reports say it’s not as serious as the fear propaganda would have us believe. While on the other hand, others say it’s a more serious issue than what the news tells us. But what the media never tells us is the supernatural moving of God in the midst of this outbreak.

Stephen Strang of Charisma Magazine was able to interview Pastor Frank Amedia. The pastor has information about the response of Christian churches in China and what God is doing amidst the coronavirus outbreak.

Pastor Frank’s POTUS Shield ministry has a “close alliance with the Christian community in China,” according to Charisma Magazine. His reliable sources from China revealed that many Christians were being supernaturally healed.

Reports Of Supernatural Healing And Revival

“We’ve had reports of Christians being healed of this virus by the power of God and the healing of God,” he said. “My sources tell me the same thing, whenever there is this kind of a problem—like there was with SARS.”

Coronavirus is the third plague to have hit China in the span of this generation. Pastor Frank then pointed out that “when the people can’t rely on their government, they look for help elsewhere—and that’s when the church has the opportunity to shine brightly with the gospel.”

“We’re being told that people are coming in swarms to churches, house churches, that there’s gospel and evangelism going out in the streets, person to person, that there’s supernatural healing,” he testified.

Furthermore, the pastor also revealed shocking revelations about the rumors speculating around the Internet about coronavirus. According to his sources, “the numbers of deaths and infections are much higher than media outlets are portraying.” He says that the death toll caused by the virus is now actually in tens of thousands.

“What we’re hearing is that while this was being kept suppressed by the government of China, people were dying in Wuhan, which is the capital of the Hubei province in the central area of the industrial area of China,” Pastor Frank said.

“… We are told that people were dying before it was even admitted. The hospitals didn’t know what to do with them. They told them to return home, to stay in their homes, and they were dying. And most of the widespread stories we’re getting is that many of them were cremated quickly—some cremated and not even identified for their families, who are still looking for people. They just didn’t deal with it appropriately.”

The Actual State Of China, According To Pastor Frank

He also shared that the virus has already reached the four corners of China. And that there are actually quarantines in several areas.

Pastor Frank then revealed that these informers were not just from among his Christian friends, but industrial sources as well.

Today, according to his sources, over 2 million people signed a petition to request transparency, truth and free speech in China.

Where Did The Coronavirus Come From?

The pastor also believes that the virus did not come from a marketplace. He said it “came from a P4 laboratory, which was located about 20 miles from the marketplace that was originally believed to be the starting point for the virus.”

“These are high-level, bio-safety, viral laboratories… This laboratory was established in a joint venture between the French government starting back in 2004 as a response to the SARS [virus] so that the Chinese government would have a research lab for humanitarian purposes and to develop vaccines,” he said.

But a few years ago, the French backed out of that joint venture. Because they found out the Chinese had taken and replicated the laboratory for their own interests. They turned the lab into a privately owned business.

Sen. Tom Cotton of Arkansas spoke out about the issues, but some labeled his words as a conspiracy theory. According to Pastor Frank, “the Chinese ambassador is not denying that it could have come out of this lab, which surprised the White House.”

We don’t really know the full truth behind this crisis happening in China. However, we know that God is powerfully moving through this horrible situation. That’s why we must keep praying that this virus would be contained and eliminated.

But above all, pray that people would come to know Jesus in response to this frightening epidemic. That this event would spark a revival in China.