BREAKING
Bennett Coalition Government Collapses, New Elections On Horizon—And The Return Of Netanyahu?
Rooftop “Glamping” Pops Up In Israel
“Steph Curry Is Copying Me… Again…With A Hebrew Sweatshirt”
STAND WITH UKRAINE
Home Faith Surround Yourself With People Who Challenge You

Surround Yourself With People Who Challenge You

Have people who genuinely want the best for you 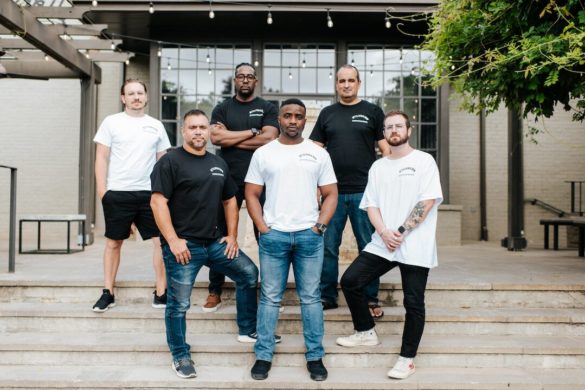 I remember one of the first things that made me fall in love with my husband, Matthew. It wasn’t his crazy sense of humor, as much as I do believe a sense of humor is key in any marriage. It wasn’t even the fact that he took me out for dates, as much as I’m a big believer in romance too, but it was actually the fact that he was willing to challenge me. He was willing to push me when I wasn’t quite being the best version of me that I should have been.

I remember this one day, a friend of mine had a disagreement with me and she really hurt me with her words, and I came to Matthew with all my words of what she said and how I felt. I wanted him to put his arm around me with lots of pity and tell me how I was justified in my pain and hurt. But he didn’t; he challenged me and said, “Oh, Becky, she doesn’t even realize she’s hurt you. Just love her anyway.” As much as that really irritated me, it’s actually what I needed in that situation, and because Matt loved me and cared for me, he wanted the best for me.

My challenge to you today, is do we only ever surround ourselves with cheerleaders, or do we have people in our lives that are willing to challenge us, too?  If you’ve never read 2 Chronicles 18, let me encourage you to read that today. It’s an incredible scripture. I want to share a few verses from it, with you this morning, about how king Ahab wanted to do something, and so he summoned all of his ‘yes men,’ and he had plenty of ‘yes men.’  So 2 Chronicles 18, starting in verse 5, it says, “So the king of Israel, summoned the prophets, 400 of them and asked, ‘Should we go to war against Ramoth-Gilead, or should I hold back?’ They all replied, ‘Yes, go right ahead for the LORD will give you the victory.’ But Jehoshaphat asked, ‘Is there not also a prophet of the LORD here? We should ask him the same question.’  The king of Israel replied to Jehoshaphat, ‘There is one more man who can consult the LORD, but I hate him. He only ever prophesies trouble for me.'” So they sent a message to go bring this prophet of the Lord, and they try to put pressure on him to make him to conform with all the other prophets. But he doesn’t; he obeys the voice of the Lord, and he tells king Ahab, “If you go into battle, you will not succeed.”  Determined, king Ahab completely ignores the prophet and goes ahead with all his ‘yes men’ goes straight into battle. He disguises himself so that no one on the other side would know he was the king, but goes into battle anyway. Well, the Bible continues to tell us that a random shot was fired and it hit king Ahab, right where the armor joined together, right in the gap in between, and it cost him his life. Because king Ahab only listened to those who agreed with him and what he wanted to do, it ended up costing him his life.

My challenge to you today is, YES! Have cheerleaders in your life. Everybody needs people, inspiring them and saying, “Yeah, go for it,” when God’s asking them to step out. But, equally have people in your life who are willing to challenge you when you are out of line. Have people who genuinely want the best for you, even when that goes against what you want to do, because that is a real friend.