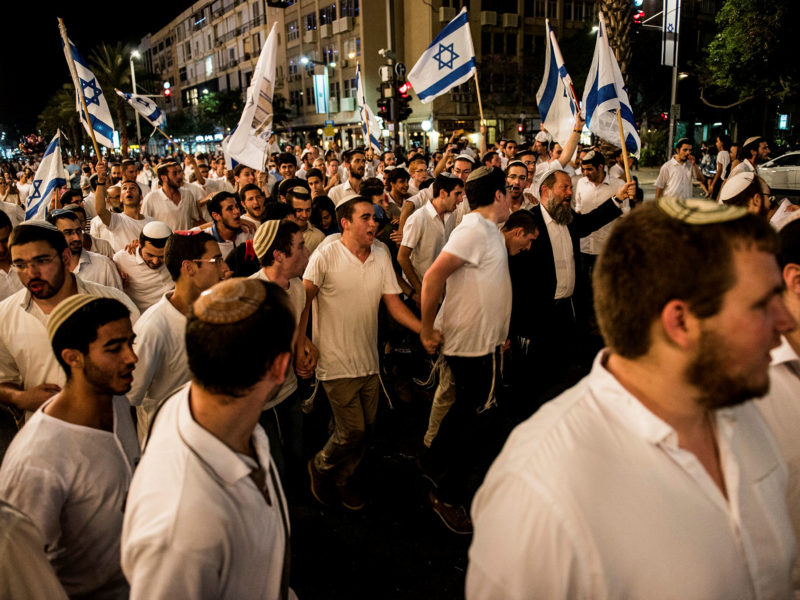 Israeli Jews are more influenced by the laws of the country and their religious values than by the values of the Western world when they address the question “what is right and wrong, what is good and what is bad,” according to a new Jewish People Policy Institute (JPPI) survey.

Among Jews, state law is the most influential, with 57 percent saying that these laws affect them “completely,” compared with 51 percent among Arabs. Among Arabs, religious laws are the most influential. About two-thirds of all non-Jews, 63 percent, say that their religious laws influence their decisions completely, while half of the Jews, 52 percent, say that “Jewish values” affect them completely.

The Jewish People Policy Institute’s Pluralism Index is presented annually on the eve of Yom Hatzmaut, Israel’s Independence Day. This year the index included questions relating to the values employed by Israeli Jews and non-Jews when making ethical decisions.

The survey found large gaps between the influence of state laws and the values ​​of culture and religion on Israeli citizens, and what is generally defined as “the values ​​of the Western world.”

Among Israeli Jewish respondents, less than a third said that Western values ​​profoundly influence their decisions, only 29 percent. Among non-Jews, the rate reduced to 16 percent.

Avinoam Bar-Yosef, JPPI’s President, emphasized the importance of the index to monitor trends of tolerance between different groups in the Israeli population.  “It turns out that despite the differences between the various groups that make up Israeli society, their desire to preserve the Jewish character of the state is strong, but as the data shows, the laws of the state are very influential not only for the majority, but also for the minority.”

“Similarly, for both Jews and Arabs, the influence of religious values ​​outweighs Western influences or influences originating in the Arab world,” he said.

The survey was composed of 654 Jewish and 230 non-Jewish respondents. The sampling error is 3.4 percent.

For just $100 per month you can bring the gospel to 10,000 homes. Join us as media missionaries! GIVE NOW
VIEW COMMENTS
« ‘Saluting the Israeli Spirit:’ Israel Celebrates its 71st Birthday 220 New Immigrants From Ukraine Arrive in Israel in Time to Celebrate Independence Day »