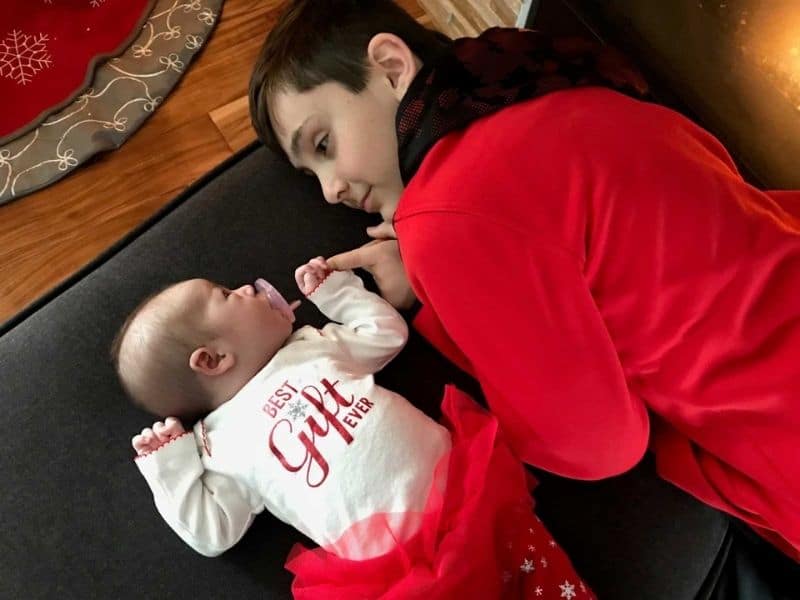 Owynn Lindsay, a 10-year-old boy, has been wanting a sibling for years. He even listed it in his Christmas wishes. But he did not expect his Christmas gift would come early this time when he found a newborn under the Christmas tree.

Adam and Stacey, Owynn’s parents, were not strangers to Owynn’s dream. In fact, after having Owynn, they spent 7 years trying to bear a child. But after suffering five miscarriages and failed in-vitro, they resorted to foster care. 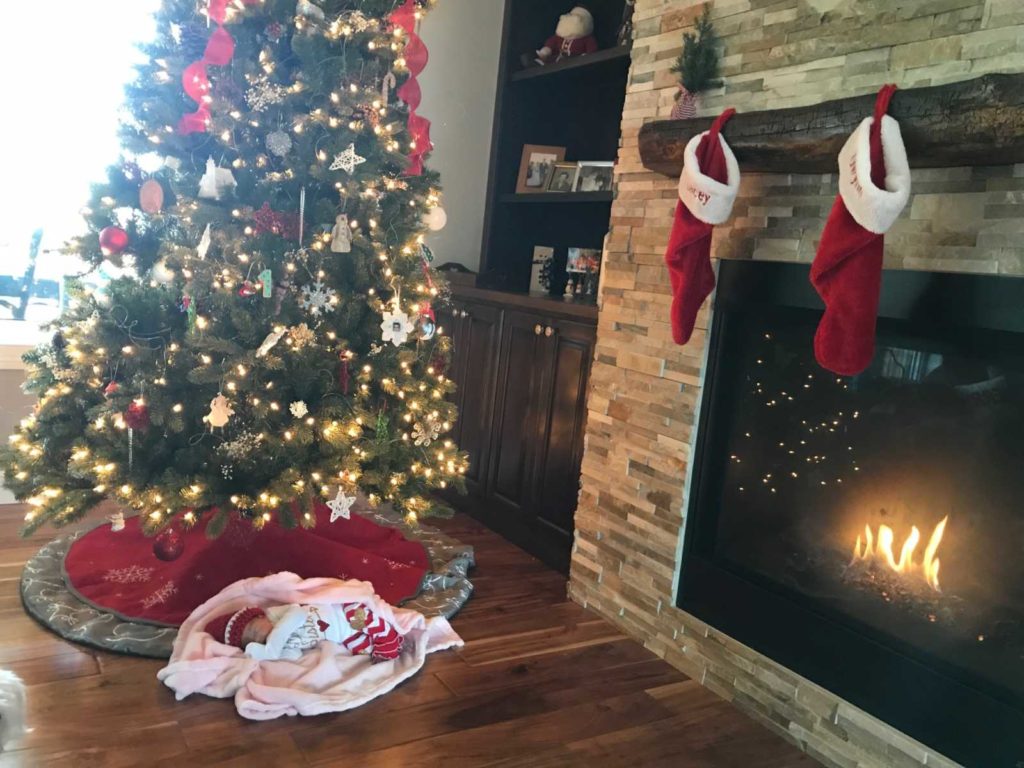 Stacey shared, “After five miscarriages and unsuccessful in vitro, we surrendered our journey to God. We thought we would try and do foster care… He and I had a lot of deep conversations about how sometimes God doesn’t always answer our prayers exactly how we intend him to.”

However, the couple forgoes the idea of foster care during one of the foster classes that they attended. “We knew the goal of fostering was to place that child back with his or her family, and our hearts were too sensitive — we knew that part might be extremely hard for our family. My son was heartbroken.” 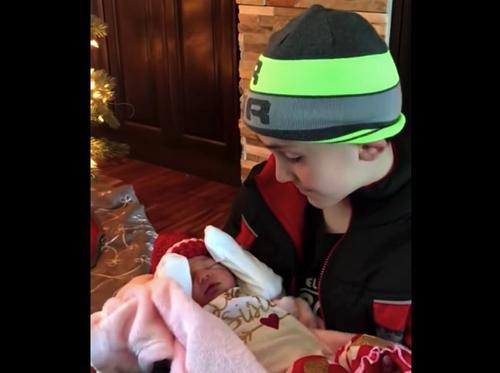 So, the family prayed more. And on June 2017, they met a young woman who wanted to put her baby in adoption. Stacey recalled, “By the grace of God, we were introduced to an amazing young woman, Kendra, who wanted to place her baby for adoption. We knew it was a one in a million chance she would pick us, but our prayers were answered.”

Stacey explained that the birth mom could always change her mind, so they kept the situation a secret from Owynn. They feared that Owynn might get disappointed again.

On December 6, 2017, Kendra delivered baby Naylee. “We stayed in the hospital with Naylee and didn’t leave her side until Kendra gave us permission to take her home.”

Finally, they officially took Naylee home on December 8. They thought of how to surprise Owynn. So, they put the baby in a baby seat under the Christmas tree while waiting for Owynn to come home from school.

Owynn ran to the porch, surprised that his parents were home early. They then led Owynn to his most-awaited answered prayer. 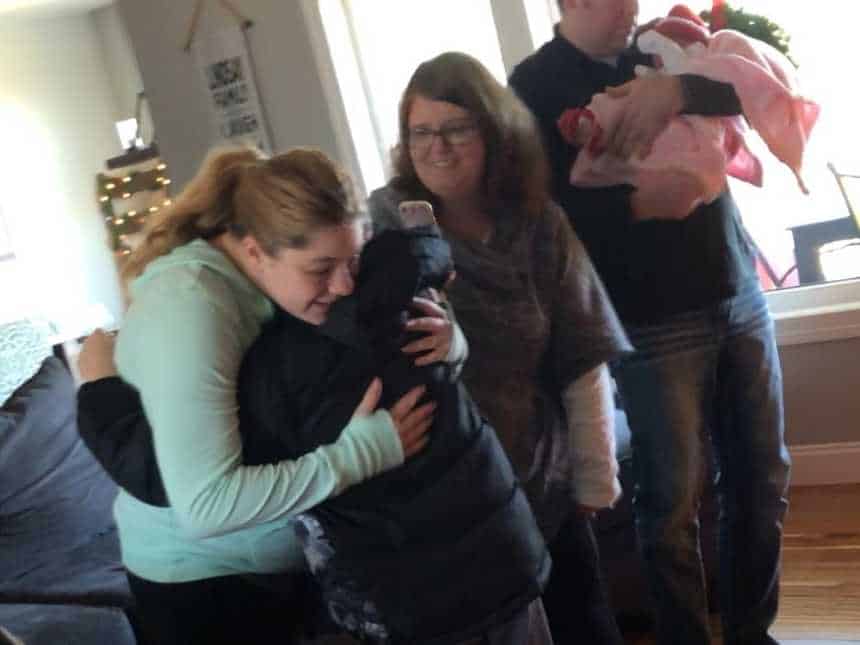 Owynn hugging Kendra beside his mom, Stacey, and dad, Adam

When Owynn saw Naylee, he did not know what to expect at first. So, Stacey pointed out the print on Naylee’s shirt that says, “Little Sister.” That’s when everything sunk in fro Owynn. He was completely overjoyed as he held his little sister for the first time.

“We are absolutely in love,” Stacey wrote. “At times, we still just look at her and can’t believe how blessed we are. We knew God played a role in all of this. He gave us trials to test our faith. In his time, he gave us what we had always prayed for, our sweet Naylee Kenmyn Rayn.”

Owynn said that December 6 is the best day of his life and that God gave him two sisters, Kendra and Naylee. Stacey concluded, “Without a doubt, her family has become ours. Our plan is to have Naylee always know who her birth mom is and how special she will always be to us.” 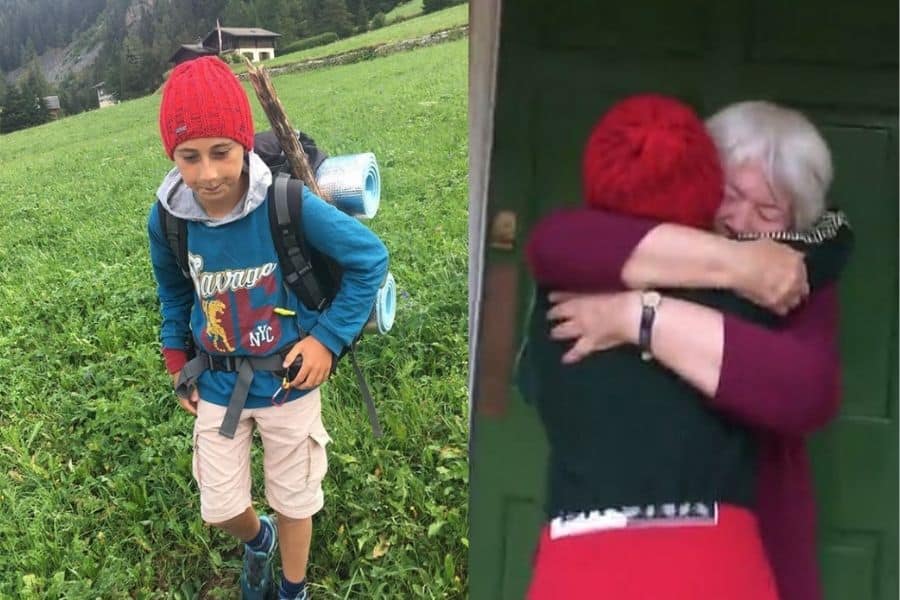 10-Years-Old Boy Walks 1,700 Miles From Italy To England To Do Something Amazing

A 10-years-old boy walked 1,700 miles with his father from Italy to England to see and hug his grandma for the first time after quarantine.

The 10-year-old Romeo Cox from Sicily, Italy was determined to see and hug his 77-year-old grandmother Rosemary after not seeing her for months since the pandemic broke out. Romeo’s grandmother lived 1,700 miles away from them in England.

“I hadn’t seen Granny for a year and a half, so [during lockdown] I planned in secret to go see her,” he said in an interview. 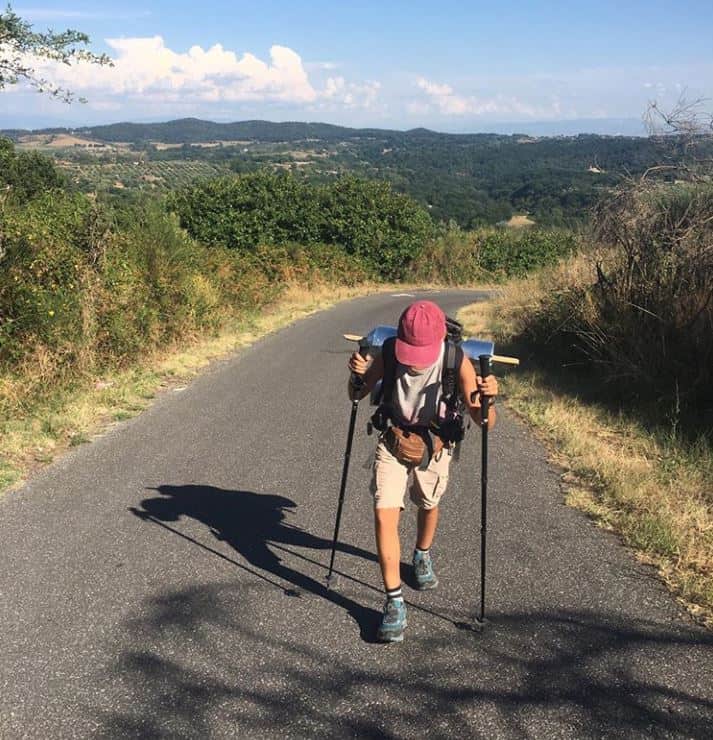 There were no flights to take him to his granny but he was so determined that he set out a plan. His parents took some time to be convinced by their son’s plan.

I asked my parents and they said no more than 50 times,” he said. “Eventually they agreed—provided we planned everything was Covid-safe.” 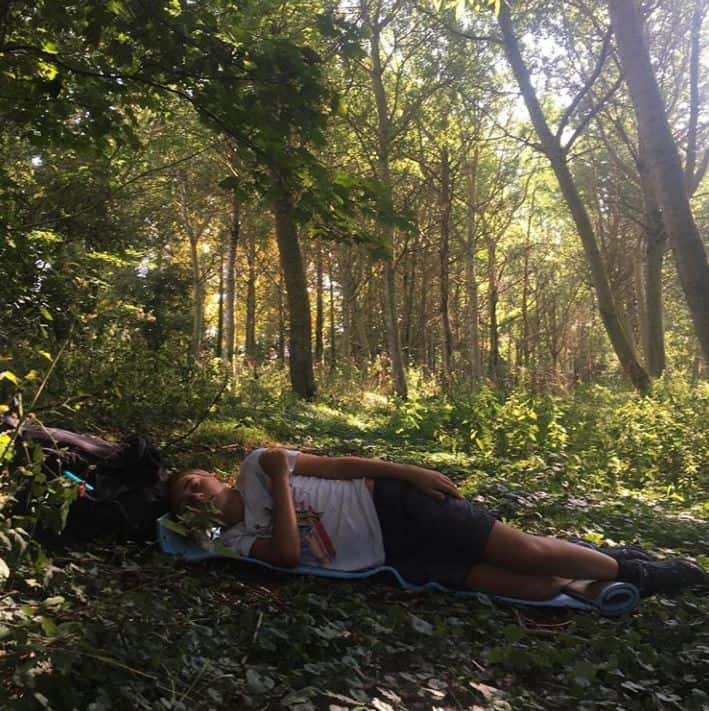 The journey from Italy to England

On June 20, Romeo and his 46-year-old dad Phil started their journey from Italy to England. They trekked across, Switzerland and France, spending many nights under the stars. The duo also faced a lot of difficulties during their journey, however, they just kept on going.

Aside from seeing his grandmother, Romeo also took this journey to raise money to help refugee children. He was inspired to do so after meeting his friend, Randolph, who was forced to march from Ghana to Italy with his family. So far, Romeo has raised $14,000 in donations of his $15,000 goal. 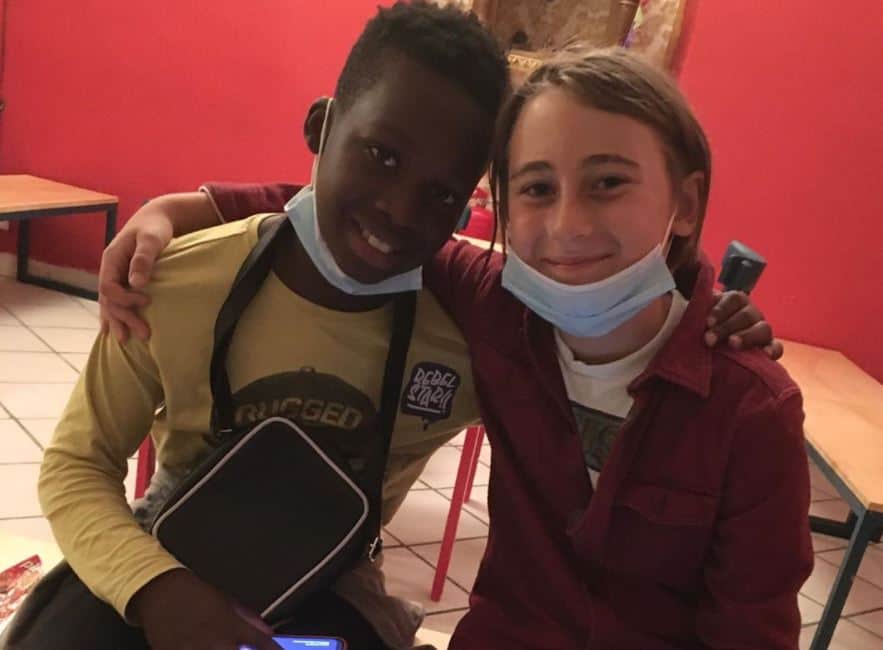 “He walked even further than I have on this trip, but without food and water and in fear. He was risking his life,” Romeo told Metro News. “Helped me when I came to Sicily, and so I wanted to help him and other vulnerable children in return.”

After walking for three months, the father and son were able to reach London on September 21. They spent two weeks in isolation before being able to finish their journey to granny’s home. Upon seeing his grandma’s home from afar, Romeo ran to her ending their journey with an embrace that he has longed for.