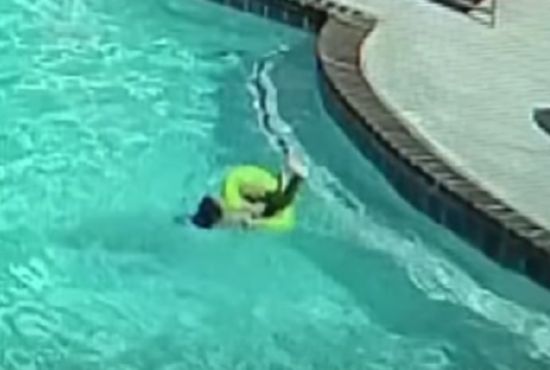 A 10-year-old girl saved the life of her toddler sister who drowned in a pool, the shocking situation was captured on video.

On May 15, Jayla Dallis and her toddler sister Kali Dallis were enjoying the pool of the Chambiee apartment complex in Georgia. Little did they know that a terrifying situation would happen during that moment!

The accident happened when Kali jumped off the shallow side of the pool with an inflatable floating device around her waist. She fell into the water head-on first and was kept below the waters, upside down by the inflatable device. The little 3-year-old girl struggled to free herself from it while trying to breathe in some air above the waters. 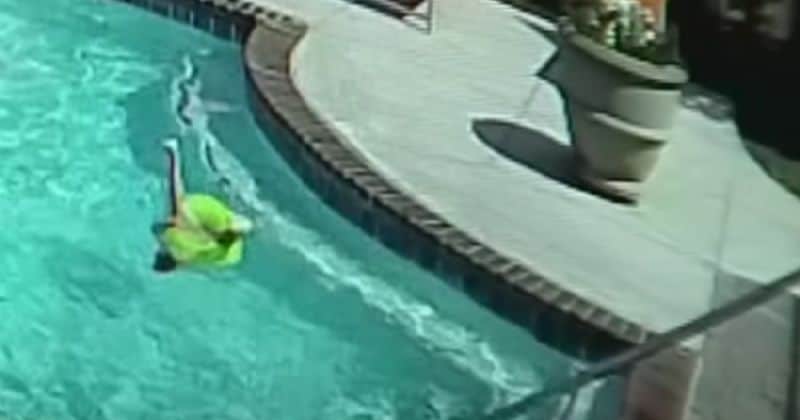 When she was able to finally release herself from the inflatable device, she had already reached the deep part of the pool. The poor little girl was drowning. Thankfully, Jayla, who was at the other end of the pool, noticed her sister struggling. Without any hesitations, she jumped into the waters to save Kali.

“She was, like heavy, so I had to pull her by her hair, and then I grabbed her by her waist and pulled her up,” Jayla told Good Morning America.

Jayla tried to do CPR on her. Their aunt and other pool staff rushed to the scene and did all they could to save her life. A witness called 911. When police sergeant Ed Lyons received the report, he felt connected to the case since he is Kali’s father.

“I saw my little girl laying there, the same kind of little bathing suit she wears,” Ed said. “Same little hair pulled up in a little bun up top. You know you kind of have to push past that and do what you’re trained to do.”

Little Kali was in critical condition when she was rushed to the emergency room. After two weeks of fighting for her life, she was finally home last Friday. Her recovery was all thanks to the quick response of her big sister and the divine intervention of the Lord.