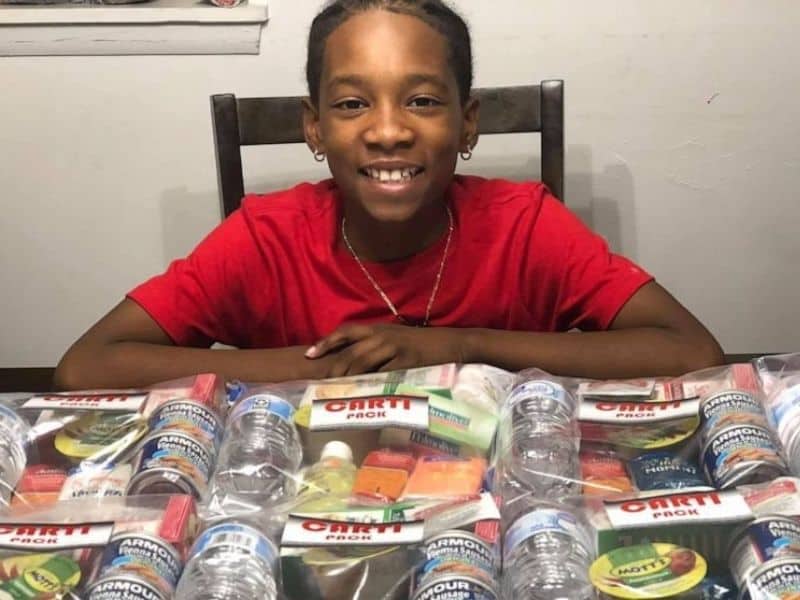 An 11-year-old proved that age is just a number. When Cartier saw the need of struggling single moms during the pandemic, he started his own business to raise funds to support them.

Cartier stood a lemonade stall in his hometown Hampton, Virginia. During the summer, he earned about $4,500 in the first month. His small stall also served as a drive-by where people could donate diapers. He buys diapers, wipes, and other supplies needed for parents in taking care of their children

“There were no diapers at all and I was like, ‘Oh, people are having babies so I should help [them] afford diapers,’” Cartier told ABC News.

Furthermore, he opened his own non-profit organization, Kids 4 Change, to invite other kids to join in the initiative. He says that the late Kobe Bryant inspired him to make an impact in his community.

Cartier’s mom happened to record a heartwarming moment where one mother was moved to tears with Cartier’s effort. It made her remember days when she was in need, single-handedly taking care of her children.

“You are helping so many people. You have no idea,” the mother said. She continued, “You see this truck? I didn’t always have this truck. I lived in a church home. And coming from where I came from and nowhere, it’s because of people like you. People gave me diapers, you know? You’re an amazing young man and you can go far.”

Cartier’s exchange with the mother only motivated him more to continue what he has started. “It was heart-touching. I [almost] cried myself when she gave me a hug and started crying,” he recalled. “After that, that made me just want to keep doing it.”

“Others can make a difference just like I’m doing right now,” he said. “They can save lives and be heroes. They’re never too young.”