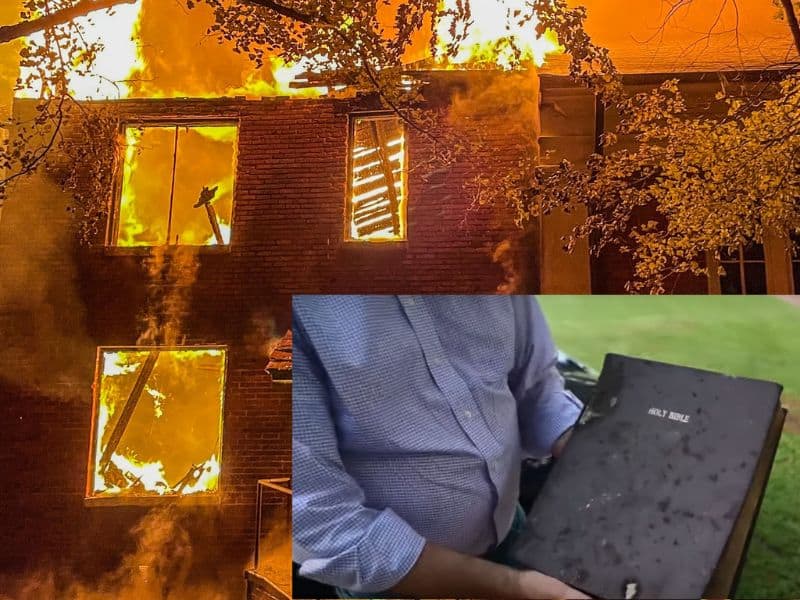 A 180-year-old bible miraculously survived the fires that burned the old historic Mississippi church to the ground.

On August 13, a fire broke out in the College Hill Presbyterian Church in Oxford, Mississippi. It devastated the almost 200-year-old building. Since 1844, the church has inspired and encouraged faith believers. But, the tragedy has caused heartbreak and grief to the church’s members.

Church elder Doug Paul told WATN-TV how the church has responded to the sad news. “The first response on Sunday is heartbreak,” he said. “But there is just as much as there is a heartbreak, there’s also hope and a confidence that, if God protected us for the first 180 years, there’s no reason why we’re not going to build again and be protected for another 180.”

The fire has consumed the church’s rich history, expressed in its original pews, pulpit, structure, and stained glass. But, one thing endured. And it symbolizes the hope God has shone through to His people.

A Bible, which rested on the pulpit, had survived the raging fire. The historical book, dated since the founding of the church, was usually kept open in the pulpit. But, someone closed it just hours before the disaster. As a result, it potentially lowered the risk of burn.

Doug Paul added, “We are a Bible-believing church, and we believe that that is the word of God, and that is sustaining. And so, the idea that essentially nothing in this church survived but the word of God — that’s not lost on us.”

The College Presbyterian Church releases a similar statement on its official website. It reads, “This historical building, constructed in 1844, was a significant part of our church’s rich history, and we are mourning its loss. However, College Hill Presbyterian Church is a body of believers, not a building. While we are devastated by the loss, we will continue to gather and unite with great hope and joy as a congregation to worship the Lord who has faithfully shepherded and loved this church for so long.”