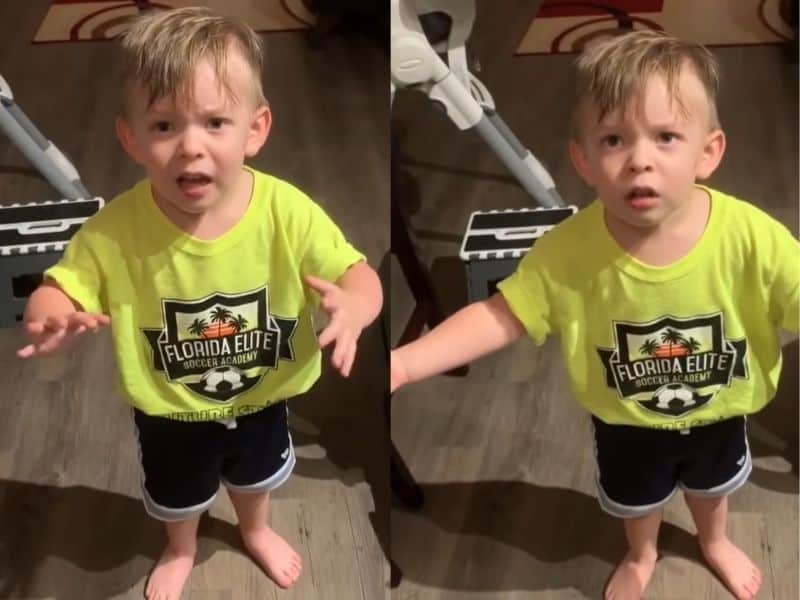 A 2-year-old boy’s video went viral because of his adorable way of explaining to his father how his mother did not kiss him goodbye. The missed affectionate gesture made the toddler “mad.”

Diana Simos uploaded the video on Youtube and it has spread quickly on different social media platforms. It has gathered more than 18 million views in almost a year.

The clip shows Diana’s husband recording Alexander, their son, in his desperate attempt to express his “anger.” “Mama.. and me,” cute Alexander said. He used his hands and facial expressions to point out that Diana did not kiss him goodbye.

Mama did not kiss him goodbye

Thankfully, his father has acquired the skills of interpreting baby language and accurately translated Alexander’s words. “She didn’t give you a kiss?” he presumed. “And she just went to work? What a.. what kind of mama does that?” he jokingly exclaimed. 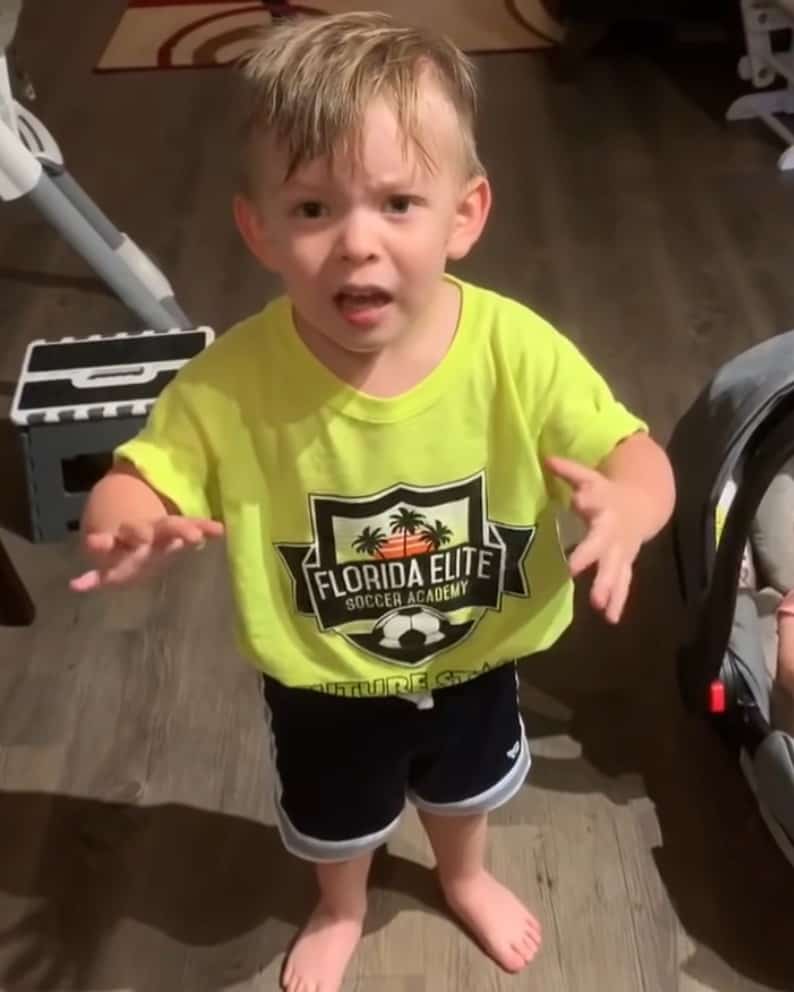 “Yeah!” Alexander retorted. “You wanted to give her a kiss and she just went to work?” Alexander’s father continued.

The video ended with the father and son mirroring each other – “Oh man!”

In her defense, Diana shared her side. “After Alexander’s soccer practice, I was in such a hurry to get back to work. And my baby Alex was very upset he didn’t get the proper goodbye,” she explained. “He had a lot to say and my husband got it all on video.”

Millions of viewers were amused by Alexander’s reason for his frustration. They also noticed his excellent way of communicating with his father. One commenter said, “Most kids would his age would be frustrated with not being to get their point across due to their stage of language development. But this boy used a lot of gesturing and sounds to convey meaning and I love it!”

Another viewer complimented the father. “This dad is a better translator than google translate ????????,” username Yuga Galaxa wrote.

One other viewer noticed the mother’s effort in letting her kids know her love. “The most important thing is that his mum kiss them every day for him to notice that and be upset. That’s a good mum.”