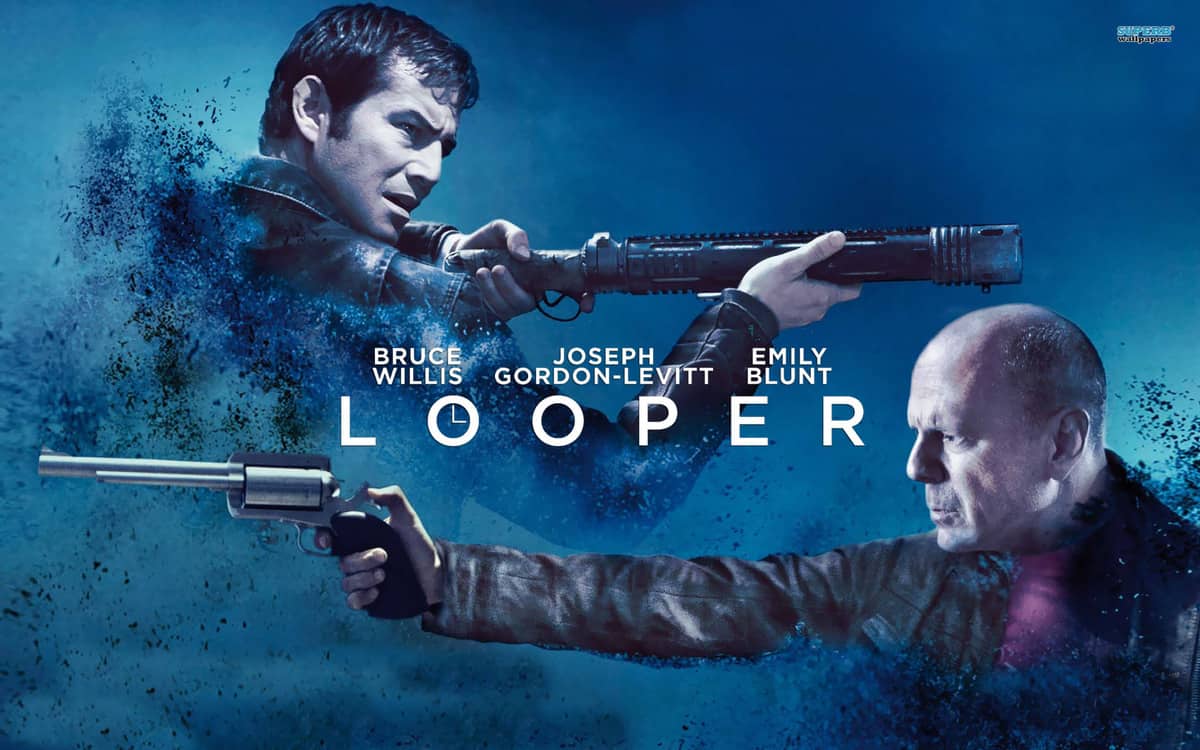 With Rian Johnson directing the latest Star Wars film here’s a celebration of my favourite film from him to date. You might think time travel has been done to death, but Johnson managed to come up with a fresh spin. However, Looper isn’t ultimately about the mechanics of time travel but something much more profound, which I will come to in a moment.

The premise is undeniably ingenious. Sometime in the future, time travel will be invented. It will then be immediately outlawed by a nervous government, whilst powerful crime organisations will use it to send back in time those they want eliminated. These unfortunate individuals then appear thirty years earlier (still in our future) where they are immediately assassinated by “Loopers”, who then dispose of the bodies that technically don’t exist yet. However all Loopers know that at some point their future selves will be sent back to be killed, thus closing their “loop” and ensuring their knowledge of the future isn’t used to change it. One day lonely drug addict Looper Joe (Joseph Gordon Levitt) ends up face to face with his older self (Bruce Willis), who then manages to escape and go on the run, determined to change the future.

A bit later there’s a wonderful scene where both versions of Joe sit in a café and discuss time travel. The older Joe tells his younger self not to talk about it or they’ll end up drawing diagrams and getting a headache. Quite honestly this is good advice if you want to enjoy Looper as it really is worth suspending disbelief and going with the flow, sometimes into quite dark places. One plot thread in particular, an exploration of the hoary old “go back in time and kill Hitler as a child” moral conundrum, is particularly noteworthy in this respect.

Performances are all good – not just from Gordon-Levitt and Willis but also from Emily Blunt in a pivotal supporting role, along with Pierce Gagnon, who delivers one of the best child performances I have seen in recent years. The reliably excellent Jeff Daniels also crops up, along with Paul Dano in good bit parts. Incidentally, the older version of the latter character is involved in a truly extraordinary early sequence demonstrating just what can go wrong if a Looper’s older self isn’t immediately killed after being sent back through time.

Rian Johnson asks deep questions about whether the presence or absence a mother can affect the course of a child’s life. Whilst a clear cut answer is rightly not given, the ambiguity of the ending is perfect, leaving the audience to decide. I know ambiguity isn’t everyone’s cup of tea, but in this case I found the climax of Looper (which also features themes of sacrifice and redemption) to be thrilling, moving and beautiful.