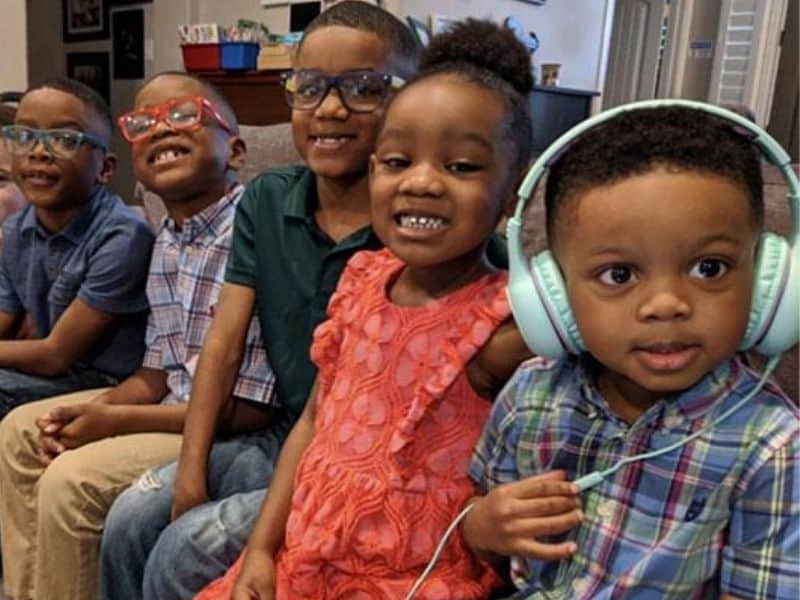 Andi and Thomas Bonura always dreamed of having a big family. After 15 years of marriage, the couple has finally achieved their dream when they adopted 5 siblings who had been living separately in foster care.

The couple from Texas had difficulty in conceiving. The couple lost one pregnancy before being pregnant with twins. Unfortunately, the babies were born prematurely and only one son, Joey, survived. They tried again and Andi gave birth to their two daughters, Sadie and Daphne. After that, doctors no longer advised them not to continue trying. 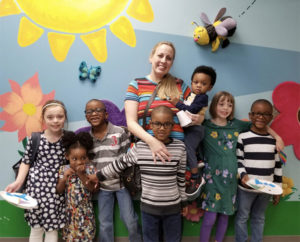 Andi told Bored Panda, “We decided to foster/adopt long before we had children, it was always on my heart. After child number 3, we were told that for health and safety reasons, we shouldn’t have more children. But we always dreamed of having a large family. With the help of our foster agency Depelchin, we trained and became licensed in 2017.”

Soon after, the Bonuras welcomed baby Bryson into the family. Bryson immediately captivated the Bonuras that when they learned he had older siblings, they did not hesitate to move towards fostering them all. 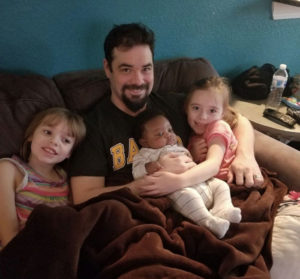 David and Gabrielle came to their home first. Then their older twin brothers, Thomas and Carter.

The day that they’d been waiting for had finally come. They received the call that the kids’ biological parents had given up their rights.

“It was an easy decision to make, adopting them. We knew all the siblings before they moved in and I was completely in love with each of them. When they called and asked if we wanted to adopt, it was an instant yes, for all 5. They were so precious and they had my entire heart,” Andi said. 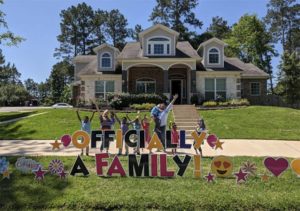 They all officially became a family on May 6. Andi expressed her excitement. “It’s amazing to have 8 children. Each one of my children are incredibly kind and loving, with special characteristics. Watching their little hearts grow and heal has been so rewarding. We have a busy house, but everyone pitches in. They look out for each other, and support and encourage. I really don’t know how I became the lucky mom of these incredible little humans.”