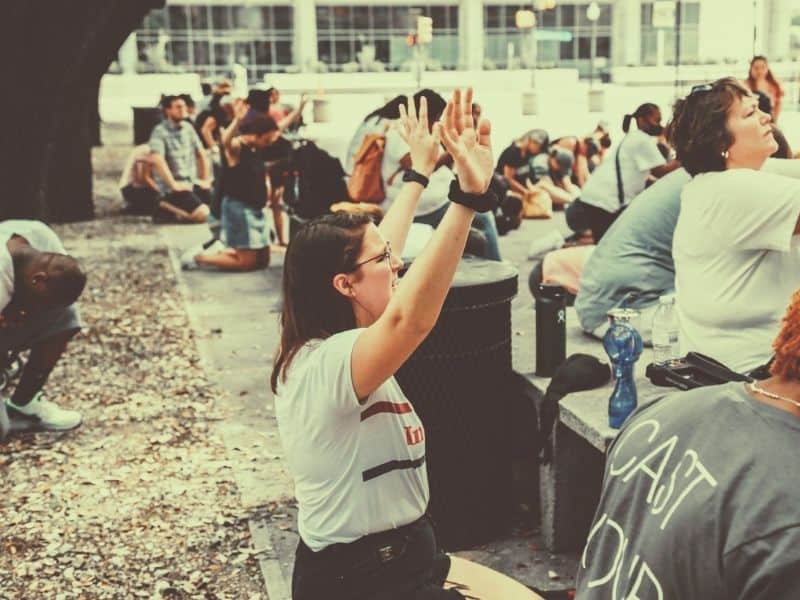 A prayer organization has launched a 50 days around-the-clock prayer leading to the upcoming November elections in the United States. It started on September 17 and will end on the election day, November 3.

Issues and chaos have surrounded America since the beginning of the year. Today, protesters are still holding demonstrations and riots, the pandemic is still looming and many are still suffering loss from the wildfire. As national elections are fast approaching, the country yet faces another critical time.

But a group of Christians has risen to the call and to pray for God’s to move. 24/7 National Strategic Prayer Call organized the ’50 Days of Blessing’ to intercede for the country and for the President. “We have set our hearts as Ezekiel of old. God has given us a mandate to ‘stand in the gap before Him on behalf of the land’,” their official website reads. Referencing from Ezekiel 22:20, “I looked for someone among them who would build up the wall and stand before me in the gap on behalf of the land so I would not have to destroy it, but I found no one.”

Furthermore, the gathering is also a response to a ’50 days protest demonstration’. “Knowing the White House is the Global beacon of freedom to all people,  these forces of chaos have called for a  ‘White House Siege‘. In response, God has called us to stand as watchmen at the governmental gate of our Nation. Our assignment is to counter the siege with “50 Days of Blessing.”  Our mandate is not political but spiritual,” they noted.

A 24/7 worship, prayer, and praise has been stationed at Lafayette Park, across from the White House. “Stand with us as we proclaim the Gospel of Jesus Christ,” they exhorted. “And engage in worship, praise, and 24/7 prayer, creating an atmosphere filled by the Prince of Peace.”

The prayer initiative was started in November 2016 “to protect and secure the victory from the day of the election”.