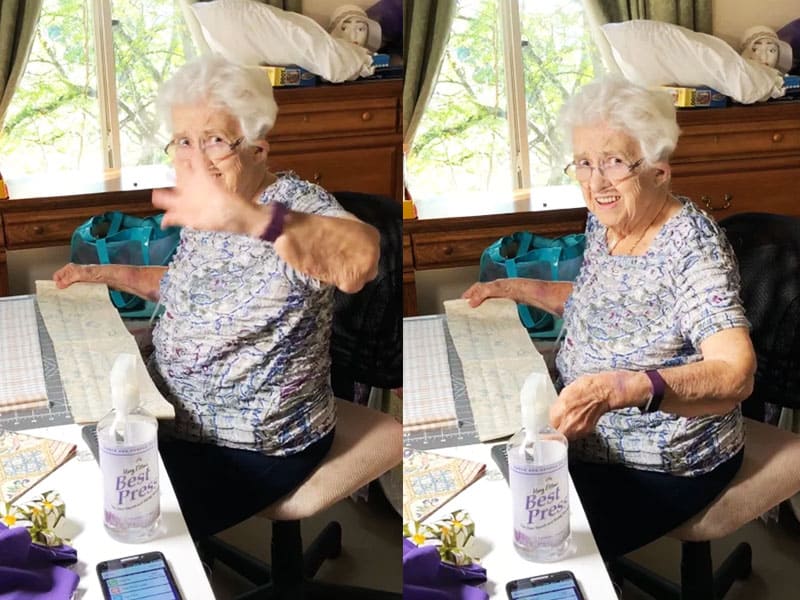 Most people’s initial response to the spread of coronavirus was fear, panic, and how to seek protection and hide. But this 89-year-old grandma responded selflessly and thought of how she could help the people around her.

It is known to all that elderly people are most likely to be at risk when encountering COVID-19. That is why seniors are advised to be extra safe and careful. However, one elderly woman from Chicago, Illinois is making a difference. 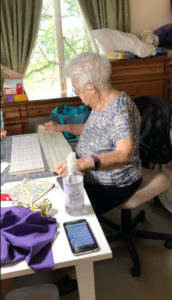 Teresa Provo, also known as Grandma Terry, is making headlines for her selfless act amid the pandemic crisis. Unlike some who were demanding help, she never complained nor waited for anyone to come along and help her. Instead, the moment she heard that there was a shortage of masks and everything was on lockdown, she took the initiative to help. She immediately thought of her family and other people around the world and responded to the need.

Police Officers Pray Together For Fellow Officer Affected By COVID-19

This 89-year-old woman saw the crisis as an opportunity to aid others. And she began making her own masks because her first thought was to protect others when the pandemic broke out. 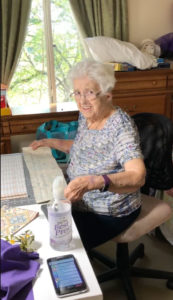 “First, she found all of the fabric she could. Then she proceeded to sew masks for all of her family members and friends — adding up to about 50 masks total,” reported Shareably.

The selfless grandma then mailed everyone all over the country from Chicago, Wisconsin, Florida, Minnesota and California that her masks are all ready to go. 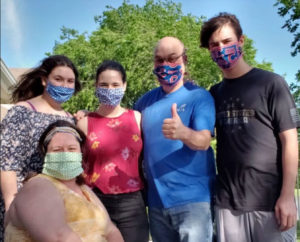 Despite the threat in her health for people like her age, Grandma Terry never resorted to the full-on panic mode. Amazingly, she became proactive to help others in any way that she could.

Moreover, she even went the extra mile to personalize each mask according to the person’s favorite sports team. Also, the sweet grandma included handwritten notes. 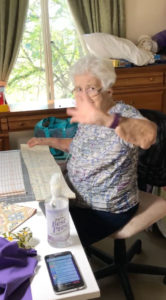 The news went around about her doing such a noble act. So when a group of elderly people called “Red Hat Club” heard of what she did, they decided to join her cause. Now, Grandma Terry, along with the Red Hat Club, made masks for the nursing home residents in Chicago, Illinois. As a result, they made over 600 masks.

Apparently, Grandma Terry is making sewing her hobby in this time of isolation. She is indulging herself towards her sewing machine which has “basically been a savior during this time.”