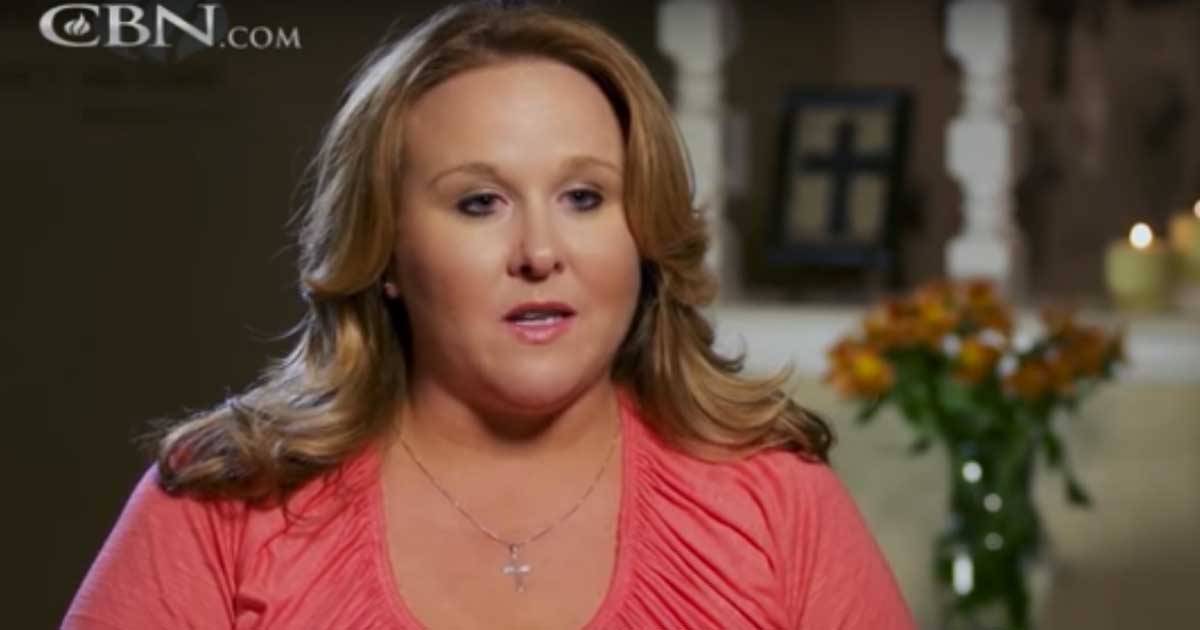 Crystal Mcvea was molested when she was three years old. She grew up believing that she was filthy and disgusting. She went to church and accepted Christ when she was eight and got baptized. After that, she hoped this terrible experience was over but the abuse continued until she was 12. Because of all the pain in her life she begun to believe that there was no God, because nobody saved her from the abuses that was happening to her.

She started using drugs and alcohol in her teen years and by the time she was 21, she became a divorced mother with two children. When she reached 28, she decided to settle down and get married and she and her husband Virgil had twins.

In December 2009, an unexpected event happened, Crystal had a complications and ended up with a 110 degree fever. She felt so cold and her lips were blue and she wasn’t breathing. Her mother started to scream, “She’s dead! She’s dead’.

For the next nine minutes a medical team tried to restore her and while this was happening, Crystal says she was in Heaven. She knew she was in the presence of God.

“I remember being so at peace and so bathed in this light and this love,” she said.

She saw a light and it was all over her. Then she tried to ask God a question. She wanted to know why He didn’t love her and why He let bad things happen to her. In an instant God became very real to her as she experienced His love. She fell in front of Him and worshipped the Creator.

Crystal traveled with God through the light and noticed a little child who was laughing. God told her that she was seeing herself at three years old – at the time when the enemy stepped into her life and whispered that she was worthless, broken and disgusting. But God allowed her to see the truth and that truth set her free. He let her experience His love.

What happened next will then amazed you, watch and be inspired by this breathtaking testimony.