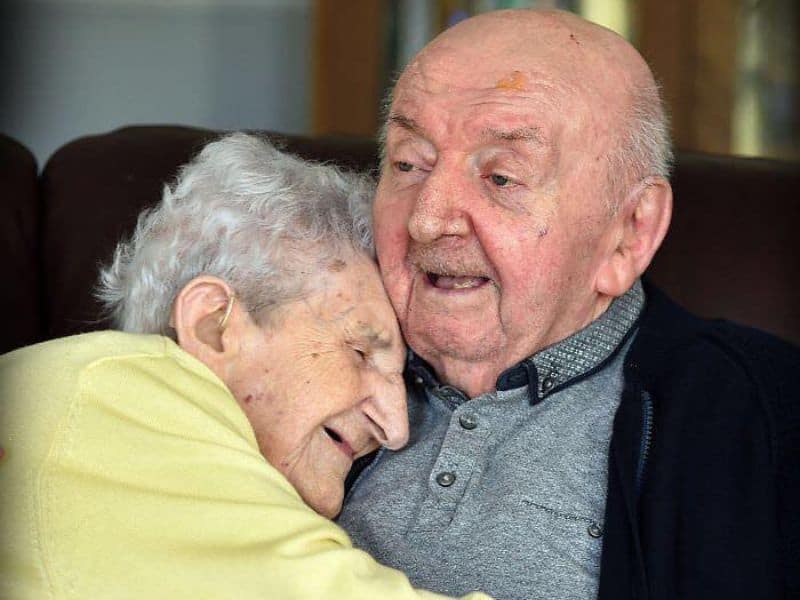 A 98-year-old mom moved into the same nursing home where her 80-years-old son is so she could look after him.

Tom Keating, who never married, always lived with his mother, Ada. He worked as a painter and a decorator. But, after he retired, he had to reside in the Moss View Care Home in Liverpool to receive more care and support for his condition.

A year later, Ada could not withstand living in her home alone. At the same time, she would worry about her son from time to time. So, she decided to move into the same nursing home with Tom.

Of course, Tom was delighted with Ada’s decision. Who wouldn’t be? “No matter your age, you will always need your mom,” one quote says. And this rings quite true to 80-year-old Tom.

“I’m happy to see my mum more now she lives here,” he shared. “Sometimes she’ll say ‘behave yourself.’ She’s very good at looking after me.”

The nursing home staff was more than pleased to have Ada in their care. The mother and son’s relationship encourages them to be more supportive.

Philip Daniels, the manager of the Care Home, said, “It’s very rare to see mothers and their children together in the same care home. And we certainly want to make their time together as special as possible. They are inseparable.”

He added, “It’s very touching to see the close relationship both Tom and Ada share, and we are so pleased we were able to accommodate both of their needs.”

Even in her old age, Ada tirelessly looks out for her son. She shared, “I say goodnight to Tom in his room every night, and I’ll go and say good morning to him.”

“When I go out to the hairdressers, he’ll look for me to see when I’m coming back. When I get back, he’ll come to me with his arms outstretched and give me a big hug. You never stop being a mum.”