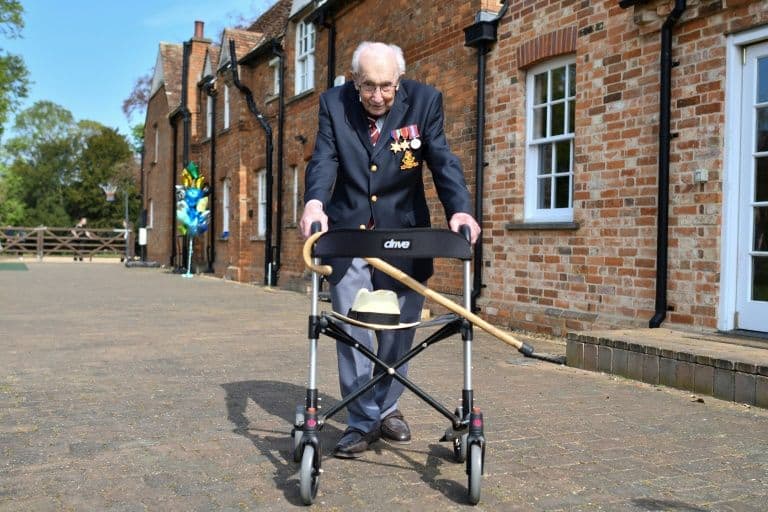 A 99-year-old World War II veteran raised over $21.7 million for the COVID-19 front-line workers in the hospital by walking laps around his garden.

Tom Moore, who will be turning 100-years-old on April 30th, is making a huge impact on the National Health System by just walking. It is his way of thanking the NHS for helping him recover from a hip replacement and skin cancer a couple of years ago.

For the celebration of his centennial birthday, the former civil engineer is raising funds for the front-line workers during the COVID-19 pandemic. He was able to do so by doing daily laps on his 25-meter-long garden.

The World War II veteran from Bedfordshire began his walk on April 6th with the fundraising goal of $1,200 for NHS Charities Together. Tom also aimed to walk 100 laps around his garden before his birthday. Just a few days after his story broke the news, he was able to raise over $21.7 M through JustGiving!

“I thank the British public from the bottom of my heart,” Tom said. “It’s difficult to imagine all these kind people who have donated so far. It’s just amazing.”

NHS Charities Together is the association of NHS charities that supports more than 250 charities across the United Kingdom. Most of the charities are focused on helping the hospitals especially during this health issue that the nation is facing.

It is Tom’s intention to help during this challenging time in his own little way. But what he did not expect is the amount of support he got.

In 1940, Tom served and fought in India during World War II until the Japanese surrender. He then returned to his homeland to be an instructor at Armored Fighting Vehicle School in Bovington. We are so thankful for his service to his country then and now.