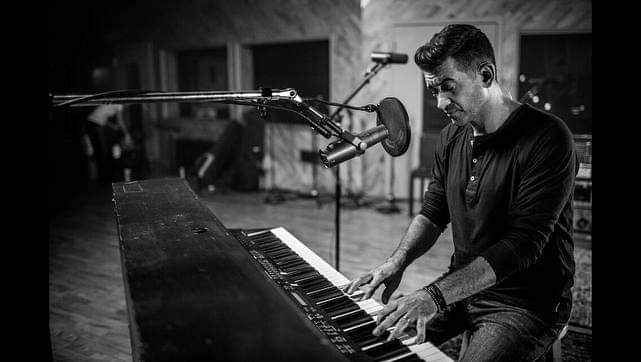 New Aaron Shust Album Is An Anthem For The Soul

Over the past decade, Aaron Shust has earned a reputation as one of Christian Music’s most compelling songwriters and a vocalist of considerable depth and passion.

Aaron was named both New Artist and Songwriter of the Year at the 2007 Gospel Music Association Dove Awards and the impact of his song, “My Savior My God” was recognized with the Song of the Year honor.

Aaron Shust is also known for hits such as “My Hope Is In You,” which spent 14 weeks at No. 1, “No One Higher,” which hit the summit on the Inspirational chart and “Ever Be,” which made its way to No. 3 on the NCA chart. “O Come O Come Emmanuel” has become a perennial holiday favorite, earning acclaim as the most played song each December for 10 years in a row.

With a new album being released this fall, Aaron Shust has kept his promise to uphold the value and integrity we all know and love about him, becoming one of the most creative and trusted voices in the Christian Music Industry.

Isaiah 41:10 says, “There is nothing to fear, for I am with you; do not look around you in terror and be dismayed, for I am your God. I will strengthen and harden you to difficulties, yes, I will help you; yes, I will hold you up and retain you with My victorious right hand of rightness and justice.”

Aaron shares, “Because of Jesus’ finished work, we have been declared innocent in God’s sight. We are accepted and welcome in His presence with NOTHING TO FEAR. This is the theme of my new album!”

Check out Aaron’s new album, Nothing To Fear, being released September 6, 2019.

Like an anthem to our soul, this album is sure to touch your heart, carrying on the spirit of unity that I know this world longs for.

You can pre-order Aaron’s new album, getting all the latest updates and concert events at www.AaronShust.com.

Read also: Trinity Releases An Anthem Of Love, Bringing A Voice Of Unity Across The Airwaves