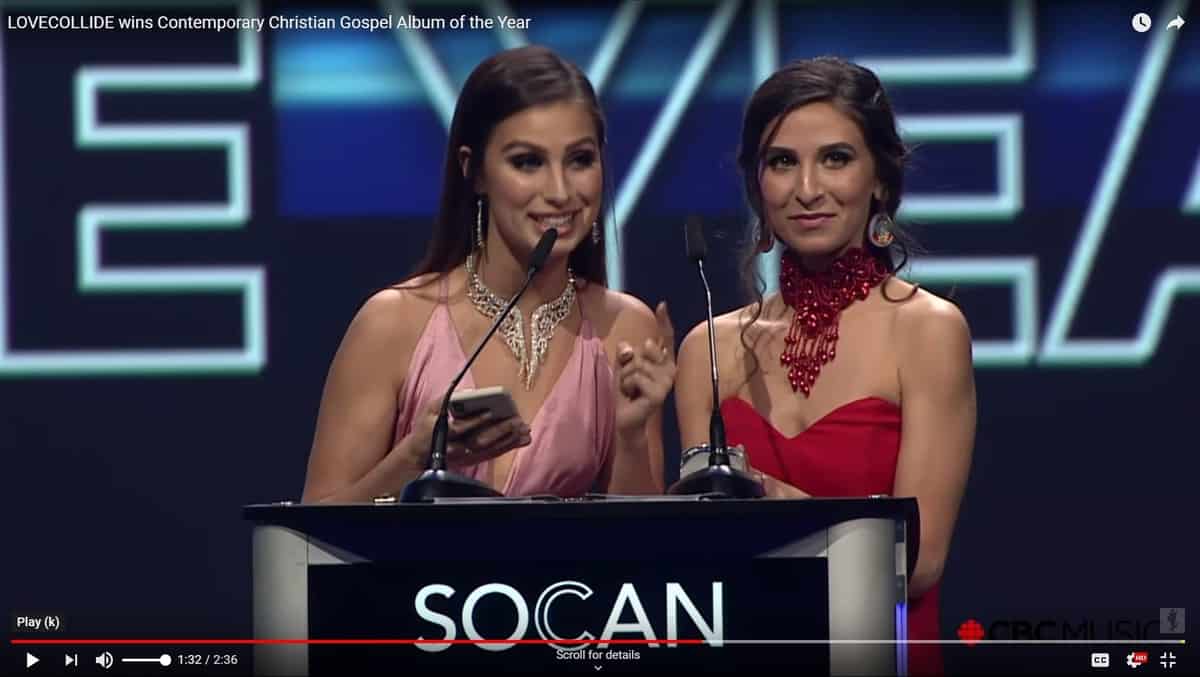 Lauren Budnick and Brooke DeLeary of the faith-forward pop duo LOVECOLLIDE declare “I Don’t Want It” with the lead single from their third full-length album, Tired Of Basic.

“The song is about holding our dreams up to God,” Brooke shares. “We are calling out to God, saying, ‘I don’t want this if it’s without you.’”

“We want our music to be an experience, not just something to listen to,” adds Lauren. “We want the vibe, the style we give people and the love they receive to be something they remember, something that changes them.” 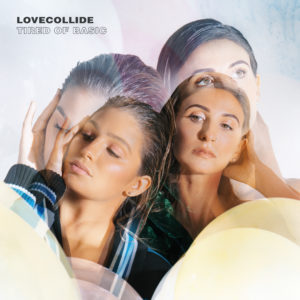 In the Early Spring of 2015, I had the privilege of meeting the LOVECOLLIDE sisters for the first time.

At the time, I was a radio talk show host for the local Tampa Bay Inspiration Station, WTIS. One Jam Nation was a one-hour talk radio show featuring local, national and international Christian music artists. The girls had been traveling for The Millennial Tour, taking a break in Florida with family. We were blessed to have Lauren and Brooke in-studio that day. They performed live, blowing us away with their extraordinary heart and talent.

Hot off The Millennial Tour, the girls were being featured in the film, God’s Not Dead 2, scheduled to be released that following year. They continued to tour through 2015, capturing our hearts, both locally and nationally.

It was full-steam ahead, as the doors of opportunity were opening far and wide for these special young ladies.

Starting out in 2011, as The DeLearys, with one release under that moniker, I’m Out, LOVECOLLIDE released their first full studio album, self-titled, LoveCollide, in April of 2014. War Cry, which was the third song off that album, was ultimately covered in a story by NewReleaseToday’s Kevin Davis, making a big noise throughout the media network. The encouragement this album brought was certain to launch a subsequent album, a Christmas album, and Fa La La Christmas was released in November of 2015.

It was later that the song, Mother of the Son of God took on a whole other life of its own, winning the hearts of its listeners, and gracing the airwaves of radio networks, world-wide. The girls found their way to the Billboard Charts, taking us all along for the ride.

With their second studio album, Resonate: A Ripple to a Wave, not far behind, it wasn’t too long before the duo had their third studio album rolling out the red carpet, as well. 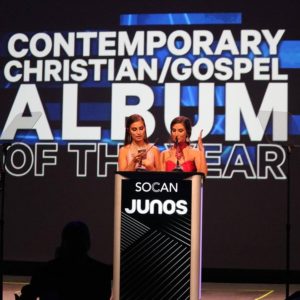 Tired of Basic made its debut in April 2018, taking their fans by storm, continuing to bless us with this resonating message.

Through hard work and perseverance, LOVECOLLIDE have truly made their mark on the Christian Music Industry. With their current hit radio single, Undeniable, the girls continue to gain the faithful support of their fans in Canada, and the United States, alike, as they begin to spread their wings, internationally.

Although based in the United States, the DeLeary sisters are of partial Canadian First Nations ancestry, and are registered members of the Chippewas of the Thames First Nation in Ontario. As such, they were eligible to participate in the Canadian Juno Awards, and their album Tired of Basic won the Juno Award for 2019 Contemporary Christian/Gospel Album of the Year, this past March.

It’s been an exciting and wild ride for this sisterly duo, and what a privilege it’s been to watch them grow through this incredible process.

One thing’s for sure, no matter where these ladies go next, they’re truly standing out among the crowd, winning the hearts of everyone they meet.

“We are aliens in this world and live by heaven’s rules. We are all equal and united in Christ; not defined by labels. We are tired of basic – it’s time to break out of the boxes created by culture. Let’s be the weirdos God called us to be and prove to the world that we are not extinct. Ordinary people do extraordinary things because we serve an extraordinary God. Let’s stir things up and fight for revival. This is the rebelution. Will you join us?” – LOVECOLLIDE

For the latest LOVECOLLIDE news, tour dates and more, go to www.lovecollide.com.

Read also: “Fear No More” Becomes The #1 Most Added Single