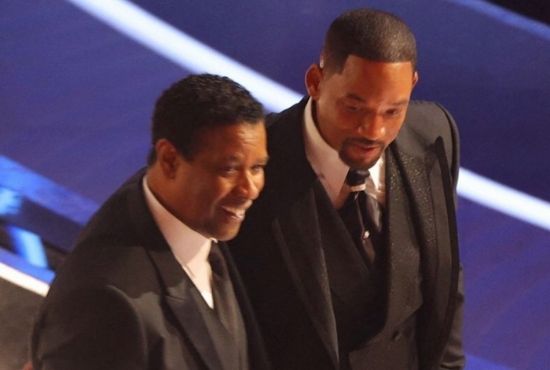 Denzel Washington Reveals What Happened After The Controversial Incident At Oscars

Christian actor Denzel Washington revealed what happened right after the controversial incident between Will Smith and Chris Rock at the Oscars.

During the 2022 Academy Awards on March 27, a incident happened on national television. While Chris Rock was doing a comedy skit, he made a comment about Jada Smith’s health condition. The actress was obviously uncomfortable with the joke. That’s when her husband Will Smith walked onto the stage and slapped Chris.

Right after that incident, during the commercial break, Denzel Washington and other personalities approached Will Smith. Later that night, while Will was giving his acceptance speech for the Best Actor award, he mentioned that Denzel warned him about the Devil minutes ago. 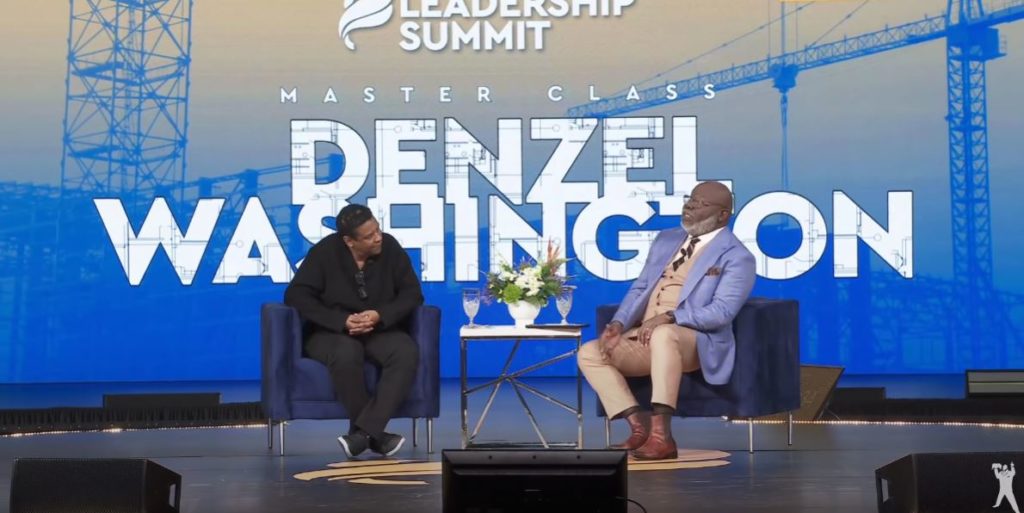 Denzel revealed to everyone what really happened right after the incident and what did he said to Will Smith during that time. At T.D. Jakes’ International Leadership Summit in Charlotte, North Carolina, he talked about why he approached Will.

“There’s a saying when the devil ignores you, then you know you’re doing something wrong,” Denzel told Jakes. “… The devil goes, ‘Oh, no, leave him alone – he’s my favorite. Don’t bother him.’ Conversely, when the devil comes at you, maybe it’s because you’re trying to do something right. And for whatever reason, the devil got ahold of him, of that circumstance that night.”

Prayer is the solution

Denzel revealed that they prayed during that time. There was no condemnation that happened, only prayers and sharing of the grace of God. The well-known actor also believes that in any circumstance, the only solution was prayer.

“Fortunately, there were people there – not just me but others in the gap. [Actor] Tyler Perry came, immediately, right over there with me, and some prayers [were said] … I don’t want to say what we talked about,” he added. “There but for the grace of God go any of us – you know? – who are we to condemn? I don’t know all the ins and outs of this situation, but I know the only solution was prayer – the way I saw it.”

Denzel Washington Reveals the Aftermath of Will Smith’s Slap at the Oscars to T.D. Jakes

Read also:  DENZEL WASHINGTON WARNS WILL SMITH ABOUT THE DEVIL AFTER SLAPPING CHRIS ROCK AT THE OSCARS 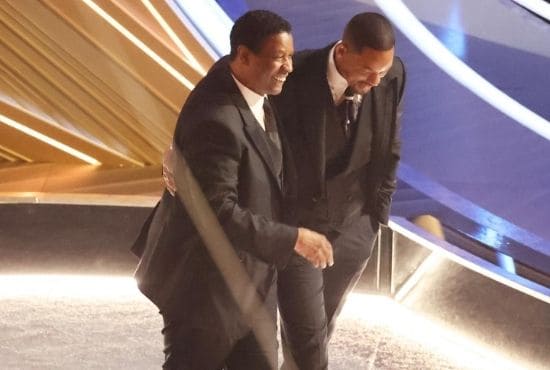 Denzel Washington warned Will Smith about the devil after he slapped Chris Rock at the Oscars.

On Monday, Will Smith and Chris Rock made the headlines after a shocking incident that was aired on national television. Will slapped Chris on stage during the Academy Awards after Chris threw a joke about Will’s wife, Jada Pinkett.

Jada suffers from alopecia, an autoimmune disease that caused bald patches on her scalp. While delivering one of his comedy skits, Chris made a joke about Jada’s condition. After noticing that her wife was uncomfortable with it, Will walked up the stage and slapped Chris real hard.

As he got back to his seat, Will warned Chris not to mention his wife’s name again. Everyone was in shock by what happened, including Chris.

Later during the show, Will was awarded his very first Oscar for his lead performance in the movie “King Richard.” He played the role of Venus and Serena William’s father, Richard. During his acceptance speech, he shared that Denzel Washington warned him about the devil after the incident took place.

“Denzel [Washington] said to me a few minutes ago, ‘At your highest moment, be careful. That’s when the devil comes for you,’” Will revealed. “I want to be a vessel for love.”

The father of three, then continued to explain why he reacted that way and apologized to the Academy. He also compared himself to Richard Williams and how he defended his family.

“Richard Williams was a fierce defender of his family. At this time in my life, at this moment, I am overwhelmed by what God is calling on me to do and be in this world,” Smith said with tears streaming down his face.

Later on, both Will Smith and Chris Rock made a public apology to each other for the way they acted during the Oscars. They both admitted that they were out of line with their joke and their reaction during that night. 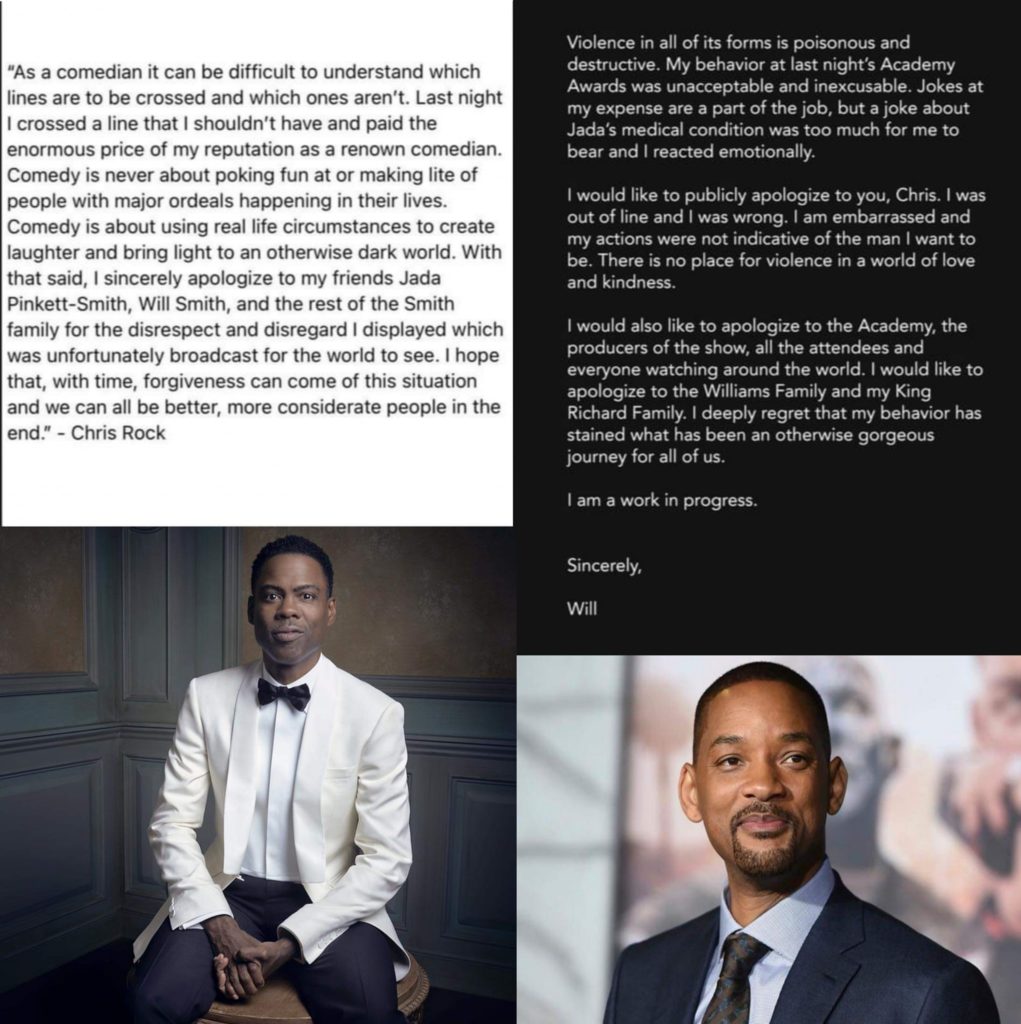