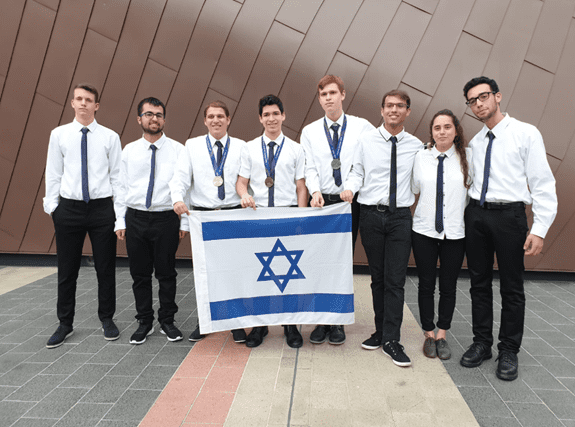 Members of the Israeli Physics Team won several accolades at the Asian Physics Olympiad which took place last week in Australia and were awarded gold, silver and bronze medals as well as an honorable citation.

The Asian Physics Olympiad has been taking place since 2000, and the State of Israel has competed in this framework since 2001. This year, the Asian Games were held in Australia and 200 students from 25 countries took part, including eight from Israel.

The Ministry of Education and the Future Scientists Center run the training programs for participation in the various science Olympiads, in partnership with the leading universities in Israel. The physics team was trained at the Ben-Gurion University of the Negev.

“Physics is one of the most important engines of science, so we see it as an important infrastructure for investment,” he said.

Eli Fried, Director of the Center for Future Scientists, said that “the Israeli national team in physics has brought great pride to the State of Israel. The impressive achievements of the delegation members are the result of effort and perseverance along with the highest level of professional training they receive.”

Israel is slated to host the International Physics Olympiad this summer.

A member of the Israeli team to the 53rd International Mendeleev Chemistry Olympiad organized by the Russian University of St. Petersburg won a bronze medal last month.