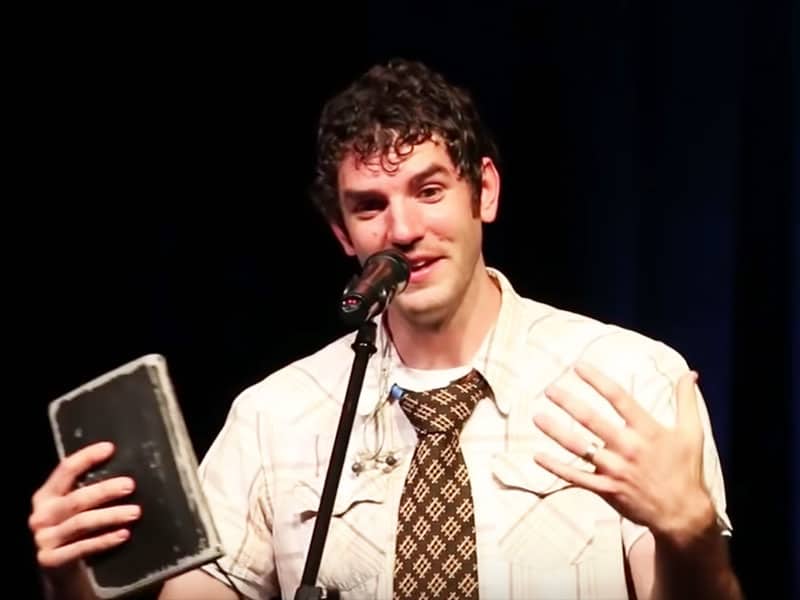 Just like Paul (Saul) in the Bible, Micah Wilder was a very zealous believer of religion. He was a Mormon missionary who came to know Jesus after being challenged by a Pastor to read the Bible like a child.

Micah grew up in a very strong and faithful Mormon home. He was taught that through religious works and duties he could make himself right with God. He was even taught that there’s no salvation outside of the Mormon church. And when he was 19 years old, he went to on two year Mormon mission in Orlando, Florida.

As a young Mormon missionary, Micah was naive about the fact that Orlando is a very evangelical and Bible-based area. But even though this was the case, he was convinced that he would be able to convert others to Mormonism. He believed he would become the greatest missionary ever. 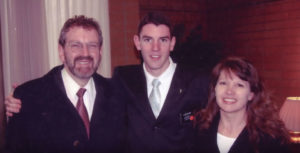 Without hesitation, he began knocking on doors telling people about his faith. A few months later, in his overzealous attempt to convert people, he talked to a Baptist minister hoping he could win over the congregation too. He sat down with him and tried to convert him to Mormonism. But the Pastor’s response shed light on the truth that Jesus is the only way to be right with God. Micah was then presented with the Good News in Jesus Christ.

Initially, he argued with the Pastor. However, the Pastor only challenged him to read the Bible as a child. And frustrated, he left and decided to take on the challenge.

For 18 straight months, Micah read the New Testament. Eventually, as he continued to saturate himself in the Word of God the truth of Jesus changed him. Three weeks before his two year mission ended, he became a born again believer of Jesus. Micah was changed and he couldn’t hide it!

The day finally came when Micah had to stand in front of his peers and leaders to share their testimony of what he had learned during his mission. He got up sharing one thing, “that Jesus Christ is all that I needed, that His blood and His grace were sufficient for my eternal life. I knew for the first time in my life that I was saved not because of my works but because of the free gift of grace that He was offering me.”

The audience sat in silence. Two days later, after publicly sharing his testimony, Micah received a phone call from one of the Mormon leaders. They wanted to talk and it was one of the most terrifying moments of his life. 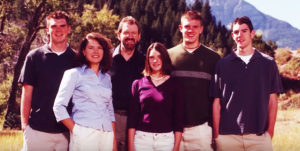 His mom was a tenured professor of BYU and his dad was a high priest in the Mormon church. He had two brothers who had completed their two year missions. He had a girlfriend who was also Mormon and a scholarship at BYU. It had been his life and everything wanted to be. But God called him out of that into a relationship with Him.

Ready To Lose Everything To Gain Christ

He pleaded to God for help and to give him strength and grace. Micah turned to the Word of God before the confrontation. He was led to Matthew 19:29, “And everyone who has left houses or brothers or sisters or father or mother or wife or children or lands, for My name’s sake, shall receive a hundredfold, and inherit eternal life.” God spoke directly to his heart before having to face them.

“I realized so quickly that if I lost everything in the world for the sake of gaining Christ that it was worth the cost because I was gaining something that far surpassed anything that the world or my religion could offer. And that was a relationship with my Lord and my Savior, my God,” he spoke in tears.

The day came when he had to face the Mormon leadership. Micah shared the Gospel and explained that all he needed was Jesus.  Jesus was enough to pay for his sins and reconcile him to Father God.

“I knew that He had bought me and paid for my salvation with His blood and I was His,” he proudly recalled.

And what happened next was something Micah never imagined possible. He was prepared to lose everything for sake of Christ, but God gave him more than what was lost.

Watch the video for the full amazing testimony of Micah Wilder.

Ex Mormon Gives Most Incredible Testimony EVER! Will Give You Chills!