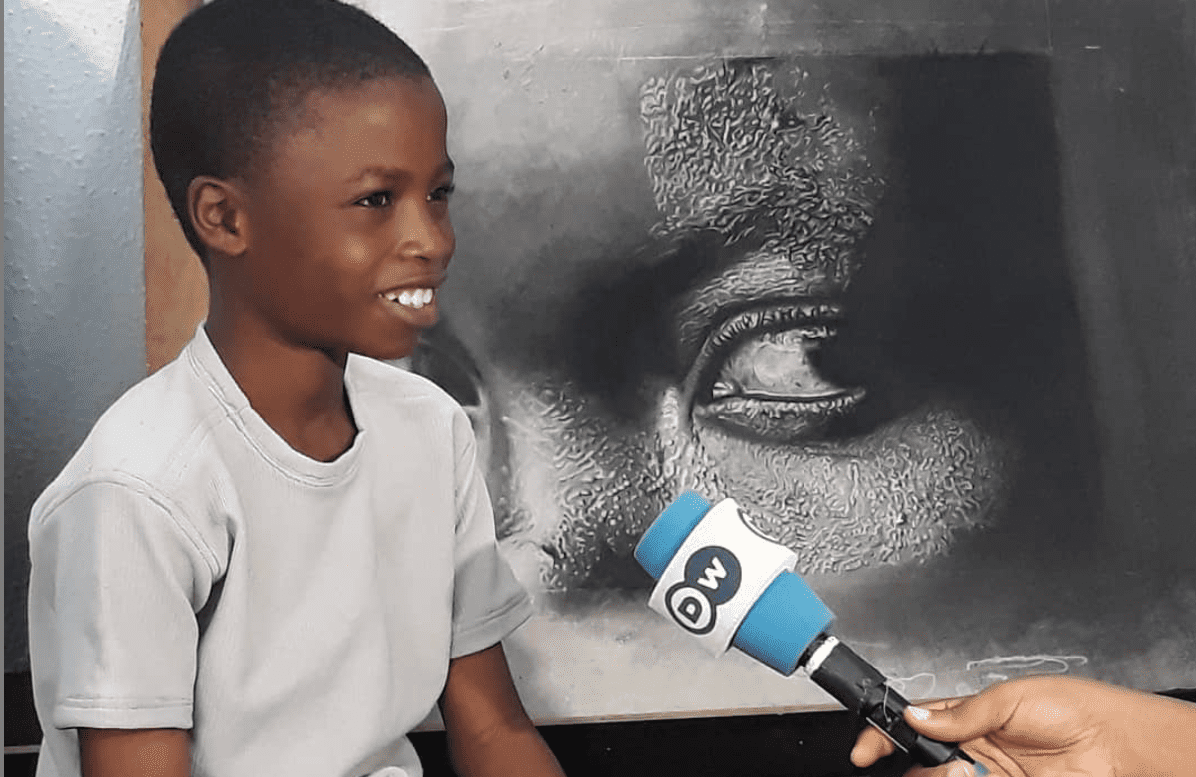 Meet The 11-Year-Old ‘Leonardo da Vinci’ Of Our Day

Waris Kareem Olamilekan from Lagos, Nigeria is a child genius who draws life-like portraits of all types of people including high profile celebrities and leaders  – most notably the President of France!

Waris, who calls himself ‘Waspa’, started drawing at the age of six and went professional at eight. He is one of a growing number of artists in the Nigerian capital who specialise in hyper realistic drawing – an art form that produces hand-drawn images resembling photos and focusing on the smallest detail.

My first hyper realism pencil artwork. This artwork titled “Hygiene” actually brought me into limelight last year. I derived the inspiration of the this artwork from @oba_rose Please visit her page to know more about her. Thank you all for supporting me #waspaart #ayowoleacademyofarts #obarose

He is a student of the Ayowole Academy of Art, created by graduate art student Adeniyi Adewole who has the highest expectations for Waris. “He can go far, further than even beyond our expectations because I believe with what he has been doing, he’s going somewhere greater,” Adewole says on the video below from Africa Live.

Da Vinci of our time

“We used to tell him don’t see yourself like a roadside artist. Believe you can have a name like Michelangelo, or [Leonardo] da Vinci. I see him as the da Vinci of Nigeria, of our time!”

Waris came from a poor family where life was a struggle and finding food was a challenge. His mother was a cool drink vendor on the streets of Lagos and he would often use the little money he was given to buy biscuits to buy paper to draw on. However after drawing President Emmanuel Macron of France he become known internationally and things began to improve dramatically for him and his family.

It seems he has been ‘adopted’ by a Nigerian bank and his family have been provided with a new apartment. “I thank God the Almighty for His mercy and grace. Forever will I continue to praise you. My family and I now move to our new house,” he shared on Instagram.

God has clearly given Waris an extraordinary talent and we know that He uses our giftings to cause us to stand before kings.

Furthermore, 1 Timothy 4.12 tells us not to dismiss our talents because we are young and Waris is a brilliant example of a boy who has clearly found his niche in life and is exploring it to the full.

“Don’t let anyone look down on you because you are young, but set an example for the believers in speech, in conduct, in love, in faith and in purity.”

He is an inspiration to us all to discover the God-given gift we have inside us, no matter how young or old we are and devise a strategy to bring that greatness that lies within each of us out to the world.

Pray for Waris that God would continue to fine tune his talents and use his gift to inspire many others to find their’s.