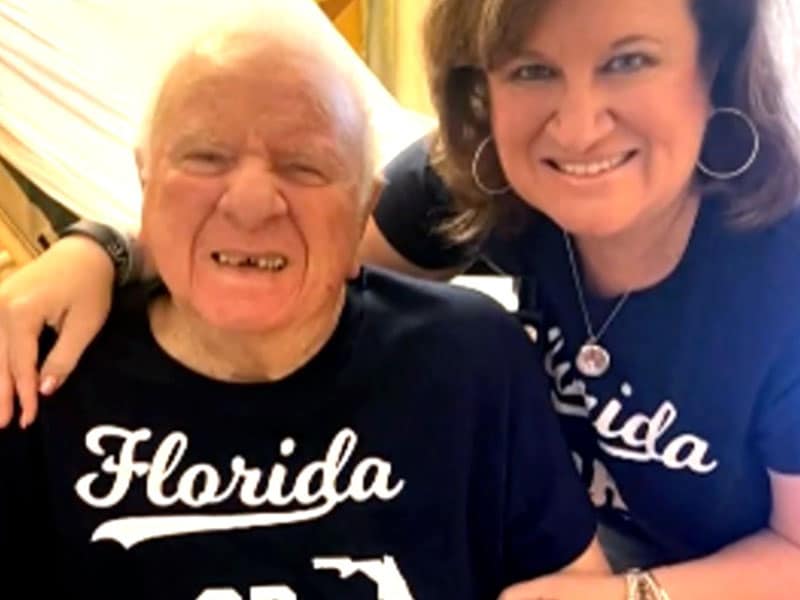 After ten years of praying and searching for her biological father, the Christian minister finds her dad from a word of knowledge God gave her.

Searching For Biological Father For 10 Years

Deanna Shrodes was adopted and never met her biological parents as a child. But she eventually met her birth mother and kept in touch with her for 20 years. However, she never told her about her biological dad. She kept the secret with her until she died in 2019 due to cancer. But her mom told her a few things, “that he was Greek and from Richmond, Virginia.” 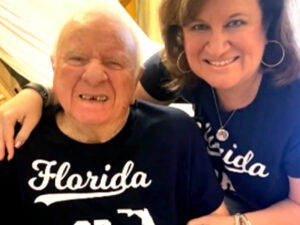 Deanna, now an ordained minister in Florida, searched for her biological father for many years. She kept praying while taking the initiative on social media to reach her dad. She created Facebook groups to ask for help from others. Also, she “signed up with DNA registries, hoping that there will be match somehow.”

One day, while praying to God, Deanna received a prophetic revelation from Him. God revealed her father’s name was “Gus.”

“I told my husband, I told my best friend Laura … I said, ‘Listen, guys, you might think I’m crazy, but I was in prayer,” she recounted. “God spoke this to me: Your father’s name is Gus.’”

Finally, in May 2022, Deanna found her biological father. Through a DNA match, she met a cousin she never knew for the first time. The cousin then told her, “I think you’re my Uncle Gus’ daughter. And I said, ‘I think that, too.’”

It’s been ten years, and the Florida minister thought she would find a biological father in the grave. That’s why she was mind blown that he was still alive.

Deanna’s father is now 92 years old, and just like what God told her, his name was indeed Gus Nicholas. He is a “retired ballroom dance instructor who had been in Richmond all his life.”

Due to his old age, Gus was kept in a nursing home. He apparently prayed to God for a family. Then Deanna showed up, and it deeply elated the elderly that he had a daughter all along.

“He said, ‘I woke up this morning and I was alone. … And now this afternoon, I have a daughter. I have a son-in-law, I have three grandchildren. I have great-grandchildren. …I ‘m not alone in the world anymore.’” 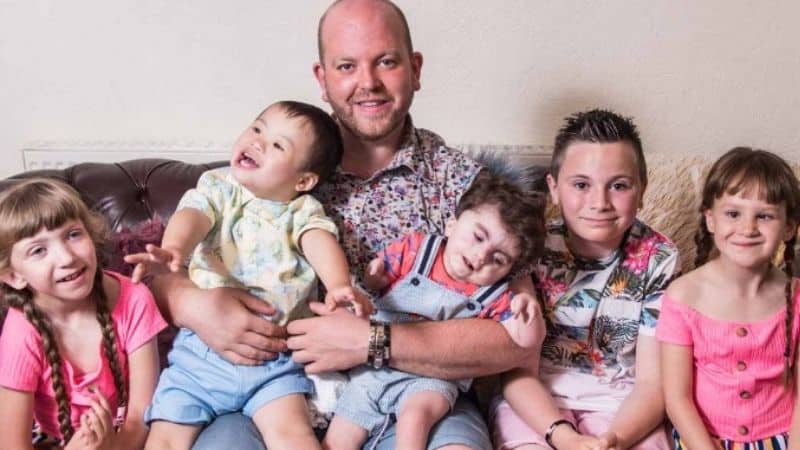 Single Dad Adopts Five Disabled Children, Promises To Protect and Provide For Them

A single dad from Huddersfield in West Yorkshire, England is an inspiration, having adopted five special needs children to raise on his own.

The single dad with a big heart 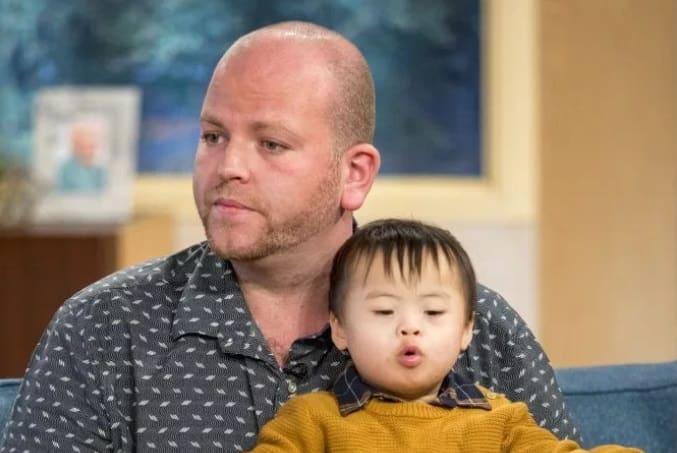 35-year-old Ben Carpenter has opened his home to five little kids, each with a specific disability. He initially just wanted to adopt one child and never imagined he would have five!

When Ben saw an advert looking for parents wanting to adopt a child he didn’t think he stood a chance, being single.

“I originally saw an ad from a local adoption social services looking for adoptive parents and I thought, well, they’re not going to want me as a single guy, I was convinced they wouldn’t take me seriously, but I was over the moon when they did,” he added.

“I knew I’d be able to care for them”

In actual fact, Ben is more than qualified to look after his children given his experience of being a carer of adults with special needs. This has given him the confidence to believe in himself that he is capable of being a responsible father.

“I’ve never wanted biological children because there’s much, much more than just being biologically linked to a child,” he said. “My children are my children!”

Ben’s five kids, each a blessing in their own way 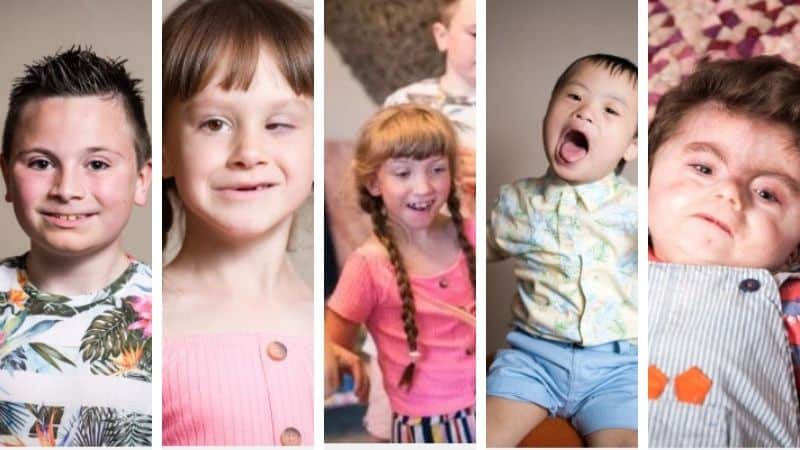 His son Jack has autism, Ruby has Pierre Robin syndrome, Lily is deaf, Joseph has Down Syndrome, and Noah has Cornelia de Lange syndrome.

According to Ben being a father is the most important thing in his life. He has promised to do everything for his children, to love, protect and provide for them.

“Anyone can be a father, but it takes someone special to be a dad,” he says.

Ben is truly a superhero for these children. His big heart will help them, to feel loved and accepted. His act of love is unconditional and selfless.

Trust God for Your Defining Moment

Sometimes we go through life and nothing changes, but then that defining moment happens and life will never be the same.

Have you wondered where God is in your situation? Pushed memories so deep that you struggle to remember them? Perhaps you’ve drifted away from God and can’t feel His Presence?

Walking with God can sometimes feel like He isn’t with you.

Watch this episode of Let’s Get Real as the panel discuss the defining moments that forever changed their lives and walk with the Lord.

Sue shares about how she dealt with a tough situation she faced with her daughter – anorexia nervosa. Recognising that having never suffered from it herself she initially struggled to relate and found her faith going through a series of levels. She totally believed God would heal her daughter but as the days turned into months and the months years without realizing it she lost hope that she would be healed. But she had a defining moment at a conference and remembered that “Hope changes everything”. Without Hope we get low and our expectation grows faint.

“Hope deferred makes the heart sick, but a longing fulfilled is a tree of life.” (Proverbs 13:12)

Sue realized she had allowed the devil to steal her hope by conceding he had won the battle for her daughter.

Marj reminds us of the need to spend time in the Lord’s presence and the impact it has when we don’t. She relays her own defining moment when she was due to fly to Thailand for her son’s wedding and her passport had run out. “I realized I’d become so consumed with the preparation for the wedding that I’d forgotten the importance of just staying close to Him”. Then when everything worked out perfectly she had her defining moment and has never missed her time with the Lord since.

Be open to what the Lord wants to do in your life. There may be old memories and wounds that you don’t know how to deal with. Wounds that are still affecting your life.

Alison shares about her historic abuse and how God met her me in a most amazing way and God said, “I cried every tear you didn’t cry, if I was not bound by My word I would have rent the heavens and come down and rescued you because you matter that much to me and what happened to you was not your fault.”

Sometimes even when we’ve pushed away painful memories as a way to survive God can meet with you. Chris was adopted as a baby and grew up not feeling like she truly belonged or knew who she was. “All my life until my late 30s, I didn’t know who I was, so I created a person who I thought I ought to be, I would be whatever you wanted me to be”. She didn’t really feel she wanted to pursue her birth mother initially. But then she found herself in her mother’s home country and had an amazing defining moment that only God Himself could have orchestrated. “My story really is about restoration”. You never know what the Lord has planned but if you have faith and trust in Him, He will surely meet with you.

Leah Johnson Singer from NGM joins the panel to share how God’s plans for her life unfolded as she continued to trust Him and much to her delight she was invited to sing in the remake of Luv Esther the musical.

Watch this episode and be expectant for that defining moment with God!

This article was written by Deborah Armin