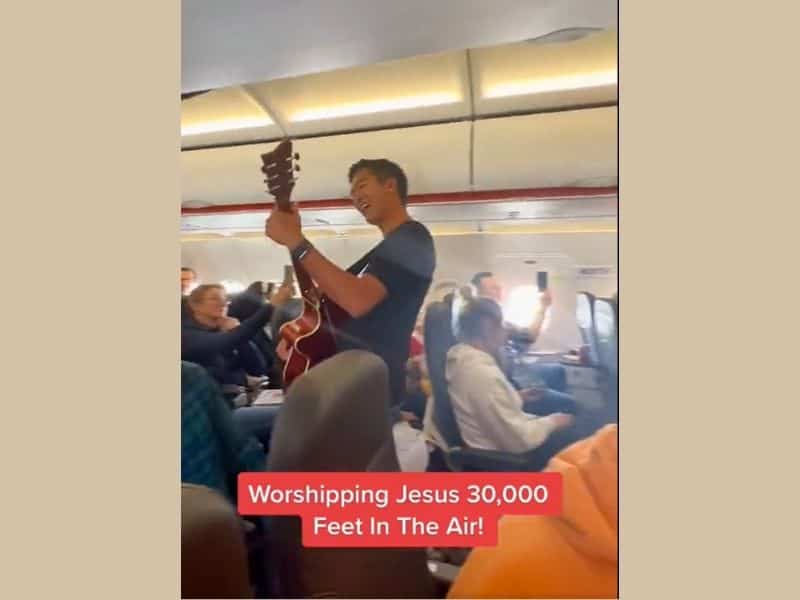 Christians In Viral Video Worship On Airplane Respond To Backlash: “We Brought Joy To The Flight..”

A video of Christians worshiping on an airplane circulated online as it garnered various opinions. Although the gesture was pure intentions, different people commented on it as “forced” and “disturbing”. But, the pastor responded with grace and revealed the truth behind their radical expression of faith.

Viral video of Christians on flight

Pastor Jack Jensz Jr., founder and president of Kingdom Realm Ministries, shared a video response and explained the moments before leading to the beautiful time on the plane.

He and his team were flying from the Ukrainian border, where they ministered and gave humanitarian aid to the Ukrainian refugees. Over the last month, they witnessed how God showed up amid the country’s crucial times.

In a Christian Post interview, he said, “We actually saw healings and miracles. Multiple people received healing in their bodies, and it was beautiful. It’s like God was kissing them, saying, ‘I’m with you, and I’m for you, and I love you’ by healing their body. It was incredible!”

The decision to sing on the plane came because they wanted to continue to bless the people. “We decided, ‘How awesome would it be if we could just bless these people with a song,” he said. “And bring hope and joy to this flight as so many people are in such a devastating place..?'”

So, they introduced themselves to the air host and requested permission to sing a song “to bring joy and hope to the flight.”

Jensz explained that if the pilot and the air hosts would have said no, they would have honored it. But, all of them agreed.

They were then welcomed with applause from the passengers as the flight attendant announced their presentation. The team sang “How Great is Our God” by Chris Tomlin. People were smiling and filming as they watched along. There were even some who got emotional and cried. He said, “It was just a beautiful time, and it seemed like everyone was truly blessed.”

The air hosts and passengers even came to them with thanks after landing.

Their video clip went viral after Muslim US Representative Ilhan Omar shared the video with the caption, “I think my family and I should have a prayer session next time I am on a plane. How do you think it will end?”

It uproared commenters saying the event was “forcing everyone to listen to worship music against their will.”

But, to Jensz and the team, the worship time was an opportunity to share with people the love of Jesus.

When asked if singing Christian songs on a plane is encouraged, Jensz replied, “I think that if you ask for permission and it’s granted. And what you have to say is encouraging and uplifting and brings hope and light, sure! … We live in a beautiful, free country, and we’re free to express what we believe and what we stand firm on in our hearts and if that’s bringing life.”

And to the negative backlash, he shared that if Jesus and his disciples were persecuted, it is also expected of all followers of Christ. 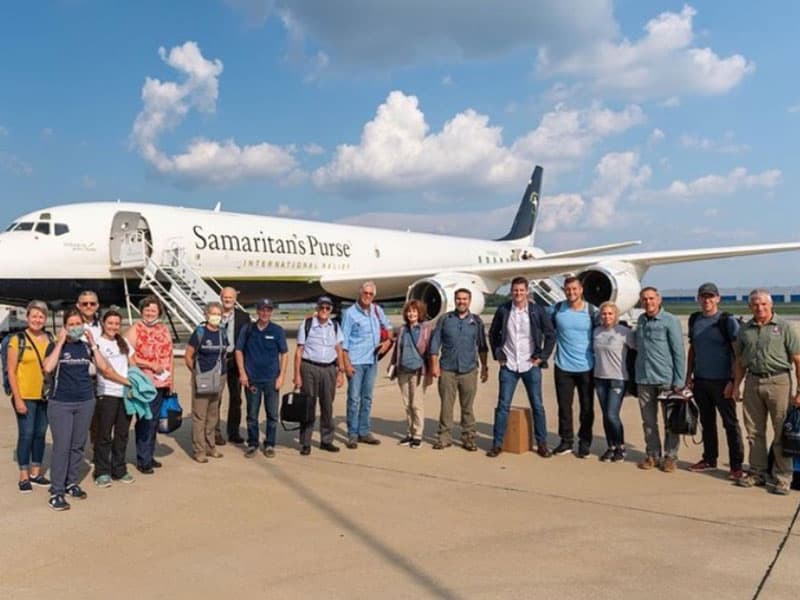 Apparently, Samaritan’s Purse loaded its DC-8 cargo jet with medical kits, hygiene kits, and other items. The plane delivered these goods to the Afghanistan region. The Christian organization’s president evangelist Franklin Graham led the initiative. Along with his son Edward Graham and former athlete Tim Tebow to support the refugees and evacuees fleeing the Taliban. 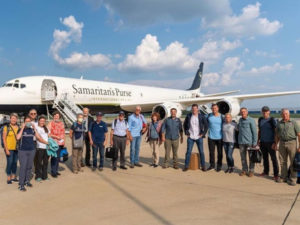 After the controversy surrounding the Taliban taking over rulership in Afghanistan, many Afghans were displaced. For that reason, the volunteers and military personnel’s felt compassion towards the refugees and evacuees. As a result, it encouraged Edward Graham, the ministry’s assistant to the vice president of programs and government relations.

“After all the discouragement, know that America will rally and work together to help those suffering,” he wrote on Instagram. “Proud of our military and their families.” 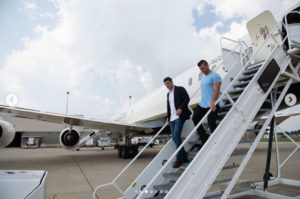 Moreover, the well-known former professional athlete, Tim Tebow, also participated in the initiative to help. Tim never posted his trip on his social media platforms. But the ministry shared photos of the mission showing that the television analyst was with them. 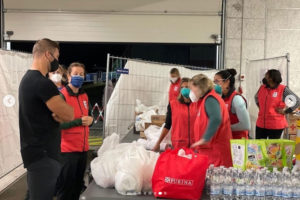 Further, Franklin thanked him for his help. In an Instagram post, he told the athlete, “Tim was a great encouragement to everyone on the ground.”

The Samaritan’s Purse president also stressed how the Afghans need the world’s support now more than ever.

“Protocols changed, and evacuees weren’t even allowed to bring a suitcase when they left,” he said. 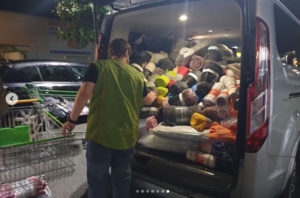 According to Ken Isaacs, vice president of programs and government relations at Samaritan’s Purse, the refugees might be living in camps for “a while.”

“We want to show them the love of Jesus where they are, regardless of what they believe,” he said. “On the ground.” 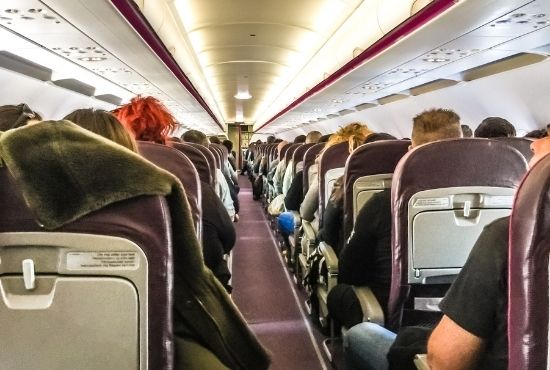 This man boldly preached God’s love and the Gospel in an airplane full of passengers after he heard God’s voice.

Weyman Dodson was on a flight bound to Oslo, Norway when he heard the voice of the Lord command him. The Lord commanded him to share His love with all the passengers. The plane has just landed and everyone was preparing to get off the plane when he heard God saying, “Tell everybody that I love them, tell them about my love.”

It was six in the morning and everyone was just waking up from sleeping during their overnight flight. Weyman hesitated and tried to ask God if it’s the right time for him to preach. However, God was certain that it is the right time for Him to show His love for them.

“I felt God tell me that He is the best thing to talk about all the time. There’s never a time that we may face that we shouldn’t declare the word of the Lord. The reality is that the word of God is the greatest thing that we could talk about in all seasons.” 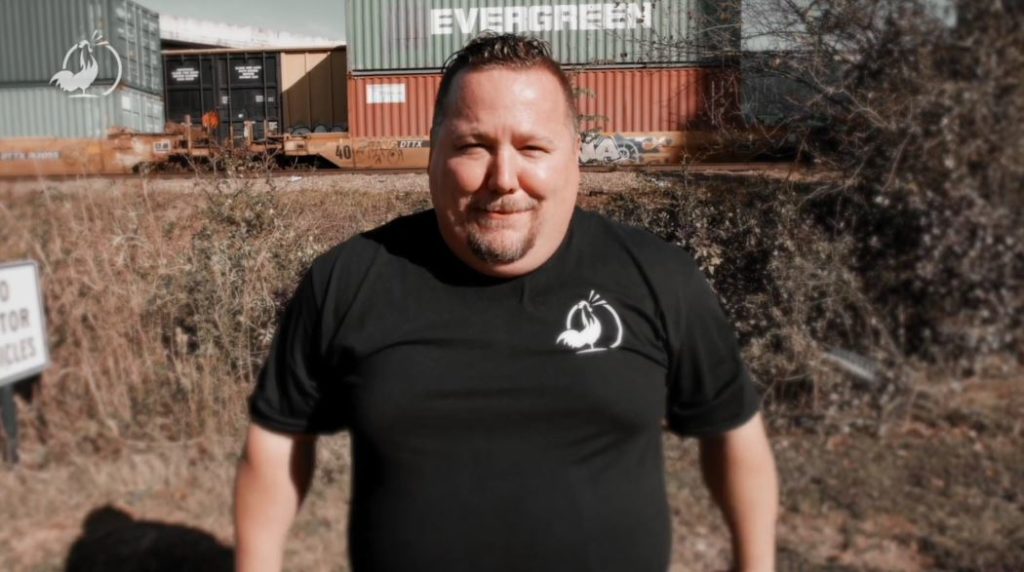 Filled with God’s love and compassion, Weyman boldly stood up, with arms raised high, preached the Gospel to every passenger.

“Brothers and sisters, I would encourage you in this hour, more than ever, across the globe, in every nation. The greatest thing that we could do is literally preach the word of God.”

Today, he encourages everyone to talk about His love and preach the Gospel no matter what our season may be.

“The Bible says that we’re to preach the Gospel in season and out of season. When we release the seed of God, the word of God, it’s actually a seed. And it actually creates fruit, it actually creates and causes things to come into order. It gives identity to people, they actually begin to understand who they are. They begin to live as sons and daughters of God.”

Read also: Here’s What We Need To Learn From Persecuted Christians 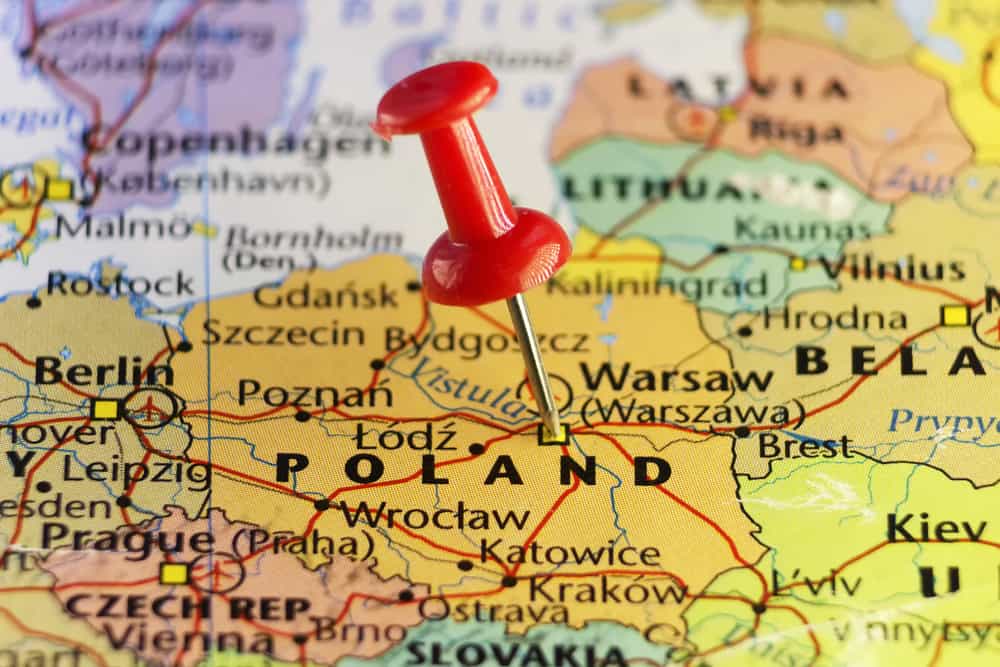 Flight Deck: 8 Things I Liked About Poland And A Couple Of Things I Didn’t