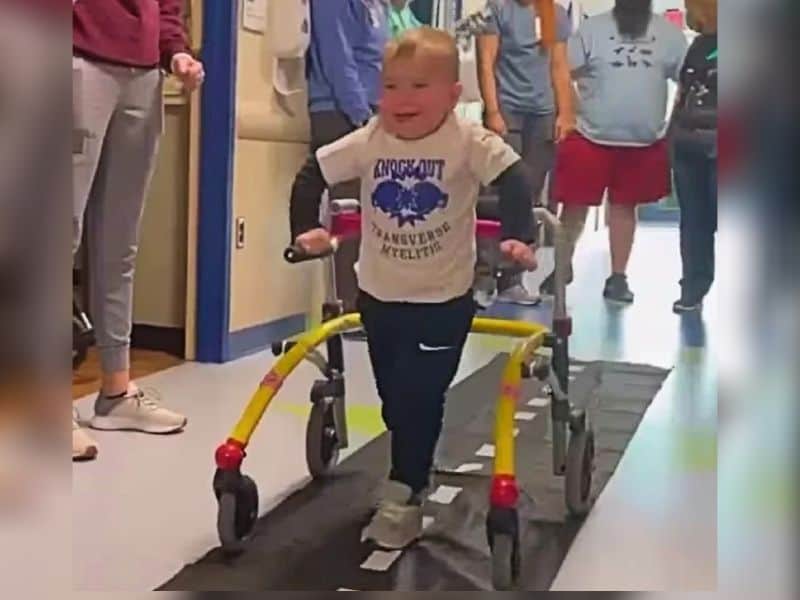 A paralyzed 2-year-old boy miraculously recovered and hospital staff cheered him on as he walked out of the hospital.

Usually a happy and playful 2-year-old boy, Alaric Bridgeman’s life suddenly changed in an instant due to a hidden disorder. At the beginning of December 2020, the young boy began to suffer from transverse myelitis. It is an inflammation of the spinal cord and it left him in terrible condition.

Alaric was paralyzed when he was rushed to Akron Children’s Hospital in Ohio. The hospital staff tirelessly worked hard to save the young boy’s life. After a few days in the hospital, his family regained hope when Alaric showed improvements.

“On December 20, he finally displayed some intentional movement, and the hard work started there,” Akron Children’s Hospital posted on their Instagram account. 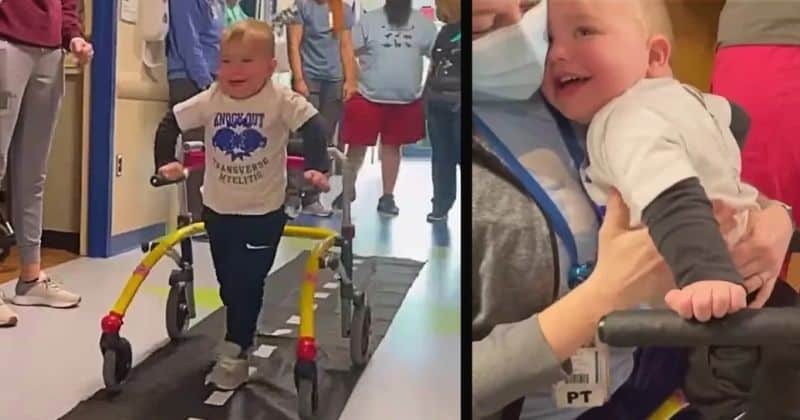 Together with his physical therapists, Alaric persevered to walk again. His dad, Dustin, even helped him make long walks across the hospital hallways to help him recover faster. While doing so, they were able to befriend with everyone they passed by.

Earlier this February, miraculously, Alaric was able to walk out of the hospital! They designed one of the hospital’s hallways as a race track where Alaric walked with his walker. The hospital staff, his family, and friends cheered on him to celebrate his joyful day of recovery.

“It was a very exciting day to send Alaric home and see all the incredible progress he has made,” the hospital added to their Instagram post.

The Akron Children’s Hospital described the 2-year-old boy as “small and mighty” as he fought for his life and made his recovery. Today, the young boy finally claimed victory over his disease and is enjoying his life just as any toddler would.